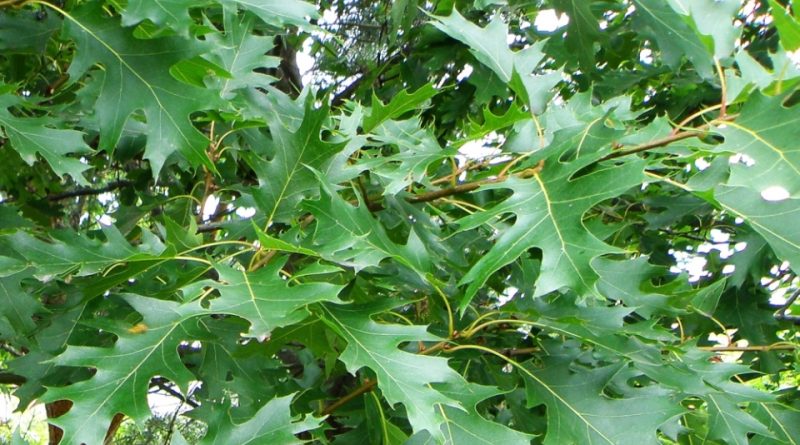 The red oak (Quercus rubra L., 1753) is an arboreal species belonging to the Fagaceae family.

Systematic –
From the systematic point of view it belongs to the Domain Eukaryota, Kingdom Plantae, Subarign Tracheobionta, Superdivisione Spermatophyta, Division Magnoliophyta, Class Magnoliopsida, Subclass Hamamelidae, Order Fagales, Family Fagaceae and then to the Genus Quercus and to the Specie Q. rubra.

Etymology –
The term Quercus comes from quercus, the Latin name of the oak, a plant sacred to Jupiter. The specific epithet rubra is due to the presence of characteristic reddish elements.

Geographic Distribution and Habitat –
The Red Oak is a species with origins in the central-eastern areas of North America and Canada around the Great Lakes; spread in the Rocky Mountains. It is a typical species of the middle and upper mountain horizon and the lower subalpine one, where it finds the best climatic conditions between 450 and 1200 m of altitude; in particular conditions it can go down as far as 600-800 m above sea level, as in the Tarvisio area. The plant was introduced in Europe in the first half of the eighteenth century for ornamental purposes, for its showy autumn red color. In Italy it is quite common in parks and gardens. 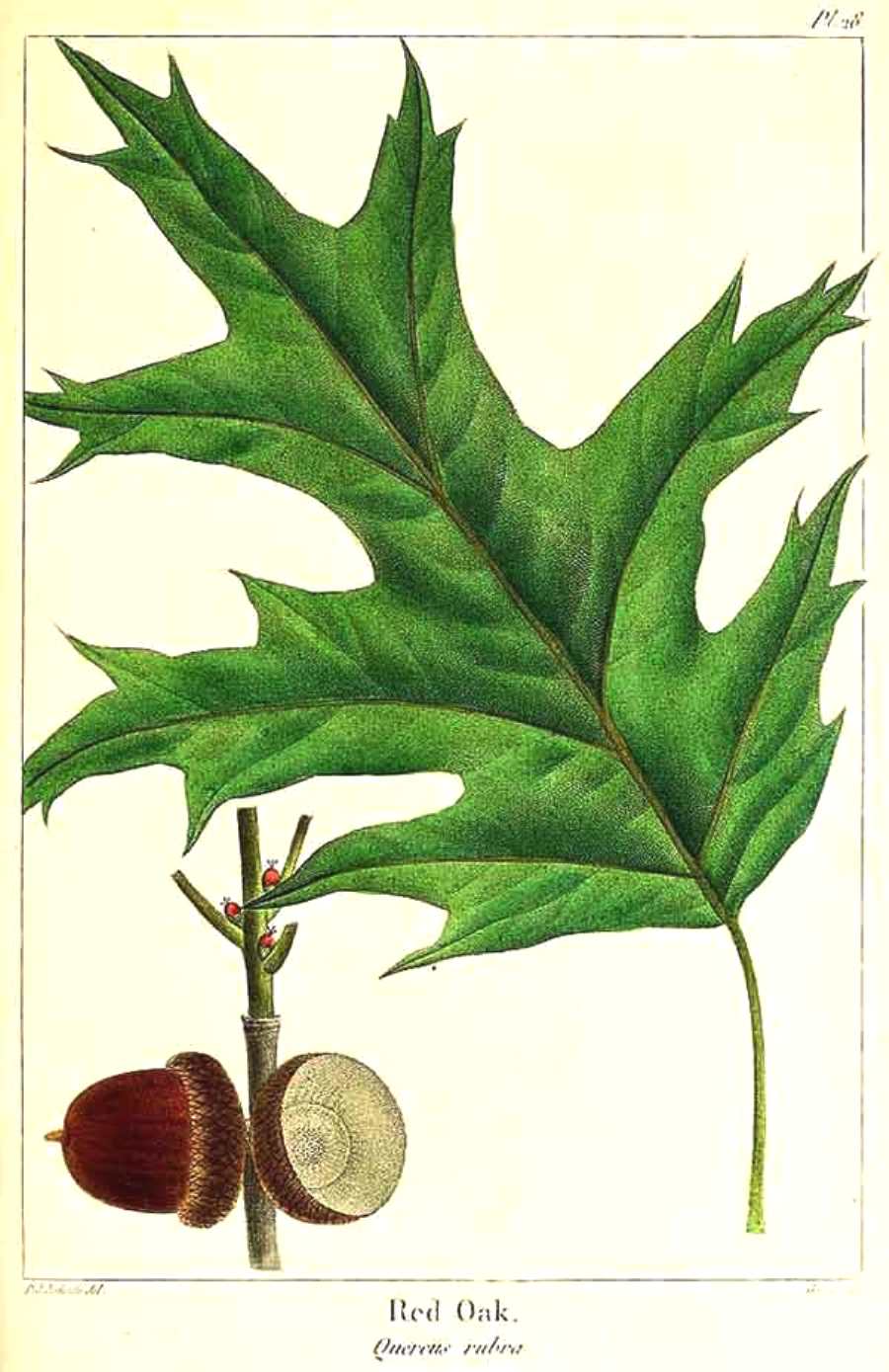 Description –
Quercus rubra is a tree that can reach 25 meters in height, with almost columnar posture in the young specimens and then become globose and expanded. The rind is initially gray and shiny, then becomes opaque, wrinkled and vertically cracked. It has deciduous leaves, alternate and long up to 20 cm, with petiole of about 2 cm and with lamina with toothed-aristate lobes. The leaves, before falling, in the autumn period, take on a beautiful purple color.
It is a monoecious species with unisexual flowers; the male flowers are yellowish, arranged in glomeruli and produced in catkins, the female ones are solitary or in small groups, inserted on the branches with a short peduncle. It produces oval acorns of 2-3 cm which have slightly flattened domes supported by a short peduncle and mature in two years.

Cultivation –
The Red Oak is a plant that bears temperatures well up to -25 ° C and suffers from too dry and hot climates, preferring cool summers and rainy winters. It prefers drained, deep and fertile soils and, unlike other oaks, denotes chlorosis problems in calcareous soils. Therefore, they are ideal terrains of granitic origin and with subacid pH.
It is an oak that does not like the proximity of other plants and prefers to expand freely and does not tolerate the shade like other oaks.
The plant propagates by seed, with planting in November on well-worked soil, with good drainage but still sufficient moisture. The planting hole must be very deep (160 cm wide and equally wide) and, to facilitate drainage, with 10 cm of pebbles on the bottom and a mixture of filling given by excavation earth, universal soil or leaves and sand (for 20%). The guardian must be eliminated after three or four years. The use of fertilization is only necessary in case of very poor soils and for young plants. It can live up to a hundred years.

Uses and Traditions –
The species is cultivated for silvicultural use for its rapid growth and for ornamental purposes due to the good appearance of the foliage, which in autumn assumes a purple-red color; in some environments it has become sometimes intrusive as in the woods of English oak (Quercus robur) of central-northern Europe and northern Italy, as in Lombardy, Piedmont and Veneto, where it is forbidden to plant and cultivate to protect the local biodiversity .
Quercus rubra was introduced in Europe in the seventeenth century to beautify parks and gardens; subsequently it has found employment as a forest species for its ease of adaptation and rapid growth. Given its characteristics of rapid growth and rusticity, it is used in parks, gardens and trees. Ideal also as a large isolated specimen. Training pruning in alternate years is necessary for those plants that can not benefit from full sun exposure and therefore tend to bend towards the light becoming asymmetrical. It is also used in forestry where the speed of growth and its resistance towards the Oidium are exploited.
In addition to ornamental and silvicultural purposes, it is also used for timber production. Wood is not as prized as European oaks, but it is durable and easy to work with. It is used for floors, windows, poles and as fuel.
It is naturalized in Campania, Basilicata and throughout northern Italy.

Preparation Mode –
The Red Oak, in addition to ornamental uses, forestry and for the use of wood does not have particular uses in the food or pharmaceutical field.