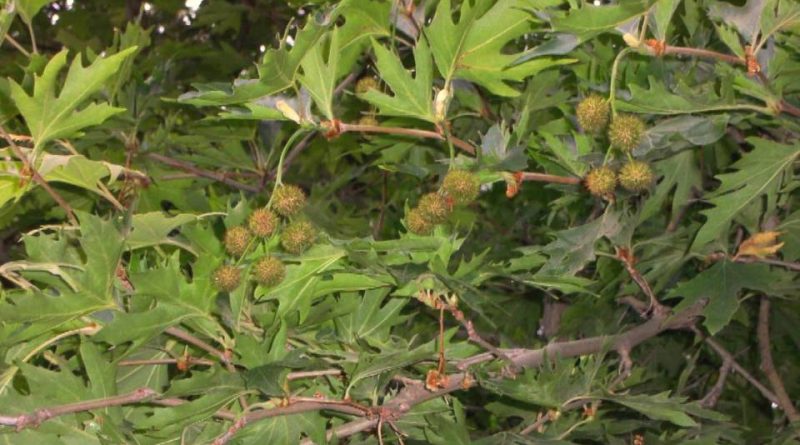 The Old World sycamore or Oriental plane, (Platanus orientalis L.) is an arboreal species belonging to the Platanaceae family.

Etymology –
The term Platanus comes from the Greek πλάτανος plátanos platano orientale, derived from πλατύς platýs broad, broad, due to its wide foliage or large leaves. the specific epithet orientalis derives from sol orientis, the rising sun and therefore the east itself: of the east, east, indication of the area of ​​distribution.

Geographic Distribution and Habitat –
The Old World sycamore is a plant native to the eastern Mediterranean, with a distribution that goes from southern Italy to the southern Balkans on one side, passing through Anatolia and going up to Afghanistan and the western buttresses of the Himalayas while on the other it goes down to the Palestinian region. As for Italy, it has been spontaneous since time immemorial in Sicily and southern Italy, where its presence is in contraction.
Its habitat is represented by the area that goes from Lauretum to Castanetum, where it lives in bright areas and preferably in alluvial soils and near water courses. 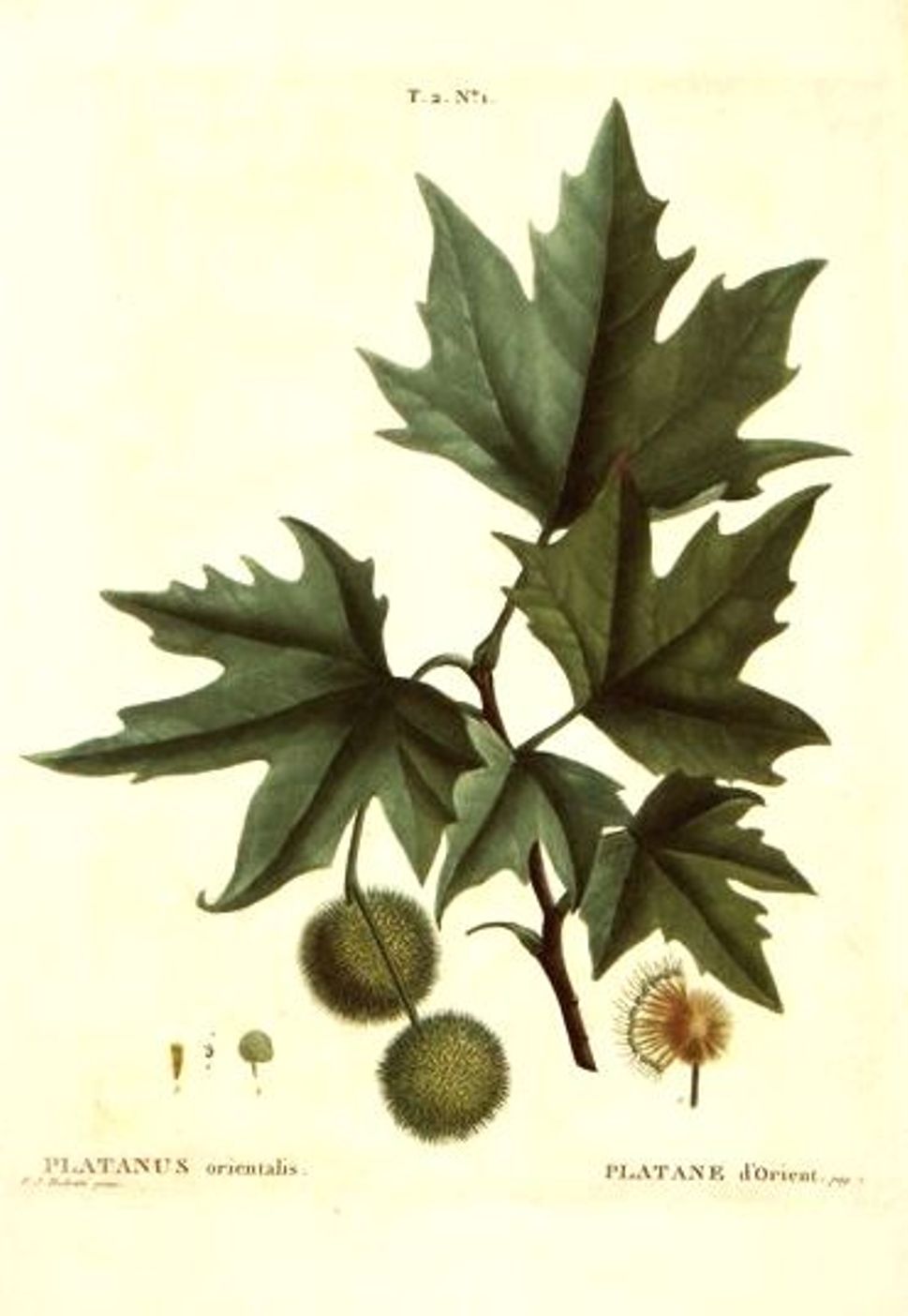 Description –
Platanus orientalis is a plant that can reach a height of 30 meters, with a very tapered trunk and with considerable diameters. The bark is gray, reddish-brown and creamy, and fissures in foils that remain attached to the plant on one side.
The leaves are deciduous, alternate, with a long petiole of 4-10 cm, palmate-lobed, with long and wide leaf of 12-25 cm, with 3-5 acute and toothed lobes, bright green in the upper page and more clear in the lower one.
The flowers are very small gathered in separate clusters, with the masculine ones of yellow color and the feminine ones of reddish color. The fruits are pendulous with a single peduncle that unites up to 6, are dense and brown.

Cultivation –
The Old World sycamore, like other plane trees, prefers alluvial, fresh, permeable, deep soils and preferably warm climate. It is a plant with medium to high brightness requirements and is also resistant to winds, including brackish winds. A fundamental condition for its development is the presence of water. In forestry it is cultivated with high or low coppice, with tall trees only for ornamental purposes, also lending itself to drastic pruning; it is a plant quite resistant to pest attacks. The protuberances of the trunk that are frequently observed are due to the phenomenon of “blastomania” which leads to the production of anomalous buds of buds as a result of physiological alterations.

Uses and Traditions –
Over the centuries, Oriental Platano has played a symbolic role as well as for its uses, for the production of wood and some of its works. The importance of the plane tree in the Mediterranean basin is confirmed, for example, by the toponym Teheran which means “place where the plane trees grow”. Throughout the East it is considered a sacred plant, symbol of God and therefore planted near temples and sources.
In ancient Greece, the Platanus was revered as a sacred plant to Mother Earth because the shape of the leaves resembles the open palm of a hand that blesses. A legend tells that in the Earthly Paradise, the Serpent, after having attempted Eve, for fear of a vengeance of the Lord, hid in the hollow of a great Plane, which at the time had a smooth and silvery bark. When God passed from tree to tree in search of the Serpent, the Plane, seduced by the Devil, did not reveal to house him in his branches. But the Lord Almighty did not allow himself to be deceived and cursed by the Plane, by making his scaly bark like the skin of the Serpent and forcing him to change it like the reptile he had protected.
Eastern Platanus is also present in the myth of Hercules, who tells how he killed a monster (the Hydra of Lerna, the second of the seven labors) right under a Plane tree. This plant was chosen by Jupiter to celebrate the wedding with Juno. Socrates gave his lessons under a Plane tree.
Platanus orientalis was introduced into Italy in 400 BC, where it was a highly revered plant; it is said that a Roman senator, out of respect for the plant, watered his plane trees with wine. Even Pliny the Elder testifies, with his writings, the spread of the plane tree in Gaul by the Romans. After a period of darkness coinciding with the Middle Ages in which it is no longer spoken, the plane tree became more widespread in the Renaissance, when Italy became an artistic reference for the whole continent and therefore conditioned the art of the gardens, determining their diffusion in the UK. In 1750 the Oriental Platano spread in a widespread manner throughout France by the work of Louis XV and, later, to Napoleon’s passion for the plane tree and the tree-lined avenues, is linked to its new diffusion in all countries affected by war campaigns.
The Platanus orientalis has been widely used both for forestry and ornamental purposes until the eighteenth century when it was replaced in use by the hybrid plantain which is more rustic and fast growing.

Preparation Mode –
Platanus orientalis, in addition to silvicultural and ornamental uses and for the use of wood, does not cover other important interests in the pharmaceutical or food sectors.