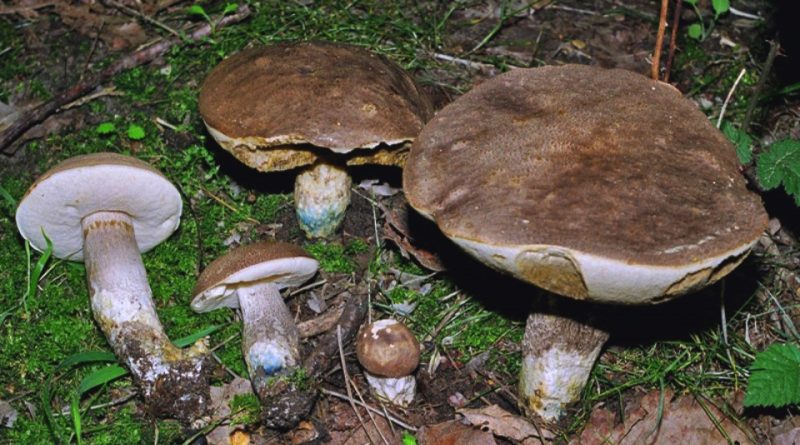 Systematic –
From the systematic point of view it belongs to the Eukaryota Domain, Kingdom Fungi, Basidiomycota Division, Basidiomycetes Class, Order Boletales, Family Boletaceae and therefore to the genus Leccinum and to the Specie L. duriusculum.
The term Boletus duriusculus Schulzer ex Kalchbr is synonymous. 1874.

Etymology –
The term Leccinum derives from (i) líceus, derived from ílex, -icis leccio: from the holm oak, related to the holm oak. The specific epithet duriusculum is the diminutive of comparative durior of hard, hard durus: somewhat more rigid.

Geographic Distribution and Habitat –
The Leccinum duriusculum is a symbiotic species that grows under poplar species, especially Pioppo tremulo, in the period between summer and autumn; it prefers calcareous soils and grows sometimes isolated but more often in large groups. 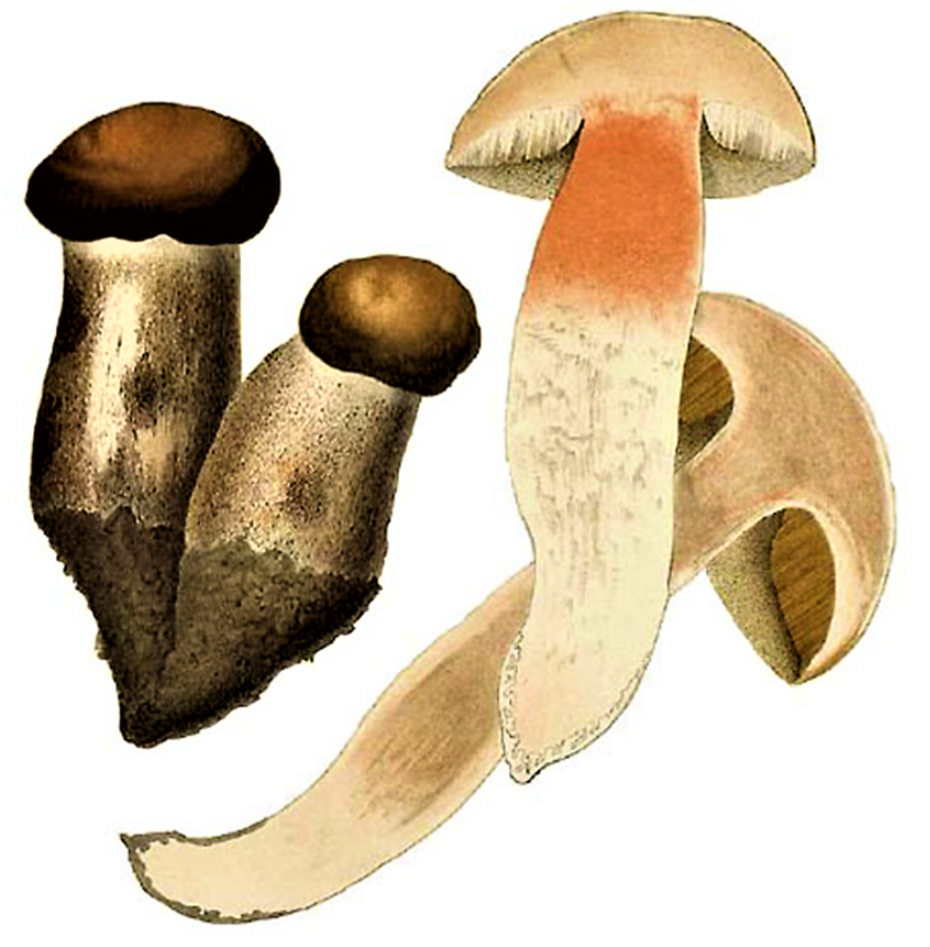 Recognition –
This Leccino is recognized for having a hat of 4-16 cm in diameter, with a convex expanded hemispherical shape; the cuticle is slightly excess, smooth, opaque, finely velvety, which can be chapped in dry weather, with a brownish-gray to brownish-red color, sometimes with lighter shades tending to ocher towards the margin. The tubules are up to 3 cm long, from free ad to the stem, whitish to gray or cream colored with age. The pores are small, 0.3-0.5 mm in diameter, round, concolorous to the tubules, then from gray to cream-gray with olive nuances; these to the touch turn to brown. The stem is 8-17 x 1.4-2 cm, robust, compact, cylindrical, slightly thinned at the apex and claved at the base, whitish in color, covered with fine punctuation or small scaled granules that form longitudinal striations that they can join to form a lattice, first brownish then blackish, typically spotted of bluish-green at the base. The flesh is white, rather compact that when cut quickly turns from the salmon-pink, reddish, which lasts for a long time, up to the violet-gray with darker shades and tending to the greenish blue at the base of the stem, never completely blackening ; it has a subtle smell and taste, like the other leccins.
Under the microscope, spores of 13-14 x 4.8-5.1 μm, spindle-shaped with conical apex, with evident subiline depression, smooth, brownish-olive in mass, are noted. Basidia measure 19-37 x 6-9 μm and are clavate and tetrasporic. The cysts are abundant on the edge of the pores, measuring 20-75 x 5.5-17 x 2-4 μm, lageniforms, often with rather long neck, not colored or with intracellular brown granulations. The caulocystides measure 25-110 x 5-12 x 2-6.5 μm, lageniforms or fusiformes. Absent the buckle joints.

Cultivation –
Leccinum duriusculum is not a cultivated fungus.

Uses and Traditions –
As for its determination, it is emphasized that the strong blackening of the meat, the greenish tones at the base of the stem and the close symbiosis with Populus spp. they simplify their recognition.
Regarding other similarities, we mention:
– the Leccinum duriusculum f. robustum Lannoy & Estadès, more robust and massive, is only an ecological form, of considerable size with a hat that reaches even 25 cm and over in diameter, with preferential habitat of white Poplar; however it is considered synonymous with Leccinum duriusculu;
– The Leccinum scabrum (Bull .: Fr.) Gray, a species that is better known and appreciated in Northern Italy, is distinguished by its almost unchangeable meat and growth habitat, generally associated with Betula spp. (Birch).
Furthermore, the Leccinum duriusculum can be confused with other species of the Scabra subsection (which includes Leccinum with almost unchanging meat and usually associated with Betulla) and of the subsection Albella (meat slowly turning to pinkish-violet and then blackish, never associated with Poplar).
This leccino is edible and is included in the national list of marketable species in the fresh state. Like all Leccinum, it is considered a good edible after adequate cooking, excluding the stem to be discarded because it is fibrous and leathery. Despite that the blackening of the meat increases with cooking, as for all Leccinum, is one of the most sought after and consumed among the “Porcinelli”. Its edibility is however greater in young specimens, with the exclusion of the stalk that is stringy, especially in the more mature specimens.

Preparation Mode –
For the consumption of this leccino it is advisable to consume only the hat, because the stem is fibrous; moreover, in order to be ingested, it necessarily requires proper cooking. Therefore, before using it, it is important to let the leccini mushrooms boil in their broth. Do not worry if they have been cut, or they change color after cooking. In fact, by their characteristic, they tend to have a darker color and is therefore an absolutely normal phenomenon. As most of the fungal species can normally be stored in the freezer after cooking or cut and dried, this does not exclude that they should be cooked when they are used. All this obviously serves to avoid health problems, which may occur after being taken to raw, among the possible symptoms that may occur there are nausea and severe pain in the abdomen.
The Leccini mushrooms are well sautéed in a pan, or sautéed with a little oil, garlic and some aromatic herbs that exalt the scent of the leccini and their sweetish taste. Such mushrooms, having a big hat, are excellent for being stuffed, in doing so you can use vegetables, cheese, minced meat, sausage and even fish; the choice of filling depends exclusively on personal taste. In turn they can also be an ingredient to flavor the stuffing of other vegetables such as cabbages. Another way to cook leccini mushrooms and get an exceptionally good second course is frying. After having given it the right breading, passing in the flour, the egg and the breadcrumbs, they are allowed to fry in a pan with the hot oil and the result will be excellent. Not even the possibility of preparing excellent sauces or soups that go to the wedding with the low temperatures of the season, and finally you can not forget the usual first course, namely risotto.