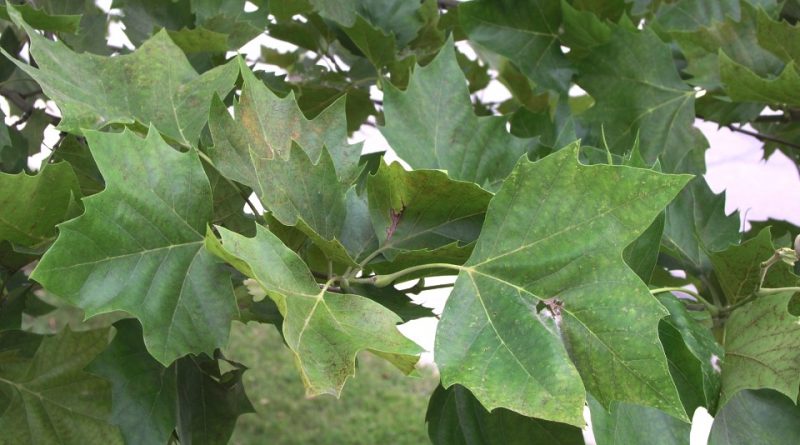 Etymology –
The term Platanus comes from the Greek πλάτανος plátanos platano, derived from πλατύς platýs broad, broad, due to its wide foliage or large leaves. the specific epithet occidentalis derives from western: reference to the distribution area.

Geographic Distribution and Habitat –
The American sycamore is a plant native to the eastern United States and Canada, with an area extending from the states that face the Atlantic up to the Great Plains and from Ontario to Texas, where it is also called by the term Sycamore, name used in other parts of the world for another type of plants. He arrived in Europe in 1636 but without arousing particular interest. 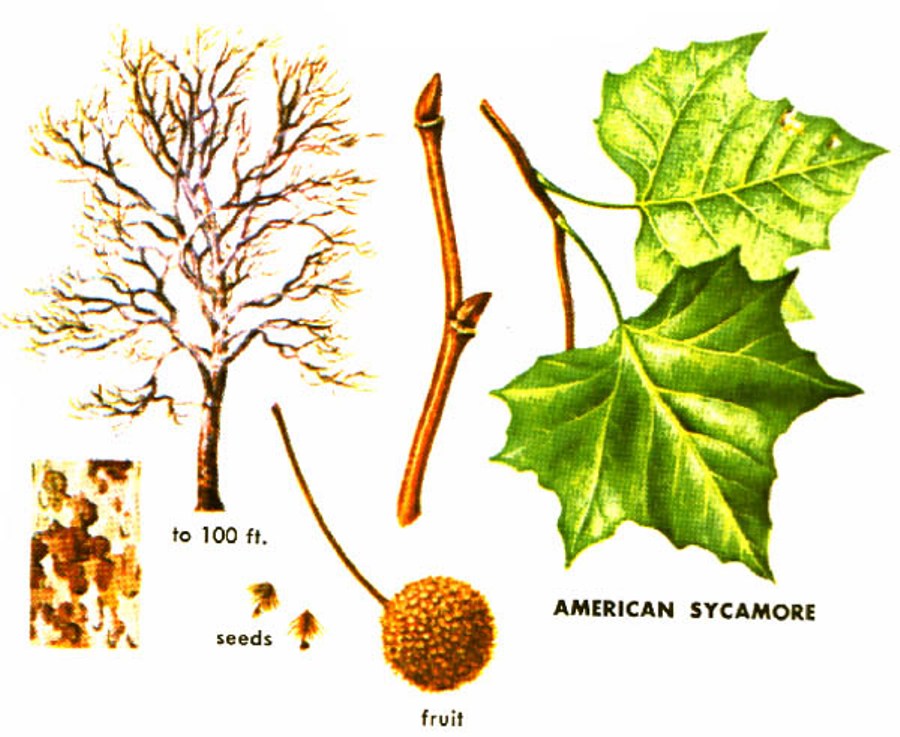 Description –
Platanus occidentalis is a large tree with a straight and slender stem that can reach a height of 30 – 40 m. The bark, brownish and rough, comes off in plaques leaving uncovered the new rind of light gray color. The leaves are palmate-lobed (three, sometimes five lobes) with very pronounced breasts and lobes wider than long, with the upper page glossy green and the lower pale. It is a monoecious plant characterized by very small flowers, with masculine ones of yellow and feminine color of reddish color.

Cultivation –
American sycamore is a plant that, like other plantains, tolerates heat, cold and urban pollution. It prefers sunny locations, even if it resists in the shade. It develops well in fertile and moist and well drained and deep soils but actually lives on any substrate. It should be watered only in the first year after planting, especially in summer if it does not rain. It likes organic fertilizer in the fall in the first years of life. Accept the pruning. Like other plants of the same genus, it can be affected by anthracnose, which determines dark leaf spots “flame” or “tongue of fire”, which then dry out, and can cause the shoots to dry out, resulting particularly dangerous in wet springs. and rainy, when it can cause serious defoliation. The disease is controlled by 2-3 interventions spaced 15-20 days, of which the first at the opening of the buds, with products based on copper salts, to spray on the entire head.

Uses and Traditions –
Platanus occidentalis is a species widely used for road trees, like other plane trees, or in public and private gardens, where obviously requires adequate space.
The plant is grown in America to obtain lumber to be used for cabinet making and to make furniture; it is also cultivated in Argentina and in Australia.
In Europe, since its importation in 1636, it has never been considered of great economic interest and is not very cultivated even as an ornamental. But it was precisely in Europe that it is believed to have given rise, through a spontaneous crossing with Platanus orientalis, to the much more important Platanus acerifolia.
Its limited use is due to the fact that both the Oriental and the hybrid Platano have better characteristics both at an ornamental and a technological level.

Preparation Mode –
American sycamore does not have a great interest, at least in Europe, in terms of ornamental uses or timber use, and it does not have particular food or pharmaceutical applications.