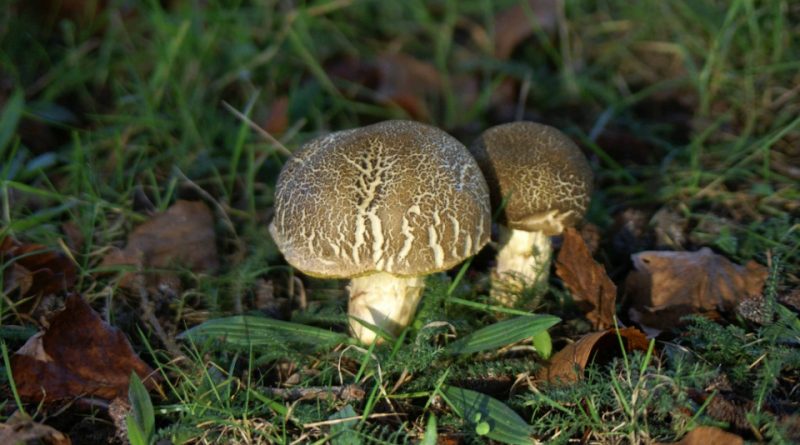 Etymology –
The term Leccinellum comes from (i) líceus, derived from ílex, -icis leccio: from the holm oak, which is relevant to the holm oak. The specific crocipodium epithet is derived from the Latin crocus, crocus, saffron and from the Greek poús, podós, foot, that is, from the saffron-colored foot.

Geographic Distribution and Habitat –
The Leccinum crocipodium is a symbiotic mushroom that has its habitat associated with Quercus and Carpinus but also Chestnut and Beech, but never under Betulle or Poplars. 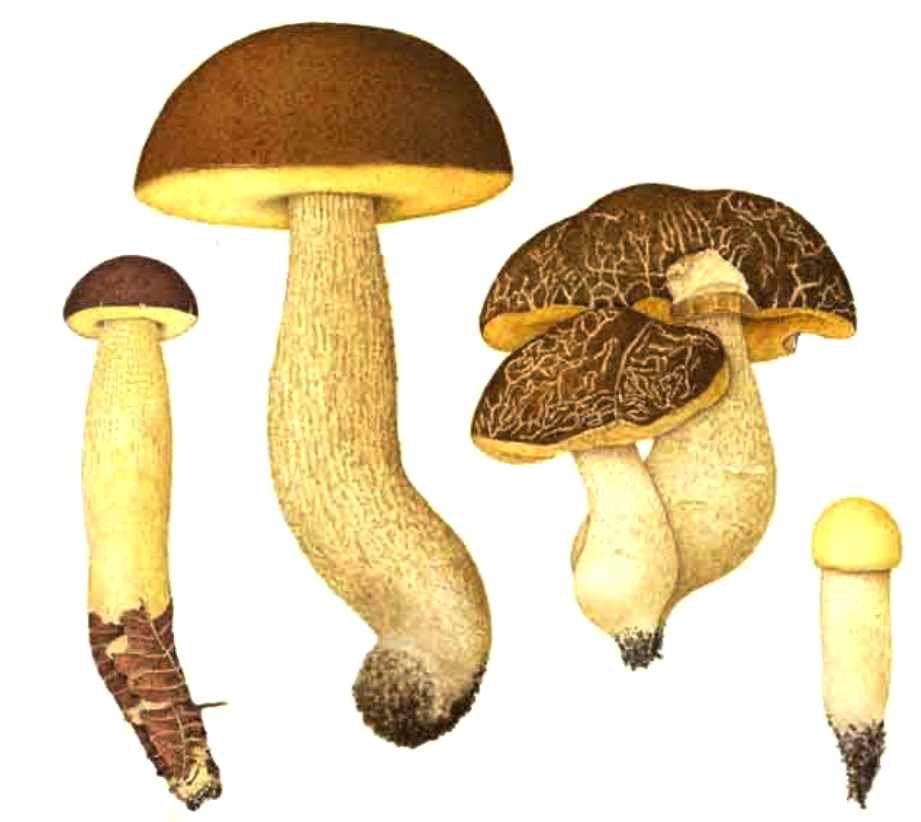 Recognition –
This mushroom is recognized for the medium-sized hat (4-10 cm in diameter), initially spherical, then convex and slightly cheek-like; the cuticle has variable colors from light yellow, ocher yellow, to olive yellow, which at late maturity tends to take brownish ocher colors; this is finely velvety, very thick with the characteristic dry cracked, with the presence of areolas, slightly overflowing at the edge. The hymenophore is characterized by long, thin tubules, free to the stem of yellow color, then citrine yellow, the pores are round, small, concolorous to the tubules. The stem is cylindrical, slender, slightly curved, sinuous, of fibrous consistency, tenacious, ventricose, attenuated towards the apex pointed at the base, light yellow, then darker, covered by fine roughness, initially concolorous and then more brownish . The meat is firm at first and then more soggy in the hat, tenacious and fibrous in the stem, to the section veers initially to reddish-pink then to gray-violet and finally becomes blackish, with faint fungal smell and sweet taste.
Under the microscope there are spores of 12-16 x 5-6.5 μm, smooth, fusiform, with conical apex, often also amygdaliforms, brown in bulk. The basidia are of 18-35 x 5-9 μm, clavati, tetrasporici. Cystides of 20-55 x 4.5-11 x 2-4 μm, lageniforms or fusiformes, without color or with brown intracellular pigment. Absent the buckle joints.

Cultivation –
Leccinum crocipodium is not a fungus cultivated also because of its not excellent value.

Uses and Traditions –
The Leccinum crocipodium is a fungus easily recognizable by the yellow pores and the meat that turns black.
Possible similarities confusion in the recognition can be made with other species including:
Leccinellum lepidum (H. Bouchet ex Essette) Bresinsky & Manfr. Binder = Leccinum lepidum (H. Bouchet ex Essette) Bon & Contu stands out for a more boisterous, less slender posture, for the cuticle that does not tend to crack and for a different toning of the flesh on reddish-pink hues.
Leccinellum corsicum (Rolland) Bresinsky & Manfr. Binder = Leccinum corsicum (Rolland) Singer is also a thermophilous species, but exclusively linked to particular habitats with the presence of Cistus, its dimensions are much smaller, the toning of the hand load meat, the cuticle is not velvety and chapped.
Leccinum pseudoscabrum (Kallenb.) Šutara = Leccinum carpini (R. Schulz) M.M. Moser ex D.A. Reid is separated by a moist, viscous cuticle, of a lumpy, wrinkled, hammered appearance, due to its pores having a non-yellow but grayish-white color. The meat immediately turns to gray-black, the typical habitat preferably Carpino woods, but it is not difficult to find it also associated with Quercia, Nocciolo, Castagno, but always with the presence of Carpino.
The Leccinum crocipodium is an edible fungus but it is advisable to discard the stem due to the fibrousness of the meat, which makes it difficult to digest; moreover it is not very appreciated because it takes on the black color when cooked.

Preparation Mode –
The Leccinum crocipodium can be prepared and stored like other edible leccini even if, when cooked, it takes on a dark color that does not appreciate it all.