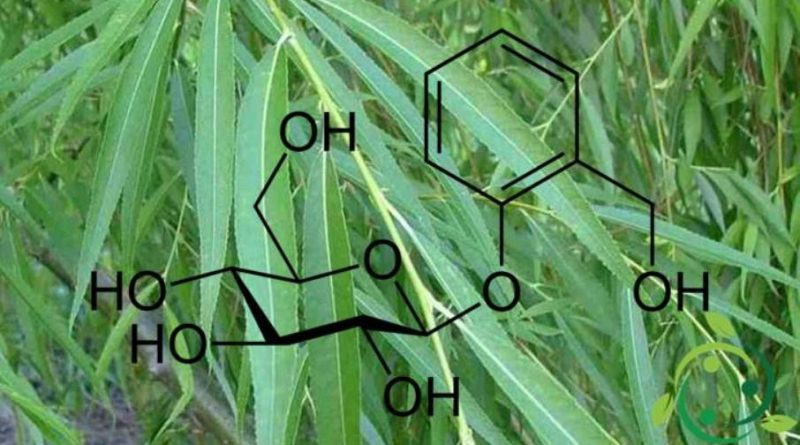 Salicin, whose name IUPAC is: (2R, 3S, 4S, 5R, 6S) -2- (Hydroxymethyl) -6- [2- (hydroxymethyl) phenoxy] oxane-3 and whose brute or molecular formula is: C13H18O7 , is a substance of white color, crystalline, odorless and of bitter taste.
Chemically, salicin is a β-glucoside consisting of glucose esterified by β-glycosidic binding with saligenin (salicylic alcohol).
Salicin is a compound found in many plants of the Salicacæ family such as the Willows and the Poplars; it is also found to be of appreciable quality in Viola tricolor and Filipendula ulmaria.
To obtain salicin we start from the bark of poplars and willows, collected in the late summer period; subsequently in the laboratory, in the alkaline environment, populine (6-monobenzoate of salicin) is extracted, which in the alkaline environment is divided into benzoate and salicin β-glucoside alcohol. Through the oxidation of the alcoholic function present on the aromatic part of the salicin molecule, salicylic acid is metabolized.
Salicin was extracted for the first time in 1825 by the Italian chemist Francesco Fontana; the extraction was made by white willow.

Later in 1828, Johann Buchner, in Munich, extracted from the bark of the white willow the crystals of salicin with a bitter taste. It was a year later, in 1829, that the French chemist, Pierre-Joseph Leroux, improved the process of extracting salicin from the bark and gave it the name Salicin.
Salicin has particular phytotherapeutic properties that make it a very used compound in pharmacology.
In fact, salicin possesses anti-inflammatory, antipyretic and pain-relieving activities. The mechanism of action is due to the inhibition of the cyclooxygenase cycle, due to the agliconic fraction (saligenin) of the molecule which is released in vivo in the small intestine, due to the enzymatic activity of the resident flora.
The use of this substance must always be related to the advice and the presence of a medium because, among other precautions, it can cause allergic skin reactions and other symptoms in elderly, children or pregnant women.