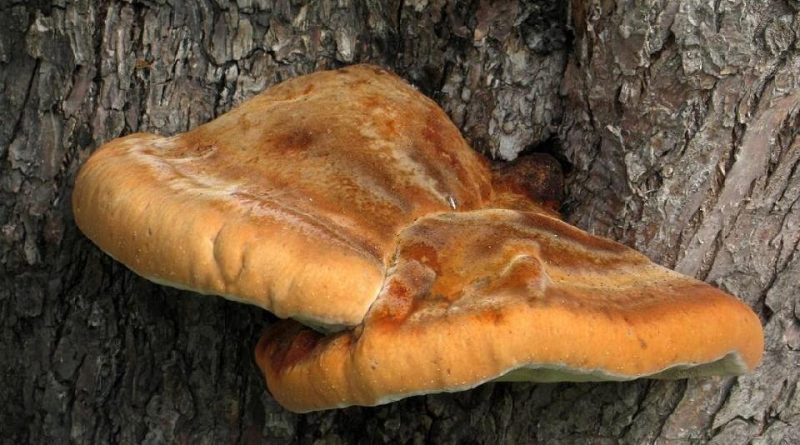 Etymology –
The term Inonotus comes from the Greek ἴς, ἰνός ís, inós muscle, fiber nerve and from οὖς, ωτός oús, otós ear: for the fibrous carpophore with the appearance of an ear. The specific epithet hispidus is due to the rough, shagreen surface of the carpophore.

Geographic Distribution and Habitat –
The Inonotus hispidus is a fungus that usually grows on fruit trees (apple trees, walnuts, etc.) but also on numerous live broad-leaved trees; it is very common and has often been found on poplars even in the avenues of the cities. It grows in the period between summer and autumn but persists in the trees for several years. In Italy it is present almost everywhere. 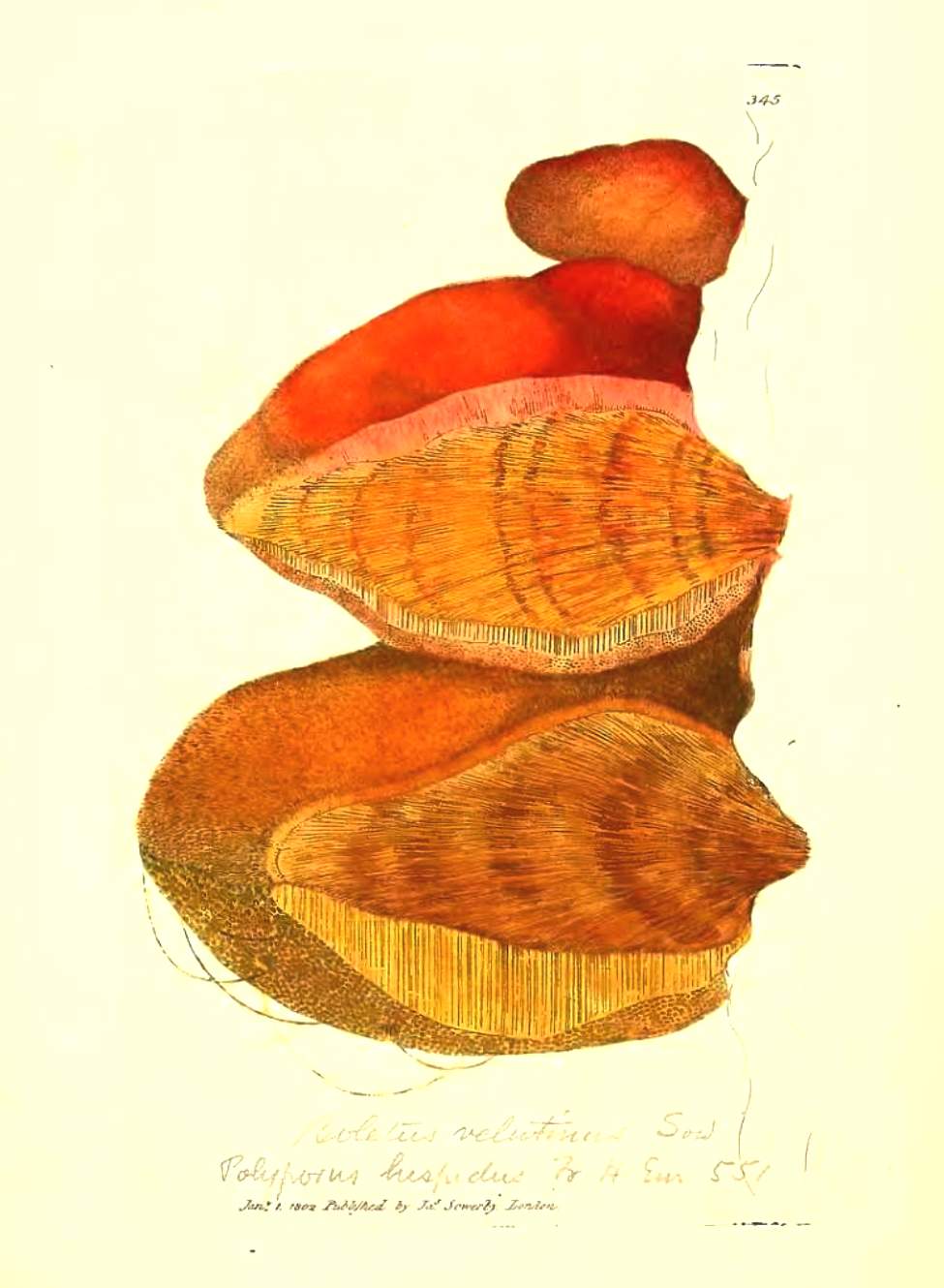 Recognition –
This fungus is recognized for having a fruit-shaped fruiting body, which can sometimes be fused with others in overlapping groups; It is thickly covered by a furry-hairy or bristly and has a variable color between ocher, bright brown and brownish. The tubules are long and brown-yellow in color. The pores are round or angular, with yellow-fawn or brown coloring. The meat is spongy or fibrous; yellow in color when young and then rust; often soaked with water to escape from the underlying pores; it becomes brittle with drying. Under the microscope there are spores of 7-9 x 6-7 μm, subglobose, of rust-colored mass.

Cultivation –
The Inonotus hispidus is not a cultivated fungus.

Uses and Traditions –
This fungus is the agent of the white caries of the central cylinder of trees that attacks. It can be confused with the Inonotus tamaricis (Pat.) Maire 1938, which is very similar in the structural morphological conformation and of similar coloring but differs in the smaller dimensions, due to the less brittle sterile surface; for the porous surface that does not secret water droplets and for the growth habitat that associates it exclusively with Tamerice trees.
The edibility of this mushroom is limited exclusively to the early stages of its growth, after which it becomes inedible because it is woody.
In the past it was searched and consumed and in Sicily its vulgar name is “Asca”; today modern mycology places it among the inedible mushrooms.

Preparation Mode –
If consumed very fresh, with the meat still tender, it could be prepared and stored as many bolete.