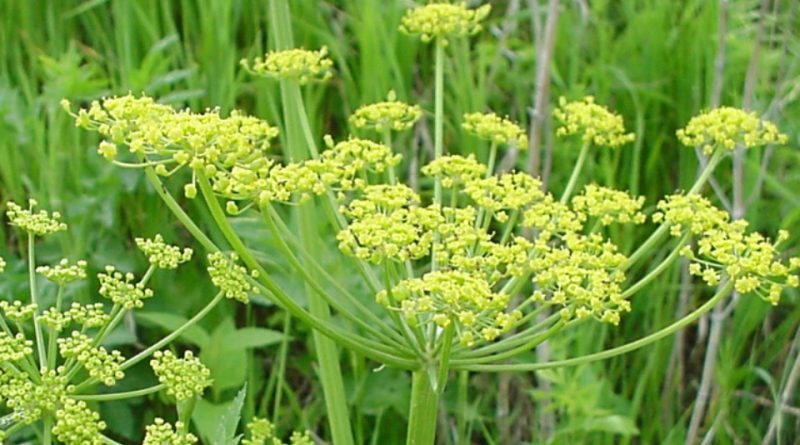 The parsnip (Pastinaca sativa L.) is a biennial herbaceous species belonging to the Apiaceae family.

Etymology –
The term Pastinaca comes from parsnips, a kind of carrot, this in turn from pastus nourishment: reference to the edibility of the root. The specific sativa epithet comes from satum (past participle of sero sowing, planting) sown, planted: which is sown or plant, cultivated, domestic.

Geographic Distribution and Habitat –
Parsnip is a species found in almost all areas of the world, but with important gaps in a continent or climate zone. It is a plant of Euro-Siberian origin that has become Subcosmopolita. In Italy it is common in all regions, where it grows in the meadows, along the roadside, cultivated, railway embankments, silty soils and rich in nitrogenous substances, from the plan up to 1500 m s.l.m. 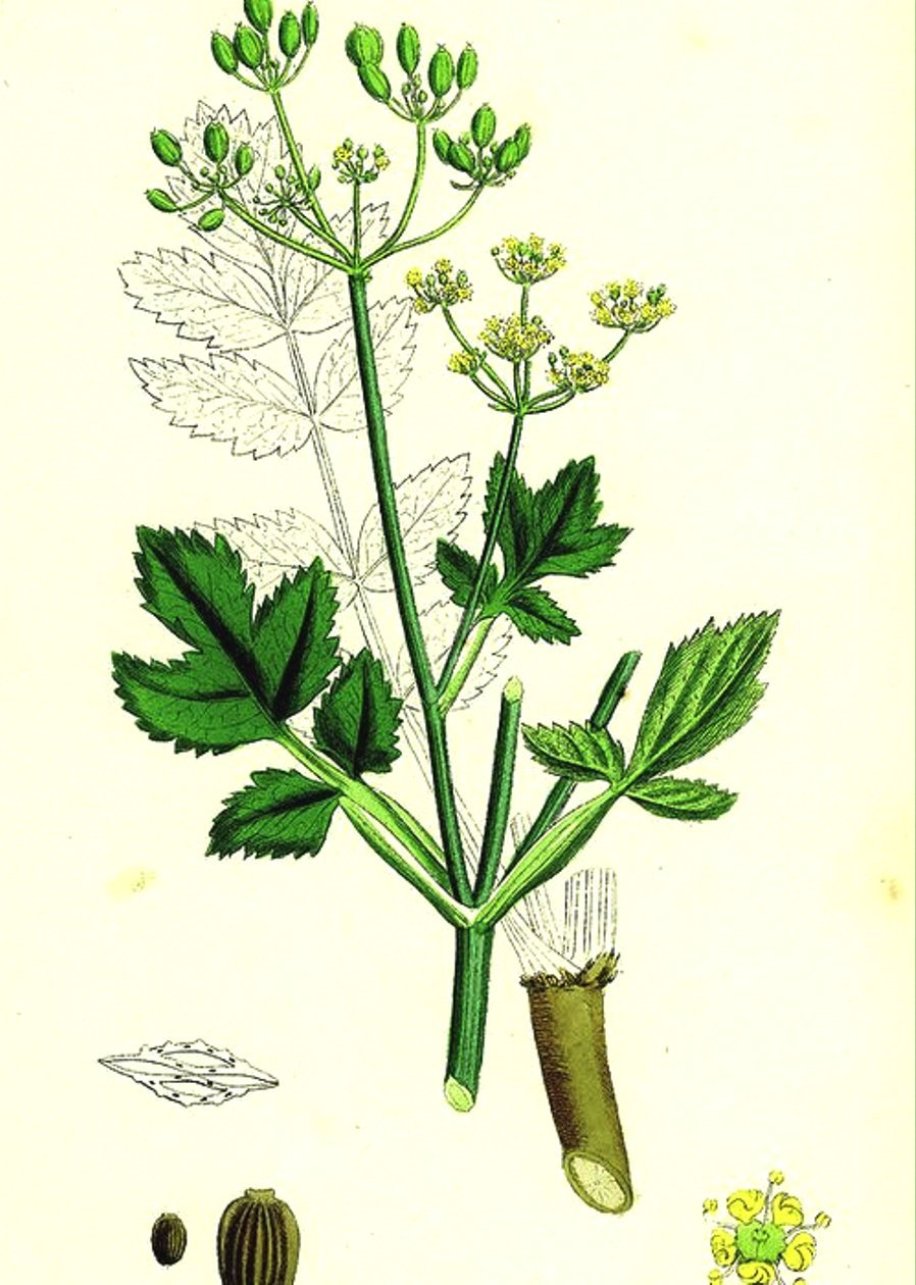 Description –
Pastinaca sativa is a herbaceous species with a pungent, biennial odor that can reach 40 ÷ 120 cm. Tall, with tap root, tapered, pale yellow, fleshy, which in the first year produces only a tuft of leaves from which then, in the second, develops the hollow stem, angular, grooved, pubescent and branched upwards.
The basal leaves are characterized by a long petiole that inguaina the stem; these are pinnate, with 5 ÷ 11 oval leaflets, with acute apex and toothed margin and sometimes incised in two lobes. The caulinary leaves are alternate, the upper sessile and amplessicauli with a smaller number of leaflets.
The flowers are hermaphroditic, of a golden yellow color, gathered in small umbrellas which in turn form large umbrella with a variable diameter of 5 ÷ 8 cm and with 5 ÷ 15 rays, missing the envelope and involucretto; the peduncles of the side umbrellas are longer than the central ones and the upper umbrella is considerably larger than the underlying ones; the glass is practically absent and the corolla is composed of 5 oval petals with pointed apex and folded inwards. The fruits are flat diacheni with an oval contour, of a brownish yellow color. The antesis is between July and August.

Cultivation –
The parsnip sativa, also known as white carrot, is an ancient vegetable, which was widespread in Europe by the ancient Romans. Although its greatest cultivation is above all in northern Europe it is also very well in the Italian climate, so it can be easily cultivated.
The parsnip is sown between February and June in the open field. Care must be taken because the seed has a short life and must therefore be of recent production, if the seed is more than two years, there is the risk of not seeing any seedling born. Since the germination is quite difficult, it is advisable to soak the seeds one night before going to plant the seedlings in the garden. To soften the seed you can take a bath with chamomile. For details of the cultivation technique refer to the following sheet.

Uses and Traditions –
The parsnip sativa is a known plant, at least since the time of the Romans. It is said that the emperor Tiberius (42 BC 37 AD) imported the parsnip into Rome from the Rhine Valley (present-day Germany). Subsequently, in the Middle Ages, the parsnip was widespread in Italy and was used as much today as we use the potato; It was precisely the introduction of the potato that determined the slow decline in the cultivation of the parsnip. The parsnip disappeared almost completely from our tables in the nineteenth century. The long, white and fleshy root, with a sour taste, is eaten as a vegetable after cooking.
The main constituents of parsnip: essential oil, fatty substances, furocumarin, pectins, carbohydrates and vitamin C.
At one time this plant was used in folk medicine as a diuretic and digestive. The stingray is known above all for the nutritional properties of its roots, which in addition to being rich in proteins, starches and sugars, have a pleasant taste similar to that of carrots; the popular tradition considers the stingray a useful food for the weak, elderly or convalescent people. The ancient Romans attributed to the Pastinaca aphrodisiac properties and often they cooked it with honey.
It is an excellent diet food, in fact 100 g of root, correspond to 22 kcal and contain 12 g of fiber.
Once upon a time flowers were also used to dye wool into yellow.
Attention, however, to its correct use and recognition; in fact the Pastinaca sativa subsp. urens (Req. ex Godr.) Čelak may cause contact dermatitis and may be responsible, in particularly sensitive individuals, for 2nd degree burns. This subspecies but also the stingrays in general contain furanocoumarin, a substance that can cause skin reactions aggravated by photosensitization, under the effects of sunlight.

Preparation Mode –
The parsnip is a vegetable that is consumed cooked; It is a vegetable with a soft texture and a sweet taste, reminiscent of that of potatoes and carrots. In the kitchen it can be baked or fried, just like potatoes. It can be used to prepare soups and velvets, alone or accompanied by other vegetables such as carrots or pumpkin. Moreover, the ends of the parsnips of the parsnip can be used as spice.
The root is used, especially in northern Europe, in many food preparations and even in beer-type fermented beverages.