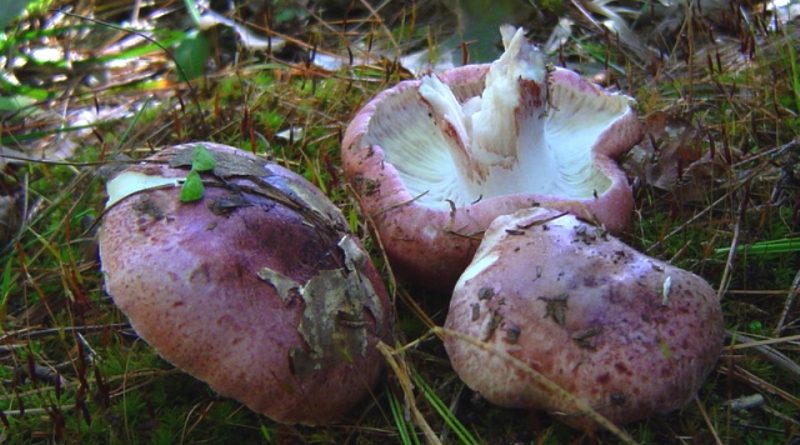 Systematic –
From the systematic point of view it belongs to the Domain Eukaryota, Kingdom Fungi, Phylum Basidiomycota, Class Basidiomycetes, Order Agaricales, Family Hygrophoraceae and therefore to the Genus Hygrophorus and to the Specie H. russula.
The terms are synonyms: Tricoloma russula (Fr.:Fr.) Gillet and Agaricus russula Fr.:Fr ..

Etymology –
The term Hygrophorus comes from the Greek ὐγρός hygrόs, wet and from φορέω phoréo, to carry, to have: that is, which collects and conserves moisture. The specific Russula epithet is the diminutive of red russus: that is, a little reddish.

Geographic Distribution and Habitat –
Hygrophorus russula is a typically Mediterranean species that grows in broad-leaved woods (Quercus ilex), half-hidden among the leaves and with fruiting in the autumn period after intense storms or even in spring. 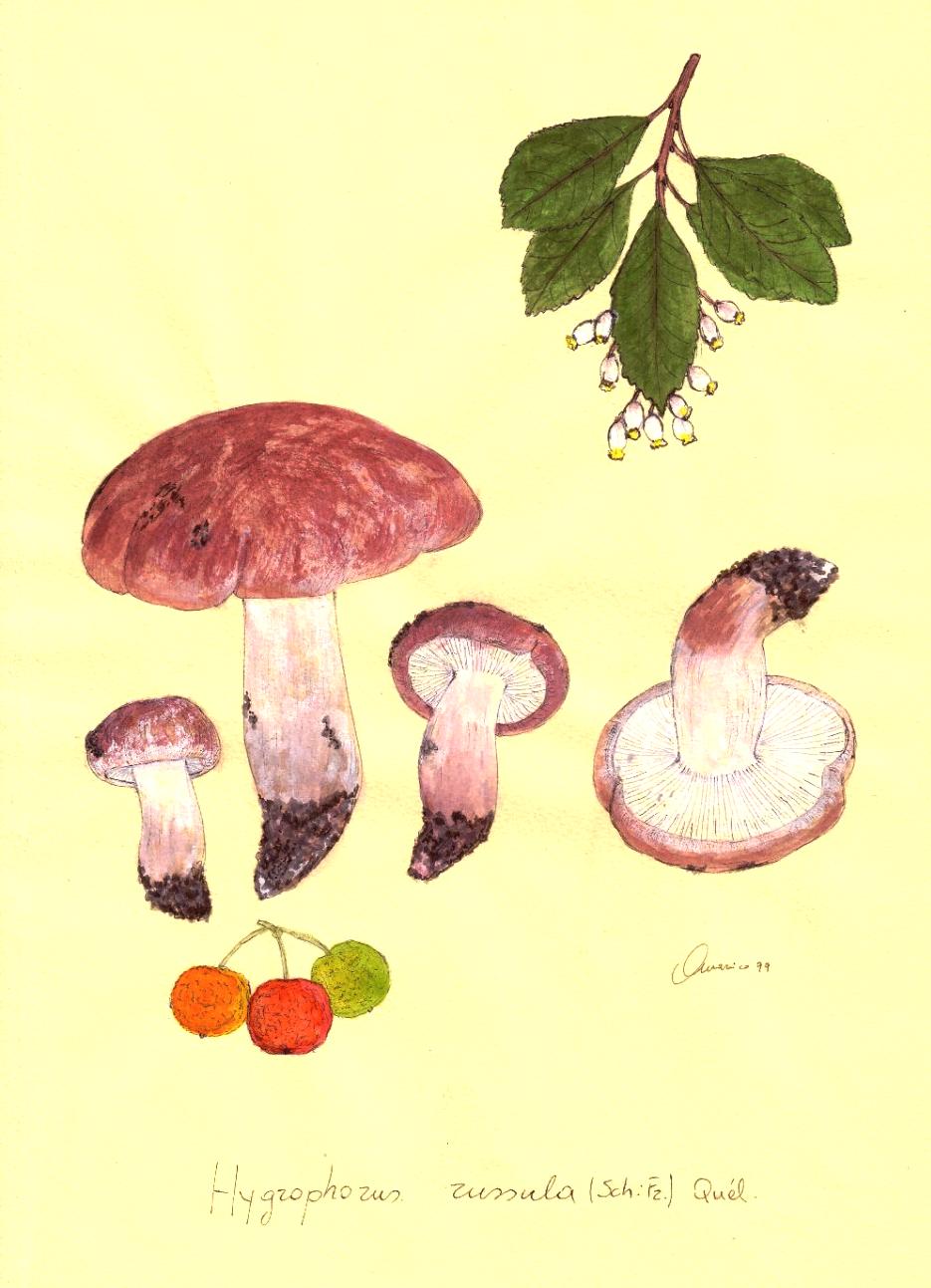 Recognition –
It is recognized for the hat of 7-15 cm; rather robust, initially convex and then flattened to become depressed, with an involute edge and a lighter and more vinous edge, with radial mottling, more charged at the center, covering the whitish background. The slats are dense and decurrent, whitish in color but sometimes with reddish hues. The stem has a height of 6-12 and a diameter of 1-2.5 cm; it is robust, tapered at the base, spotted by vinous fibers. The flesh of this mushroom is compact, whitish in color and usually sweet, although in some samples it is bitter. Under the microscope there are white spores in mass, elliptic, of 6-9 X 4-5 microns.

Cultivation –
Hygrophorus russula is not a cultivated fungus.

Uses and Traditions –
The Hygrophorus russula is known not only with the names of Russula Wax Cap, Lardaiolo or Cardinale with the terms of Agarico vinato, Lardaiolo vinato, Lardaiolo rosso, Sanguinello (this last name used above all in northern Umbria and not to be confused with Lactarius deliciosus, which is sometimes called by the same name).
The Hygrophorus russula can be confused with very similar species including: Hygrophorus erubescens (Fr. Fr.) Fr., lighter in the colors, with strong yellowing on all corroded surfaces, with the stem that is easily yellowing, white lamellae – greyish-grayish, very frequent near conifers and rarely broad-leaved.
It is a fairly good edible fungus and is among the most known Hygrophorus, known and collected homogeneously and widespread and sought in all Italian regions. In some areas of Italy it is the only fungus of this kind to be consumed but the absolute quality of the same does not justify this choice.

Preparation Mode –
For the preparation of the red Grassello, remember that this mushroom with a compact, robust and wine-colored appearance turns yellow when cooked. The preparation of this mushroom is also linked to specific local traditions. In Tuscany, where they call it they cook it with beans and sausages, and on the Ligurian Riviera di Levante, where it is called “Scimunìn” (ie mushroom of San Simone, since the harvesting period is usually close to the saint’s day) is consumed predominantly in oil.