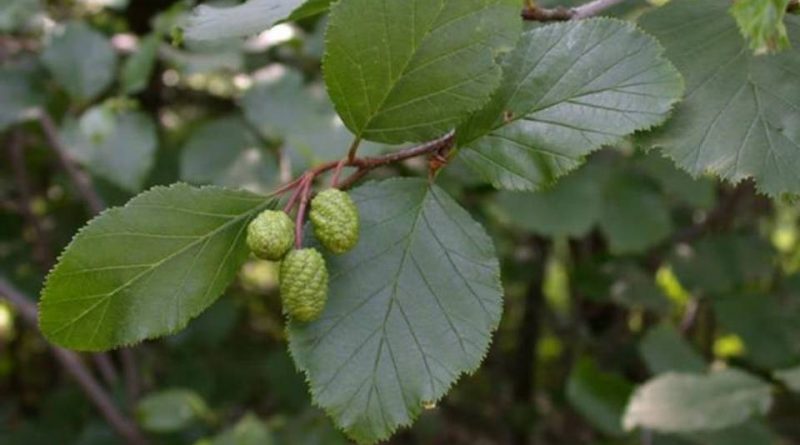 The white alder or gray alder (Alnus incana (L.) Moench) is an arboreal species belonging to the family of the Betulaceae.

Systematic –
From the systematic point of view it belongs to the Eukaryota Domain, Kingdom Plantae, Magnoliophyta Division, Magnoliopsida Class, Order Fagales, Family Betulaceae and therefore to the Genus Alnus and to the A. incana Species.

Etymology –
The term Alnus comes from Alnus, which was the Latin name of the alder. The specific epithet incana derives from white, hoary, due to the color of the lower face of the leaves.

Geographic Distribution and Habitat –
The white alder is a native species of central and north-eastern Europe. The plant is widespread in most of the northern hemisphere, from the United States to Europe and North-West Asia. In Italy it is present in the Alps and in the North of the Apennines. Until the end of the twentieth century it was also present along the stretch of the Panaro river plain, in the Po Valley at altitudes below 100 m. the habitat of this species is often the banks of watercourses, in the woods at sea level, in abandoned fields and near rivers and lakes, up to 1200 m altitude. 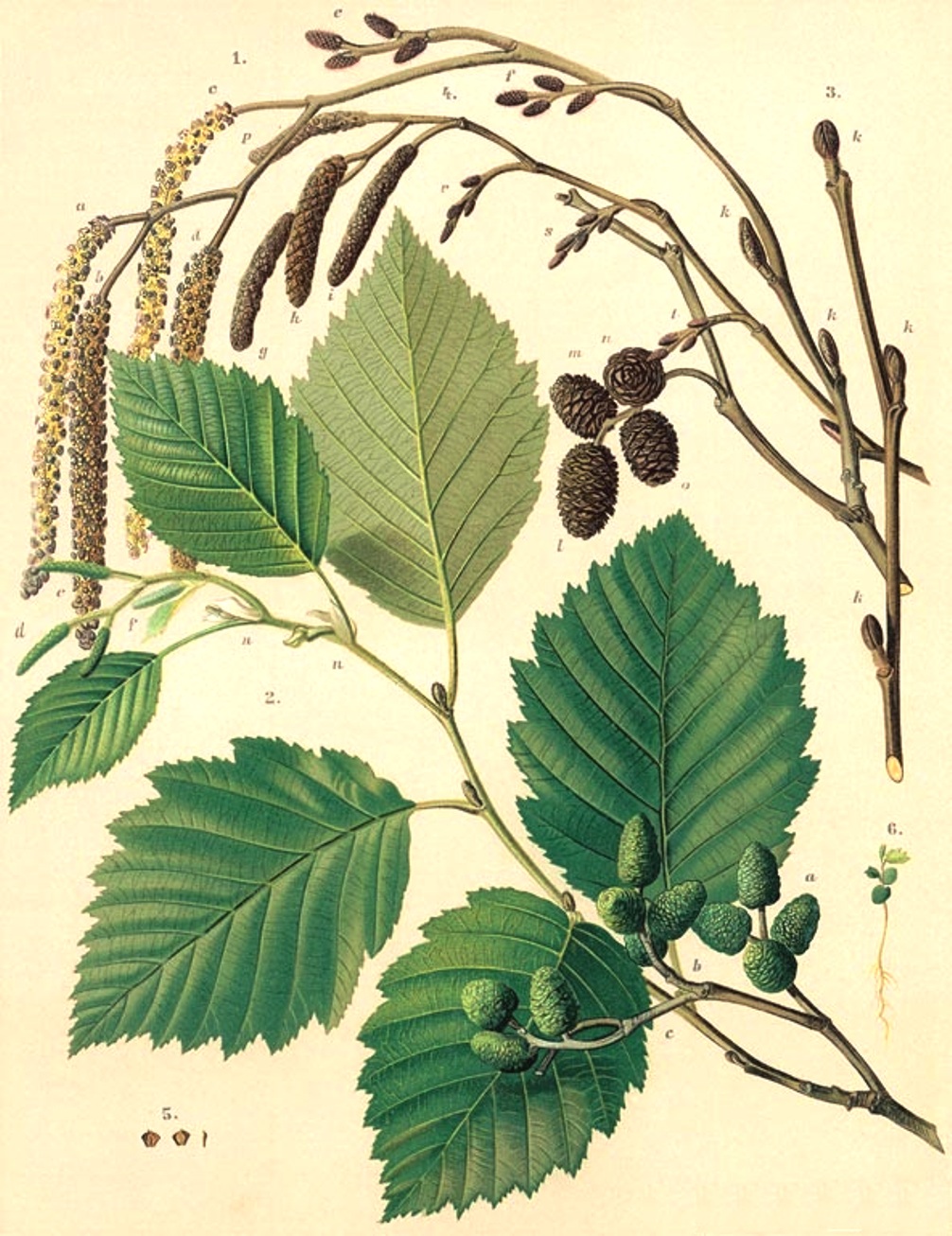 Description –
The Alnus incana is a tree that can reach 30 meters in height, characterized by greyish green foliage, with a straight and slender trunk. And smooth bark, light gray. The leaves are simple, deciduous, ovate-lanceolate, with alternating insertion and toothed margin. The upper page is dark green, while the lower one is greyish (hence the epithet of the species).
The male flowers are in groups of three in catkins, the female ones in “pignette” arranged at 3-5 in racemes. The fruit is similar to a small 1 cm pinecone with woody scales containing winged achenes.

Cultivation –
For its cultivation the Alnus incana is a species that requires a lot of light; it is a plant that grows well even in very poor soils thanks to its very high soil fertilizing capacity, obtained in symbiosis with the bacterium Frankia, capable of processing large quantities of nitrogenous compounds. The plant is propagated either by seed immediately after harvesting, by suckers in winter, or by grafting in summer in the case of cultivars. The white alder seeds dried up to 5-10% humidity can be stored for a long time in airtight containers placed at low temperatures (from 0 to -5 ° C for storage up to 5 years, from -15 to -18 ° C for longer storage times). If governed by a coppice, it can consolidate landslides.

Uses and Traditions –
As an ornamental plant and in its most notable cultivars depending on the case, the white alder, gives its best or in winter associated with branch species such as willows and cornus, or during the growing season as a background for mixed borders.
The white alder, due to its wide circumboreal diffusion and, above all due to the small morphological differences that characterize the genus, has created many difficulties on the taxonomic classification. Thanks to recent genetic studies it is proposed to group within the complex Alnus incana many species that were previously considered separate, identifying in fact four main subspecies:
– Alnus incana subsp. incana (L.) Moench: which is widespread in north-eastern Europe up to north-east Asia, in central and southern Europe and in the Caucasus;
– Alnus incana subsp. rugosa (Du Roi) R.T.Clausen: which is widespread in the north of the American continent;
– Alnus incana subsp. tenuifolia (Nutt.) Breitung: widespread in the north-west area of ​​the American continent;
– Alnus incana subsp. hirsuta (Spach) Á. & D.Löve: diffused in the mountainous areas of central-western Asia up to Japan.
The taxonomic position of the subspecies Alnus incana subspecific is different. kolaensis (N.I.Orlova) Á. & D.Löve, which significantly differentiate it from both Alnus incana and Alnus glutinosa and is proposed as a separate species.
This plant is characterized by having a very water-resistant wood. The zest, rich in tannin, provides a gray dye. The white alder wood has been used however rarely, because it consists of small-diameter, mainly crooked logs. However, it is often used for the reforestation of the hills of alluvial lands and for the stabilization of slopes and escarpments. As mentioned, it is a plant that improves soil because the roots are rich in tubercles that host nitrogen-fixing bacteria. Thanks also to the extension of the root system it is used for the consolidation of slopes.

Preparation Mode –
The Alnus incana besides its ecological uses, of stabilization of the slopes and for the obtaining of a gray dye has no alimentary or pharmaceutical uses.