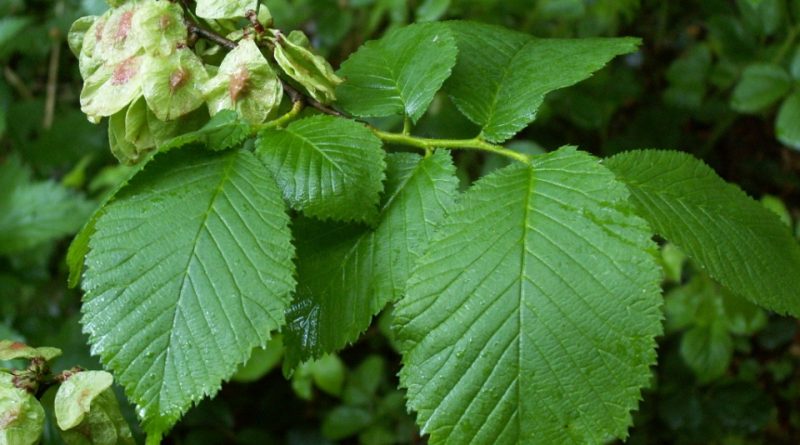 The Wych Elm (Ulmus glabra Huds.) Is an arboreal species belonging to the family of the Ulmaceae.

Systematic –
From the systematic point of view it belongs to the Domain Eukaryota, Kingdom Plantae, Subarranean Tracheobionta, Superdivisione Spermatophyta, Magnoliophyta Division, Magnoliopsida Class, Subclass Hamamelidae, Order Urticales, Family Ulmaceae and therefore to the Genus Ulmus and to the species U. glabra.

Etymology –
The term Ulmus is connected with the Sanskrit root to grow. The specific glabra epithet is derived from glăbĕr glabro, hairless: bald, hairless.

Geographic Distribution and Habitat –
The Wych Elm is a plant of European origin and is distributed throughout Europe, from northern Spain to Scandinavia, the Balkans and the Ural mountains. In Italy it is found in the Alps and in the central and northern Apennines at an altitude ranging from 400 m to 1400 m s.l.m. along with other hardwoods. Moreover, isolated stations of Ulmus glabra have been found on the northern Madonie and on the Nebrodi in Sicily; these stations represent the southern limit of areal distribution of the species in Europe. 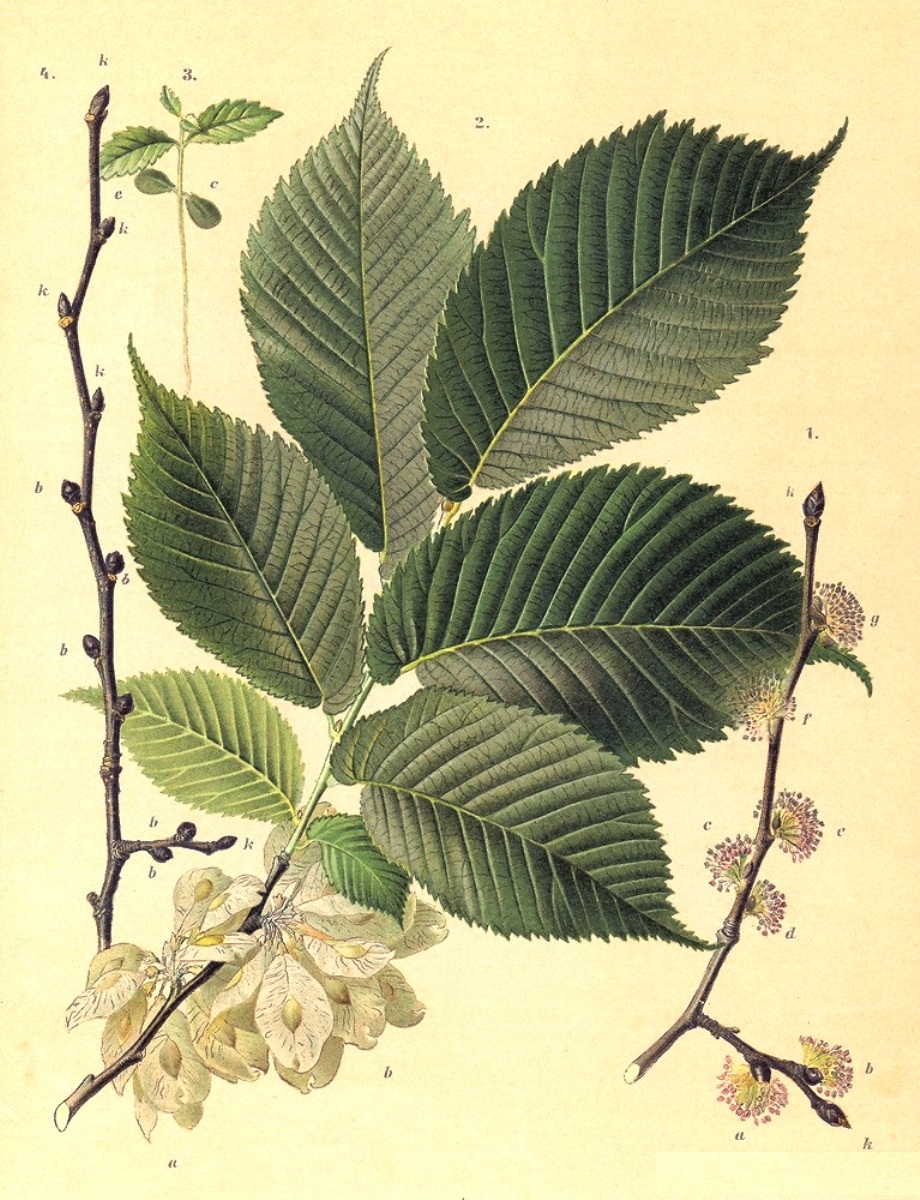 Description –
The Ulmus glabra is a tree that can reach 30 meters in height, with a dense and wide foliage. The trunk is straight, with a first smooth and greyish rind, then wrinkled, gray-brown, chapped and vertically furrowed. The leaves are alternate, deciduous, with a short petiole, obovate elliptic, with double toothed margin, with the upper page rough and dark green and the lower one clear and hairy.
The flowers are bisexual and appear before the leaves; they are numerous, of small dimensions and with short peduncle; the stigmas are biforcuti, plumose and the stamens end in showy red-purple anthers. The fruits are samareas of about 3×2 centimeters, with seeds in the center.

Cultivation –
The Wych Elm is a heliophilous species that however does not suffer too much in the shade; it prefers not too compact, fertile and aerated soils, and with a neutral or sub-alkaline reaction. This plant is reproduced by seed immediately after harvesting, in the spring. You can also collect the seeds that are still green when they are already ripe but have not yet dried on the plant yet. The first winter of seedlings should be spent in the greenhouse and you can proceed to the plant immediately after the last frost, in late spring or early summer. Do not expect more than two years before planting the plant, given its rapid development and the type of root system. The “Camperdownii” cultivar is propagated by grafting onto the typical species. Unlike the mountain elm, the mountain elm does not spontaneously produce root suckers.

Uses and Traditions –
The Wych Elm is a large and majestic tree, ideal as an isolated specimen in very large spaces. It requires a surrounding area that in no way limits its expansion. Besides its ornamental use it can be used its timber, not particularly valuable, which is used in construction works. The wood of Wych Elm, for chromatic reasons, is less valuable than that of Olmo campestre, but the uses are the same (furniture production, parquet, cabinetmaking objects or intended for high stresses, coatings of a certain value and submerged parts of ships) since it is still an elastic wood, heavy and compact, as well as resistant and almost impossible to break.

Preparation Mode –
Ulmus glabra, in addition to ornamental uses and some uses of wood, has no other food or pharmaceutical uses.