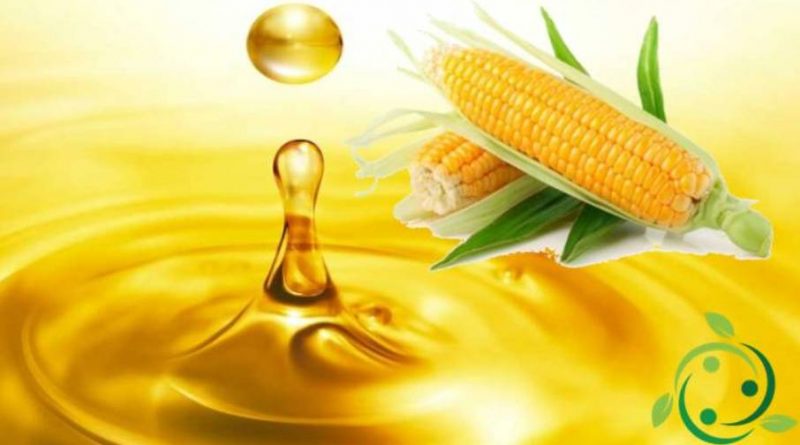 Corn oil is an oil extracted from the seeds of the seeds of the corn plant (Zea mays L., 1753), a graminaceous plant originating in North America and cultivated on large extensions in Italy.
The yield for obtaining corn seed oil, with corn grain extraction is particularly low (2-5%) and is economically viable only if oil is considered as an under-production of flour and starches. To obtain this oil, the production cycle requires the separation in special mills or centrifuges of the germs that can contain 20 to 40% of grain oils. The oil is extracted under pressure and / or with solvent. It should be remembered that the subsequent separation from solvents (as in all other seed oils obtained with a similar process) is not total so that this, in small traces, is then found in the food.
Corn seed oil has a composition similar to sunflower oil; it is very rich in linoleic acid and vitamin E. The refined oil is considered one of the most valuable for its oxidation stability, despite the high degree of unsaturation. It is used as cooking oil, as well as in the manufacture of margarines, after partial hydrogenation.

Corn oil has a dark color, with amber-red hues and only after refining acquires a clear and limpid appearance. The temperature threshold is 160 ° C, a feature that limits its use for cooking fried foods. In addition, the use of edible oils (of any origin) is increasingly advisable to keep all their properties unaltered.
In corn seed oil the composition may vary depending on the cultivar, environmental conditions, harvesting and processing. Corn oil has a high quantity of polyunsaturated fatty acids (especially omega 6) which represent about 55%, while saturated and polyunsaturated are 13% and 28%, respectively. For this reason it is used to prepare margarine. Its use is beneficial for cardiovascular health. The point of smoke of corn oil is about 160 ° C, so, as mentioned, ideal to use raw. The taste is delicate but not too much.
The corn oil has a good laxative action thanks to the fact that intestinal lowers its absorption, this involves its elimination with the faecal mass that will be softer favoring mechanical emptying and facilitating in cases of constipation.
In addition to food uses, corn seed oil is used in cosmetics as a base for massage oil, for nourishing creams for sensitive and dry skin. It is also used as a base for after-sun lotions. Regarding the skin, the most appreciated property is to give elasticity to the epidermis and make it soft and hydrated.
With corn oil it is also possible to prepare the soap, in fact the saponifiable fraction is 2% and the oil contains sterols, phospholipids and gamma-tocopherol. It can be used for saponification with the creation of natural soaps and also made by hand.