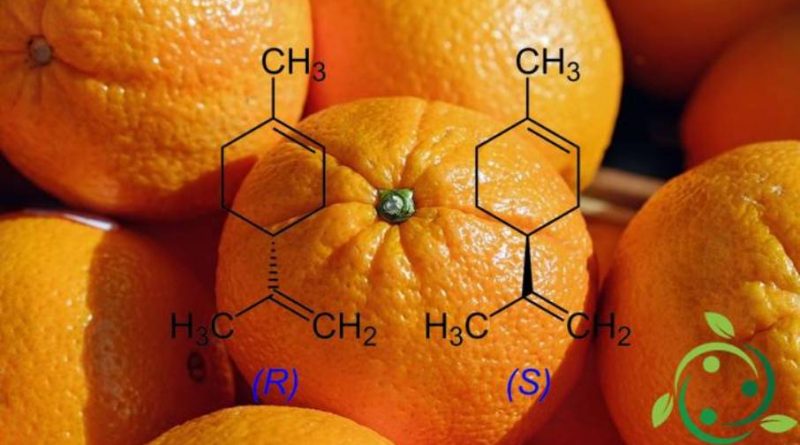 Natural insecticide based on limonene

Limonene is the main component of the orange essential oil, or other citrus fruit and is widely used as fragrances and flavoring; so to speak it is found in the orange part of the orange peel. Limonene belongs to the class of terpenes and is a chiral molecule, therefore it can be present in enantiomere dextrogira and levogira forms.
The main chemical compound present in nature and of most interest in the industrial and merchandise field is D-limonene. This substance is particularly useful against ants and other insects, which can also be found on the market as a spray. The presence of d-limonene in places infested by insects will discourage the return of insects, as the d-limonene clears the traces of pheromones left by some insects, in this way the insects will be disoriented and, also due to confusion, discouraged to do return to your territory.
This compound, if you want to try something very creative, you can also prepare in a small workshop with a little equipment and a little ‘practice.
The procedure is as follows:

– Cut the peel of three oranges and chop it;
– put everything in a 500 ml flask and add about 200 ml of water;
– assemble the distillation apparatus, circulate water in the refrigerant and place on a heating plate;
– distil in a steam stream, collecting about 75 ml of distillate;
– extract the distillate in a separating funnel with 30 ml of CH2Cl2 or ether;
– drying the organic phase with anhydrous MgSO4, filter and dry;
– to completely eliminate the residual solvent, distillation can be repeated, placing the balloon containing the distillate in a bath at no more than 50 ° C;
– at this point the ether boils and the limonene remains in the balloon; if it is not a separating funnel, it is possible to take directly the limonene, which comes in the form of oil and then remains afloat, using a Pasteur pipette.
The distillate has an aqueous phase and an organic, oily phase which is deposited on the surface in the form of droplets. This is the limonene which, as mentioned, is the main component of the orange essential oil.
At this point the oil phase can be used in emulsion, in various percentages, as an insecticide product to be sprayed directly on the surfaces of plants or areas infested by insects.