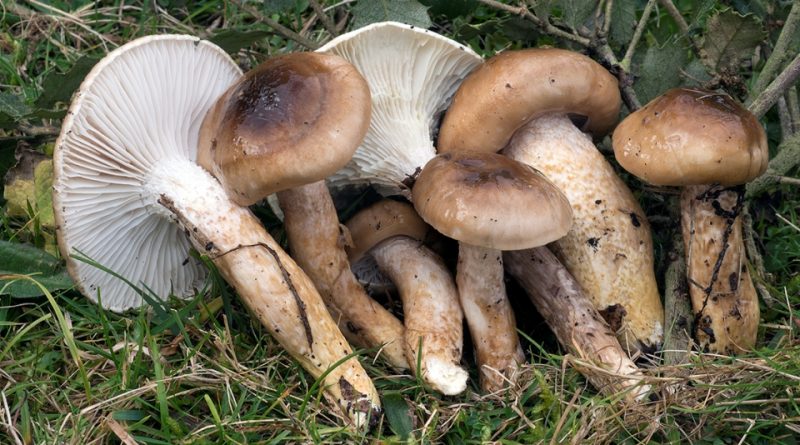 Systematic –
From the systematic point of view it belongs to the Domain Eukaryota, Kingdom Fungi, Phylum Basidiomycota, Class Basidiomycetes, Order Agaricales, Family Hygrophoraceae and therefore to the Genus Hygrophorus and to the Specie H. dichrous.
The terms are synonymous: Agaricus limacinus Shaeff. and Hygrophorus persoonii Arnolds.

Etymology –
The term Hygrophorus comes from the Greek ὐγρός hygrόs, wet and from φορέω phoréo, to carry, to have: that is, which collects and conserves moisture. The epithet specific dichrous is also of Greek origin, from δίχροος díkhroos bicolor: that is, of two colors.

Geographic Distribution and Habitat –
Hygrophorus dichrous is a typical species of the Mediterranean area that grows mainly under the holm oak; it is a rather late species that develops in late November. 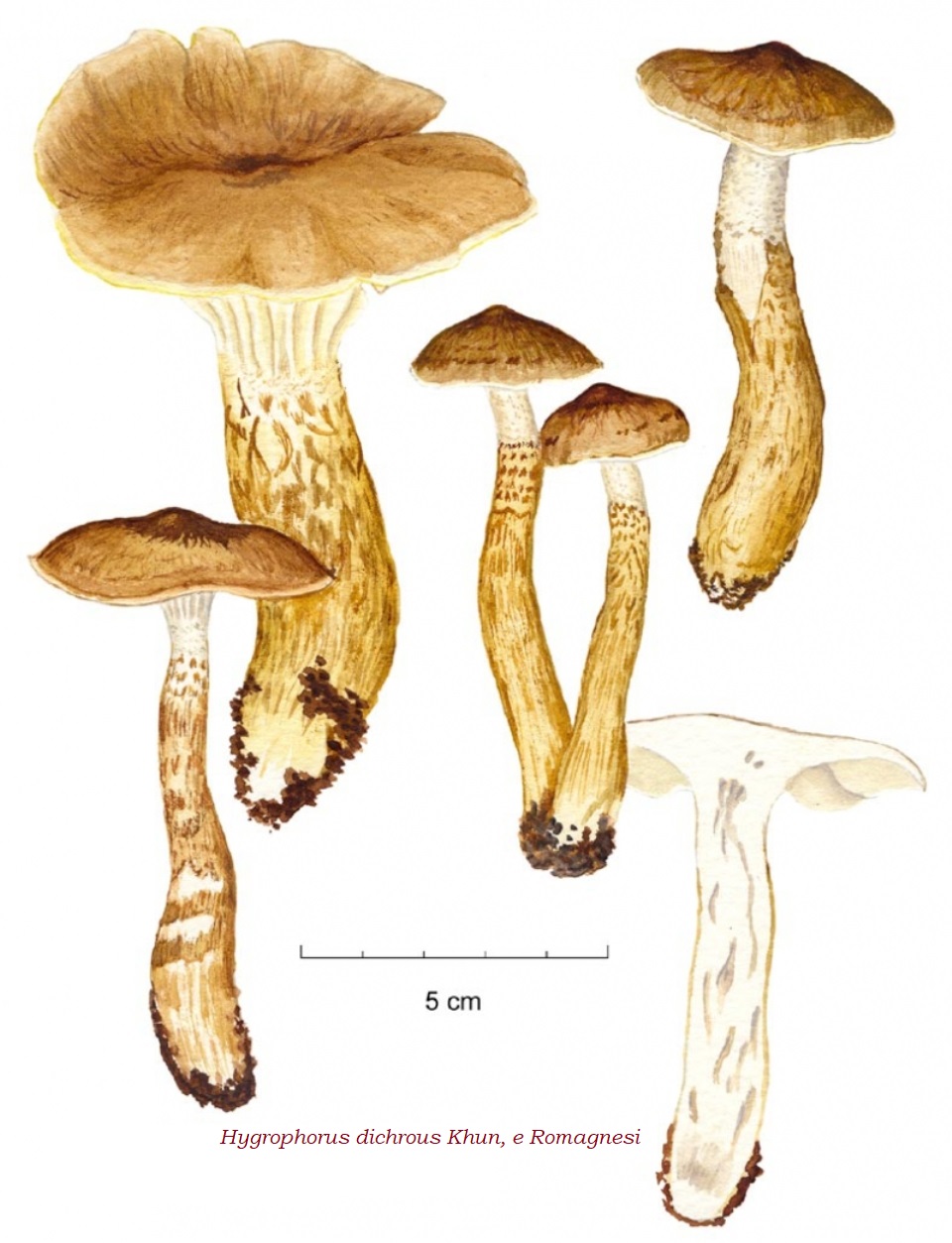 Recognition –
This mushroom is recognized for the 3-9 cm hat which is first hemispheric and then smoothed and umbonate, with a glutinous cuticle of varying brown color, more or less dark, with a darker central umbone and whitish margin in young and involute specimens. The lamellas are white, not very thick and sub-decurrent. The stem is 7-12 cm in height and 1.2-2 cm in diameter, with the fusiform base, with a color to the cap, also covered with gluten until a high annular area where it is whitish, it is dry and pruinose. The meat is white, without smells or particular tastes, this is an easy prey of some larvae and with a bitter taste cuticle. Under the microscope, white, ovoidal spores of 10-12 × 6-7.5 microns are noted.

Uses and Traditions –
In the recognition of Hygrophorus dichrous, confusions could be made with other similar species. Among these we remember the Hygrophorus olivaceoalbus (Fries: Fries) Fries, which macroscopically has smaller dimensions with hat 2-3.5 cm, stem 10-15 × 0.5-0.8 cm; with very thin and almost non-existent meat, odorless and tasteless, the lamellae are a little anastomosed on the bottom while the stem soon becomes hollow, but this mushroom has a growth habitat in association with Spruce (Picea abies), between the moss and needles. Another confusion can be made with the Hygrophorus latitabundus Britzelmayr, which is considerably larger and sturdy, with a 5-10 (15) cm hat, fleshy and with softer colors, with a stem of 6-13 × 1.5-3 ( 6) cm, with plenty of gluten, colored only in age, odorless and tasteless and firm meat; this last grows exclusively in association with Pini (Pinus nigra or Pinus pinea). On the stem there is a reaction to lemon yellow KOH high, yellow-orange and then brown chocolate at the base.
Hygrophorus dichrous is a fairly good edible fungus but often poorly considered due to its viscosity.

Preparation Mode –
In order to prepare this mushroom it is necessary to eliminate the cuticle which, besides being covered with gluten, has a bitter taste, after which it can be cooked like other edible mushrooms of the same species.