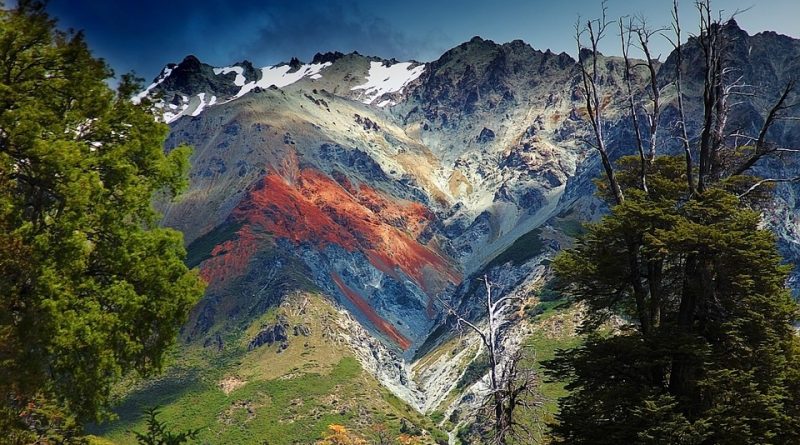 Argentina is the eighth country in the world by surface, after Russia, Canada, United States, China, Brazil, Australia and India. It occupies a continental surface of 2,766,890 km², between the Andes range to the west and the south Atlantic Ocean to the east and south. Moreover, Argentina claims the territories of a portion of the Antarctica (Argentina Antarctica, not yet recognized by any other nation), where since 1904 it maintains a constant presence.
Argentina is almost 3,700 km long from north to south, and 1,400 km from east to west and can be distinguished in four geographical areas that are: the fertile plains of the Pampas in the center of the country, source of Argentine agricultural welfare; the Patagonia plateau in the southern half to the Tierra del Fuego; the sub-tropical plains of the Gran Chaco to the north and the Andes chain along the western border with Chile. 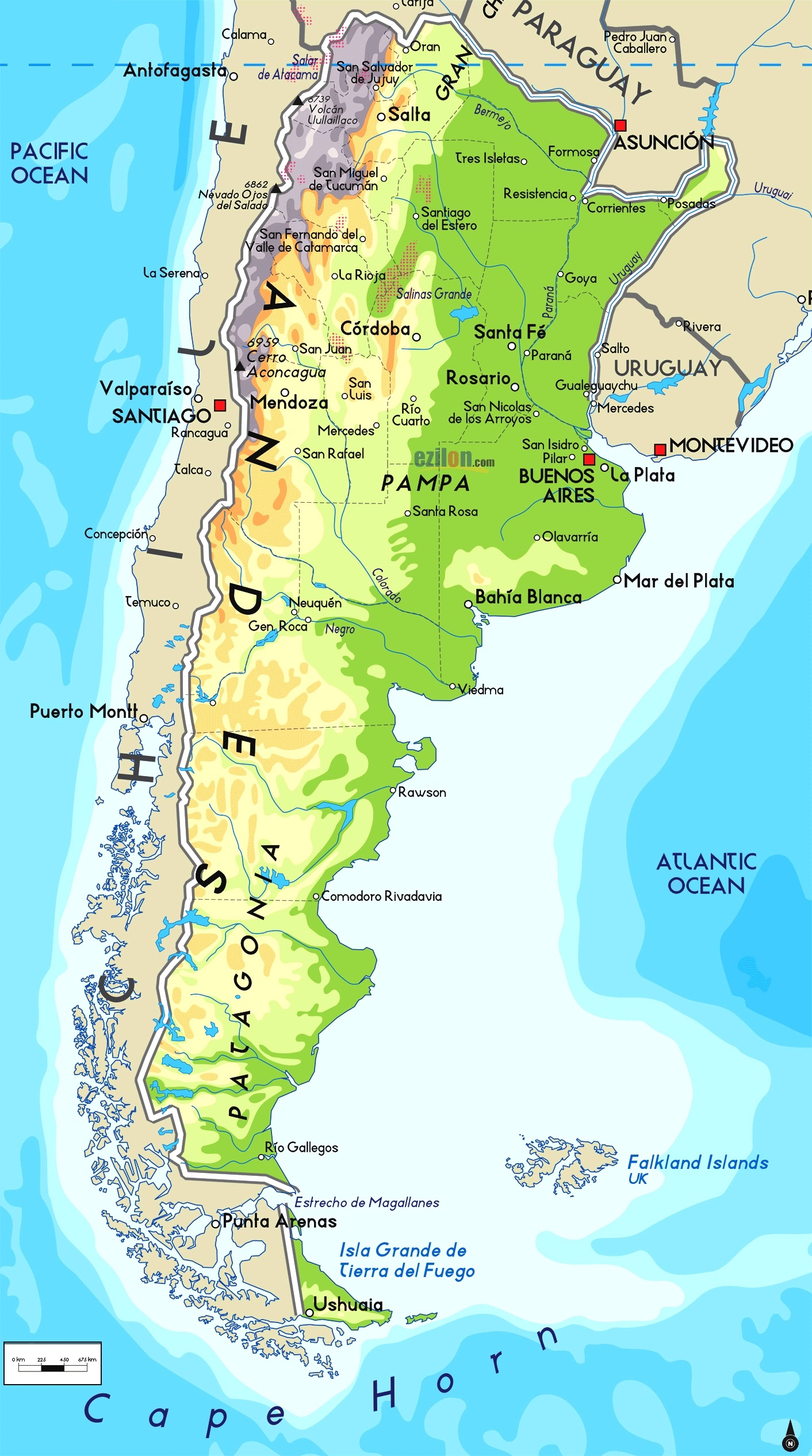 Argentina is characterized by an orography that sees the presence of mountains in the west and plains in the east. To the west we find the Andes, with northwestern peaks the highest on the continent, such as Aconcagua, which has a height of 6962 m asl Aconcagua is the highest peak in the world outside the massif of the Himalayas.
The major depression is found in the Laguna del Carbón (Province of Santa Cruz) which is located 105 meters below sea level.
The five highest peaks are therefore: Aconcagua, with 6962 m, Antofalla, with 6100 m (volcano), Ata, with 6501 m (volcano), Cerro Bonete, with 6759 m (volcano) and the Cerro del Nacimiento, with 6493 m .
Argentina is crossed by important rivers that have a considerable influence also on the agricultural aspects; these are: Pilcomayo, Paraguay, Bermejo, Colorado, Río Negro, Salado del Norte, Uruguay and the biggest of all, the Paraná. The last two flow together before flowing into the Atlantic Ocean, forming the estuary of the Río de la Plata.

Lakes also play a major role in climate and ecological and agricultural influence; these are and many of these are in the Patagonian region. These include the Argentino and Viedma lakes in the Santa Cruz province, Nahuel Huapi in the Río Negro and Fagnano in Tierra del Fuego, and Colhué Huapi and Musters in the province of Chubut. Lake Buenos Aires and Lake O’Higgins / San Martín are shared with Chile. The Mar Chiquita is the largest salt water lake in the country. Furthermore, in Argentina numerous artificial lakes have been created by means of damming with dams. Furthermore, still on the subject of water, Argentina has 4,665 kilometers of coastline.
Due to the difference in latitude, altitude and ecological characteristics, Argentina is characterized by a great variety of climates. As a rule, the climate is predominantly temperate, with extremes ranging from the subtropical to the north to the subpolar in the extreme south. The north of the country is characterized by very hot and humid summers, with mild and dry winters, and is subject to periodic droughts. Central Argentina has hot summers with thunderstorms (which in western Argentina produce some of the most imposing hailstorms on the planet), and cool winters. The southern regions have cool summers and cold winters with heavy snowfall, especially in mountainous areas. The highest areas, at all latitudes, experience stricter conditions.