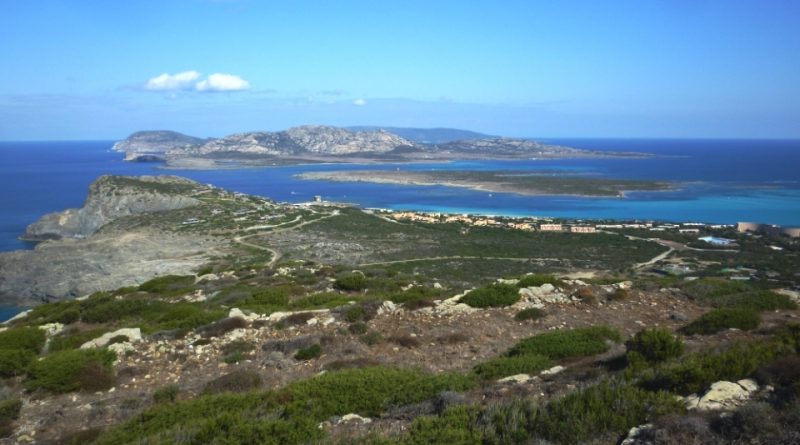 The Asinara National Park is a protected natural area that was established as a result of Law 344 of 8 October 1997 and with Ministerial Decree of 28 November 1997 and of the D.P.R. 3 October 2002, which also establishes the Park Authority. Subsequently with D.M. August 13, 2002 the marine protected area is established.
Asinara National Park is located in Sardinia and in the province of Sassari. The entire territory of the National Park consists of the island of Asinara which belongs to the municipality of Porto Torres.
The island of Asinara has an area of ​​51.22 km², a coastal development of 110 km and is a predominantly mountainous area, although there are small flat areas, near Cala Reale and Fornelli.
In the low coasts, near the sea, during the rainy season, small ponds develop (in the localities of Fornelli, Cala Sant’Andrea, Cala Stagno Lungo and Cala Neapolitan Boats) that represent a refuge for a great variety of birds aquatic and step; in these ponds also grows riparian and marine vegetation.
The Asinara Island presents an extremely singular historical, environmental and legal situation. Although the first remains of human presence date back to the Neolithic, nature has been preserved thanks to a series of events that made it take the name of Isola del Diavolo.
The only one of Asinara, with its narrow and elongated shape and its jagged coastline, tells a very long history that begins at the time of the Neolithic and sees, over the centuries, the island transformed first into a health station of quarantine, then in a prison camp during the First World War and in a maximum security prison during the terrorist period in the 70s, to be finally declared a National Park. The prison will be officially closed on December 31st 1997.

History, environmental and legal events could not, of course, not affect the characteristics of flora and fauna.
The vegetation, in fact, is still present today, strongly degraded due to excessive grazing by species introduced by man (domestic goats, mouflons and wild boar). You can find the presence of euphorbia (Euphorbia dendroides) which, being toxic, is avitated by grazing of herbivorous animals. In the locality Elighe Mannu there is a small original formation of holm oak (Quercus ilex). Currently the Park Authority, in collaboration with the Sardinian Forest Authority, is providing for the capture and transfer of the species introduced by man, in order to allow the vegetation to re-naturalize the territory.
Along the rocky coasts develops a low halophilous vegetation dominated by the sea fennel (Crithmum maritimum), the cliffs gorse (Lotus cytisoides) and the acute leaves limonio (Limonium acutifolium). The sandy coasts are dominated by the beach grass (Agropyron junceum), the pungent spit (Ammophila littoralis), the beach santolina (Otanthus maritimus) and the sea lily (Pancratium maritimum).
In addition to the small forest areas of Elighe Mannu, the Mediterranean scrublands present plant formations of Phoenician juniper (Juniperus phoenicea) and euphorbia (Euphorbia dendroides); we also find the lentisk (Pistacia lentiscus), the bracken (Pteridium aquilinum) and the tamaro (Tamus communis). In the most degraded areas, in garrigue, we find lavender (Lavandula stoechas), cistus (Cistus monspeliensis), thorny cornflower (Centaurea horrida) and Corsican broom (Genista corsica).
Interesting is also the aspect linked to the fauna that has obviously been influenced by the geographical isolation and the relative anthropization that have allowed the fauna to find the right habitat to live and reproduce.
The Asinara National Park has about 80 wild species of terrestrial vertebrates, many of which are of absolute rarity and of high scientific interest.
The mammals that meet in the Park are the hare, the weasel, the mouflon, the problematic wild boar, the horse and finally the legendary white donkey that gives its name to the island. Already in the twelfth century, in the famous Book of King Roger, the island is mentioned as “mother island of donkeys”. Their presence on this patch of land is as old as the history of these coasts.
The donkeys live in the wild and their main feature is to be very small (height at the withers of a meter) and have a coloring of their soft white mantle as the snow that made them famous all over the world. These donkeys have a rather docile gaze, with pink-blue eyes and a tame and intelligent expression.

In the wetlands of the Asinara National Park there are amphibians such as the Sardinian discoglossus, the emerald toad and the frog.
The species of reptiles are as many as 11: of which we must mention the other common tortoise and the viper. Sea birds are well represented by the Corsican gull, the shag and the Sardinian partridge.
Important, and object of study by researchers, is the migration of the gull that uses this base for its long movements.