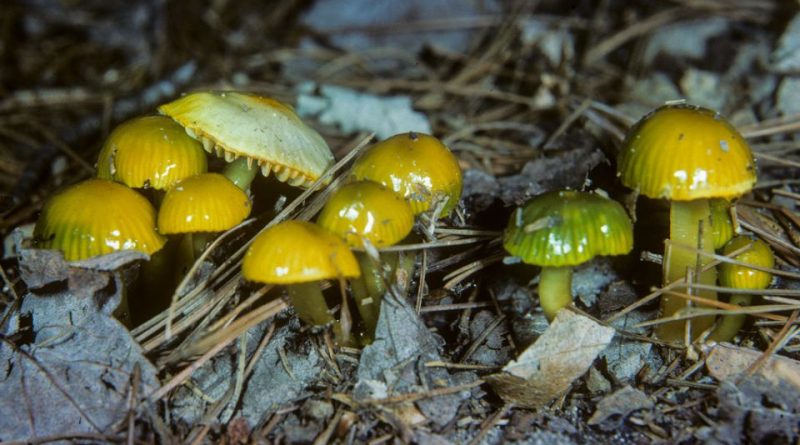 Geographic Distribution and Habitat –
The Gliophorus psittacinus grows gregarious on the grassy and humid carpets of the woods and is often found at the edges of the forest paths. Fruits in the period between summer and autumn. 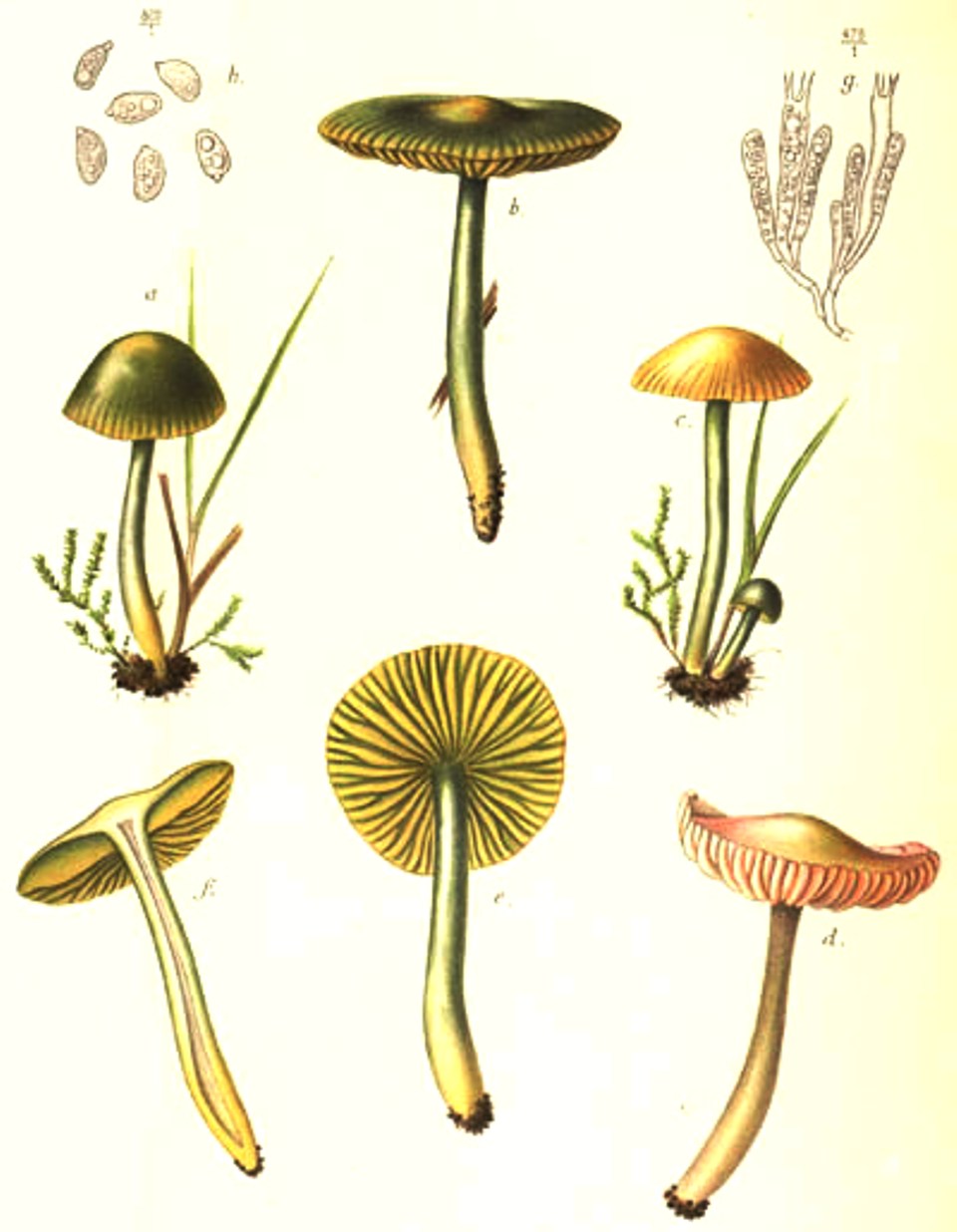 Recognition –
It is recognized for the small hat (1-5 cm in diameter), convex campanulate, then more open and umbonate; generally greenish in color, then greenish-yellow and often with pink hues at the umbone; streaked at the edge and often cracked; it is covered with a viscous greenish layer. The lamellae are attached, wide, ventricose, yellowish to the margin, but green near the hat and with a yellow cut. The stem is rather thin, 4-8 cm long and 3-6 mm thick, brittle, hollow, viscous, concolour to the cap, with lemon-yellow color from the middle to the upper part and shaded white to the foot which tends to brownish-dark to the pairing. The meat is white in the hat and stem, yellow-green under the cuticle and of fragile consistency that faintly turns to green. Under the microscope, ovoid or subglobose spores are found, mass-white, 7.5-9 x 4.5-5.5 μm.

Uses and Traditions –
Gliophorus psittacinus has undergone several systematic reviews over time. In 1958 mycologist Josef Herink created the genus Gliophorus, for some species that had in common the character of glutinous and colored pigments, genus later called Hygrocybe.
Based on molecular studies, macroscopic and microscopic characters, some genres have been segregated from the genus Hygrocybe. In particular, the genus Gliophorus is characterized by molecular support, glutinose cap and stem, absent DOPA pigments, sinuate or decurrent lamellae tightly or broadly attached, sometimes with glutinous thread, absent odor or burned rubber; ellipsoid, ovoid or obovid spores, rarely choked, hyaline, with thin pearls, inamiloids, non metachromatic, mostly tetrasporic bases, with torontoid GAF, about 5 times the basidiospore size, subregular lamellar weft, of short elements <140 μm of length, sometimes gelatinised substitution, GAF present but sometimes rare at the level of the plot; cuticle with ixotricoderma, with GAF toruloids. Also on a molecular basis the genus Gliophorus is monophyletic and forms a group distinct from Hygrocybe. It is an edible mushroom, but not recommended for its limpiness and lack of consistency and because it can be confused with Hygrocybe crocea, which is poisonous, very similar but with a more opaque hat.

Preparation Mode –
Because of its low edibility it is not recommended any food preparation.