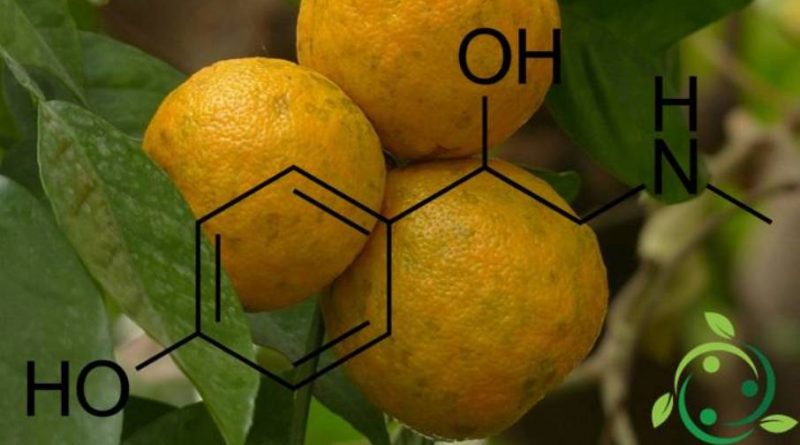 Synephrine is a naturally occurring substance contained both in the fruits of bitter orange (Citrus × aurantium L.) and in those of the chinotto (Citrus × myrtifolia Raf.). From the chemical point of view the synephrine is an amine that performs a sympathomimetic activity as it produces reactions similar to those regulated by the sympathetic nervous system: stimulants, exciters and contractors. The mechanism of action of synephrine seems to be that of interacting with the B3 adrenergic receptors, located in brown adipose tissue. The activation of receptors leads to the consumption of fat, which is converted into heat, hence the thermogenic activity of the synephrine. However, it should be noted that only in infants the brown fat constitutes a significant portion of the body fat tissue, while in the adult the quotas are totally negligible, and in any case not sufficient to determine a significant weight loss.

However, the synephrine is a molecule that is used for weight loss, although its real effectiveness is to be demonstrated.
The mechanism of action of synephrine causes the reduction of appetite and excitation of the basal metabolism, increasing the energy consumption at rest. The metabolic excitation is related not only to the increase in heart rate but also (to a lesser extent) to the increase in thermogenesis (heat production) by stimulation of brown adipose tissue.
The use of synephrine, in Italy, is authorized by the Ministry of Health, through the production of supplements based on Citrus aurantium provided with warnings concerning the amount of synephrine that can not exceed 30 mg total if to 10%. However, the Ministry of Health, in the list of plants admitted to production, indicates the Citrus aurantium as useful for intestinal motility rather than for the control of body weight.