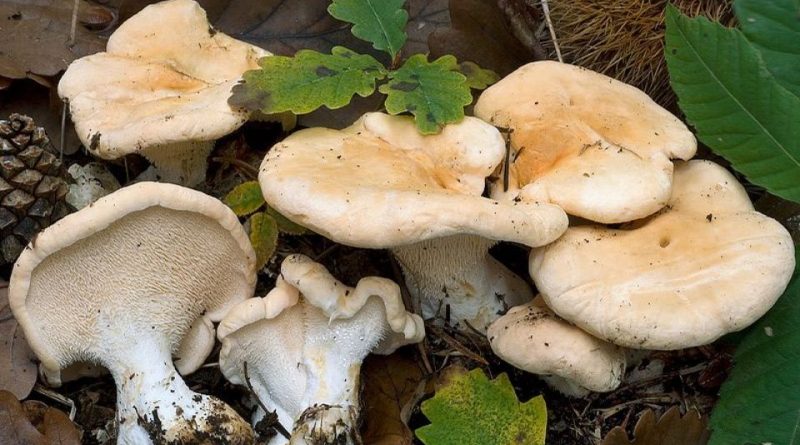 The Golden Stecker (Hydnum repandum L .: Fr.) is a fungus belonging to the Hydnaceae family.

Systematic –
From the systematic point of view it belongs to the Domain Eukaryota, Kingdom Fungi, Phylum Basidiomycota, Class Basidiomycetes, Order Cantharellales, Family Hydnaceae and then to the Genus Hydnum and to the Specie H. repandum.
The term Sarcodon repandum L. ex Fries is synonymous.

Etymology –
The term Hydnum comes from the Greek ὔδνον hýdnon tubero, an arbitrary name given to this genus of fungi from Linnaeus. The specific repandum epithet has been attributed because of the top edges of the hat. The vulgar appellation of “steccherino” has been given because of the quills present under the hat.

Geographic Distribution and Habitat –
The Hydnum repandum grows in groups sometimes approached and sometimes in the form of circles, in coniferous and deciduous forests. In the beechwoods of central Italy it can reach considerable size and sometimes creates long colonies, even several meters that draw impressive stripes in the undergrowth that are visible even at a great distance. This fungus fructifies in the period that goes from the summer to the autumn. 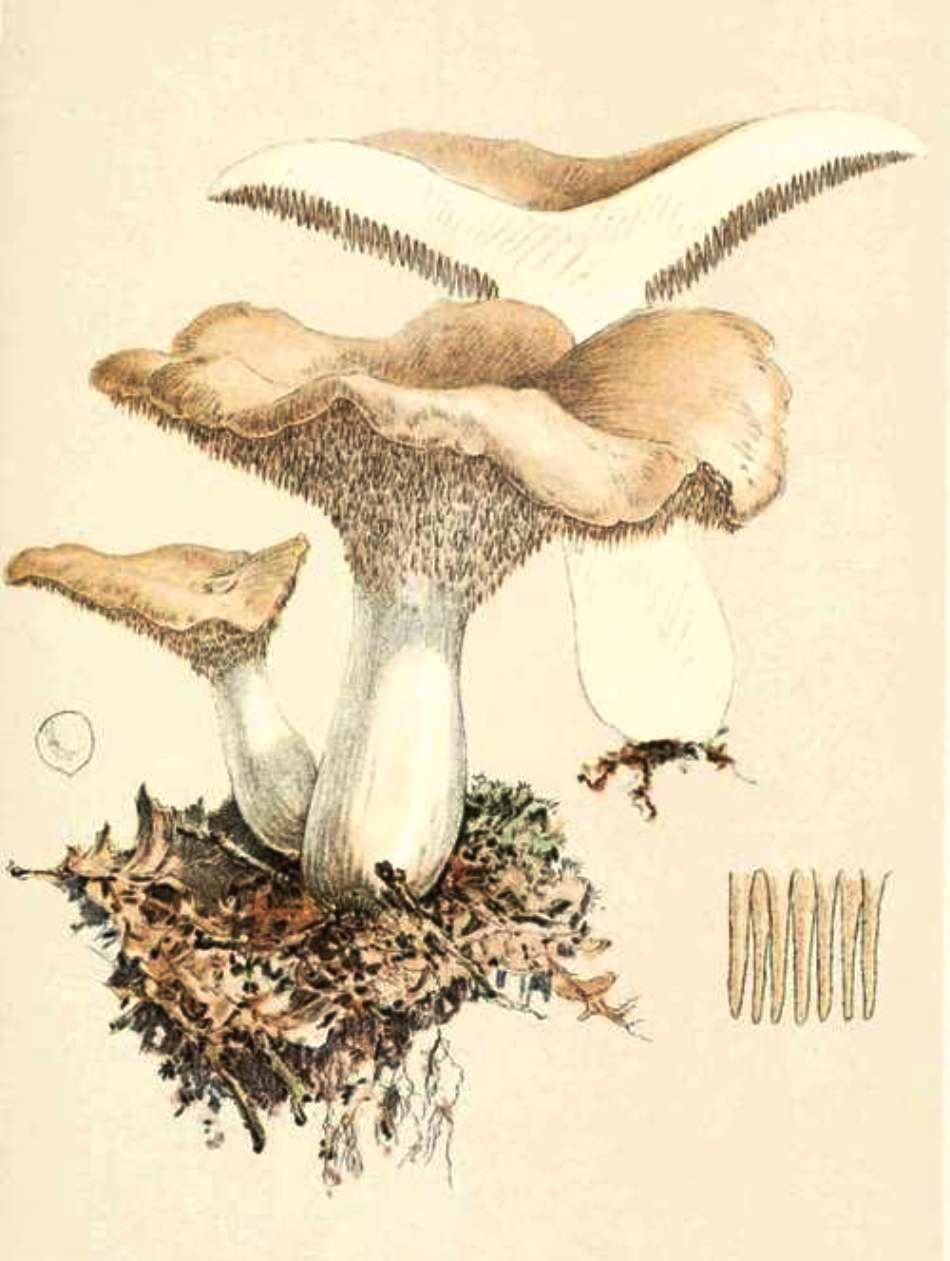 Recognition –
The Golden Stecker is recognized for its compact, convex or depressed hat in the center and irregularly lobed at the edge which has a yellowish-white color and sometimes almost gray. It presents dense cylindrical-conical spines, short, brittle, obtuse at the apex and whitish or salmon-pink, decurrent on the stem. The stem is often eccentric, coarse, cylindrical, tomentose, whitish or concolorous to the hat. The meat is white, firm, fragile, sometimes crumbly, with a pleasant and fungal smell and with a sweet taste and bitter aftertaste.
Under the microscope there are spores of 6.5-9 x 5.5-7 μm, white in mass, rounded or ellipsoidal.

Cultivation –
The Golden Stecker or Spinarolo is not a cultivated mushroom.

Uses and Traditions –
The Hydnum repandum is a much appreciated and sought after mushroom and is a common, widespread and widely harvested mushroom from the beginning of summer until late autumn. Certainly among the most late species, it continues its growing season until late winter. In temperate zones, in the absence of frost and snow, it is possible to collect this species until December and January. The Golden Stecker is a fungus very easy to determine and recognize; in fact, the presence of the spines under the hat is a very simple character to observe. There are no fungi to be toxic, some are only leathery and woody, other amarescents, for which indigestible and in any case inedible. The spikes or idni give the meat the bitter taste and therefore to appreciate it better it must be freed from the same; operation that is recommended to be carried out in the same collection environment as, in doing so, we contribute to abundantly disperse the spores in habitats protecting the ecological balance.
The Hydnum repandum, even with its peculiarities, at first sight, perhaps for its color, can be mistaken for the Cantarellus cibarius (Fr. Fr.) Fr., but the latter has pseudolamelle (lamellar pliche) and not the quills. Another possible confusion is with Albatrellus confluens (Alb. & Schw .: Fr.) Kotlaba & Pouzar, but also has a different hymenophore (pores and not stings). It can also be confused with the smaller, reddish or orange-colored Hydnum rufescens Pers., With non-decurrent, edible and less prickly spines and also with the Hydnum albidum Peck, with smaller spores, white, growing under a coniferous tree. , just yellowing, always edible, a fungus that sometimes tends to grow into small pieces of soil and needles in the meat that make effective and difficult cleaning for food purposes difficult and complex.
The organoleptic characteristics and the edibility of the Golden Steccherino depend on the place of growth and on the age of the carpophores, which is good that of the young carpophores, even if of generous size; it becomes discreet in the most mature specimens, mediocre in that of the too old specimens. As for the general opinion on its edibility this varies from mediocre edible to excellent, also depending on some personal tastes.

Preparation Mode –
The Hydnum repandum is still a good young mushroom, freed from bitter prickles, while, as mentioned, mature specimens are bitter and indigestible. For the harvest, it is necessary to proceed as usual for the mushrooms, that is to cut the base of the stem near the ground with the special knife. For cleaning, do not use running water, but only a brush and a damp rag to remove excess earth. In the case of the Hydnum repandum, the spines must be removed under the hat, which has a bitter taste. In addition, it is advisable not to consume this fungus from raw because it could cause stomach ache. Cotto, on the other hand, is very tasty, and is mainly used to make polenta. About its conservation, the preferable mode is in oil. The Hydnum repandum in Italy is appreciated above all in the central north, where it is used for many recipes.