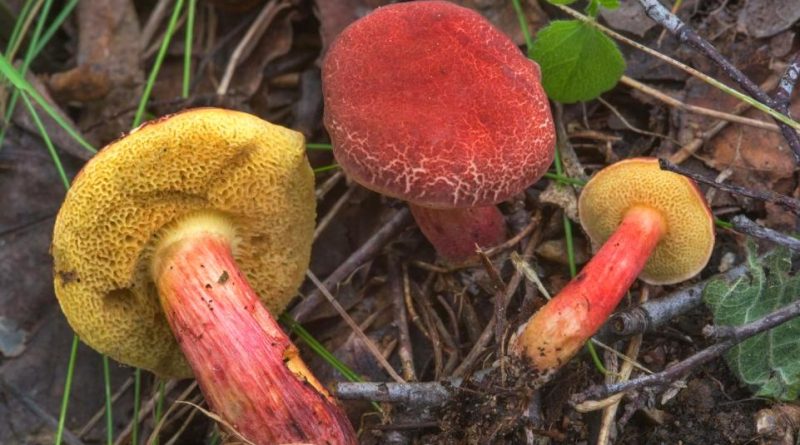 Etymology –
The term Hortiboletus comes from Horti, Latin Hortus, meaning “garden”, referring to one of the main habitats in which this fungus is commonly found and from boletus which is of controversial etymological origin: the term Boletus, derives from the Greek βωλήτης bolétes , with which the Greeks called a kind of mushroom (from βωλος bólos with the meaning of gleba, clod, bush, because growing among the clods or bushy places); others instead believe that the meaning of βωλος is to be extended to the ball, since the hat of most mushrooms is globose; for some authors it derives from Bolites name with which the Romans indicated the best edible mushrooms, even if originally referred to only the ova (Amanita cesarea), but soon used to call also porcini. The specific epithet rubellus derives from the Latin as diminutive of rúbeus, red, due to the color of the carpophore.

Geographic Distribution and Habitat –
Hortiboletus rubellus fructifies under broad-leaved forests (Quercus), especially in grassy and sunny areas, in the period from summer to autumn. This species is found in southern England, although not common, and is also present in Europe and the eastern United States. 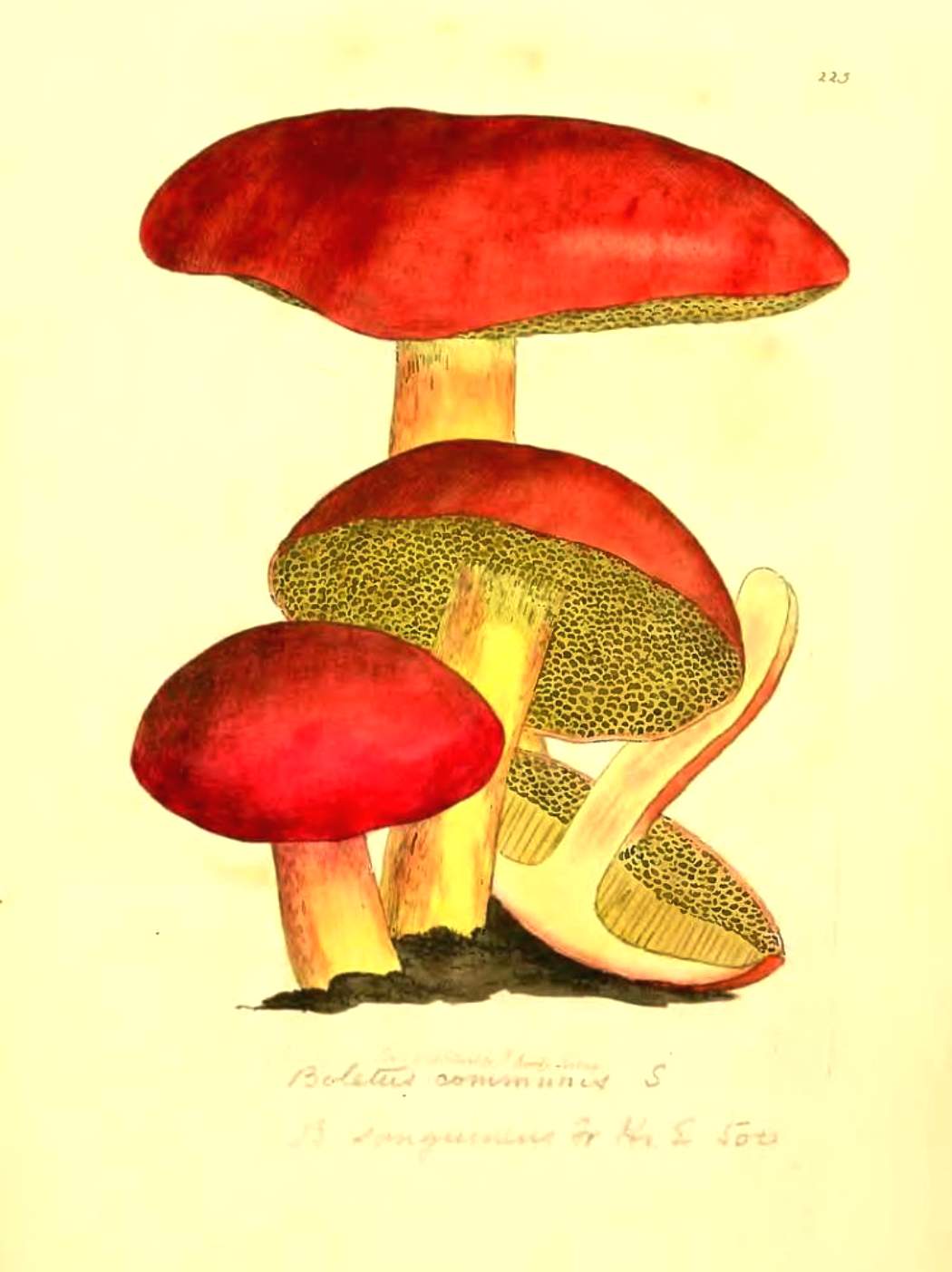 Recognition –
Ruby bolete is recognized for the hat that has a diameter of up to 10 cm, hemispherical, convex and then almost flat, although sometimes depressed, with a dry cuticle, slightly velvety, sometimes chapped in mature specimens, of variable color from bright red to cherry red, rather bright. The margin can sometimes be corrugated in mature specimens. The tubules are up to 10 mm long, free or slightly decurrent, with a yellow to olive color. The pores are small, angular, yellow, then yellow-greenish, which at the touch turns to greenish-blue, 1-2 mm. The stem measures 7-10 x 1-1.5 cm, with full consistency, cylindrical, attenuated at the base, almost radiant, often curved, with yellow color at the apex, elsewhere red as the hat, turns slightly blue to the touch and is without lattice. The flesh is firm but soft in the hat, which becomes woody-fibrous in the stem, yellow, pink under the cuticle, slightly turning to blue, red-orange at the base of the stem; it has a sour, fruity and sweet taste. Under the microscope there are spores of 10-13 x 3-5 μm, brown-olive in mass, ellipsoidal, smooth, guttulate. The basidia are largely clavate, tetrasporic, 30-45 x 15-18 μm and the cistids are bottle-shaped.

Uses and Traditions –
Hortiboletus rubellus is a species identified for the first time in the year 1836 by the German mycologist Julius Vincenz von Krombholz previously as Boletus rubellus, later widely known as Xerocomus rubellus after the recombination of Lucien Quélet. Since 2015, the species has been segregated in the neo-Hortiboletus neogenerate thanks to molecular investigations by Gelardi et al.
It is a fungus considered edible when young, then to be discarded for consistency at a more mature age, although according to some it tastes like soap; furthermore these small mushrooms are prone to larva infestation, so it is recommended not to collect them.

Preparation Mode –
Because of their consistency as young people, they can be prepared, excluding mature individuals, like other edible bolete even if the organoleptic quality is lower.