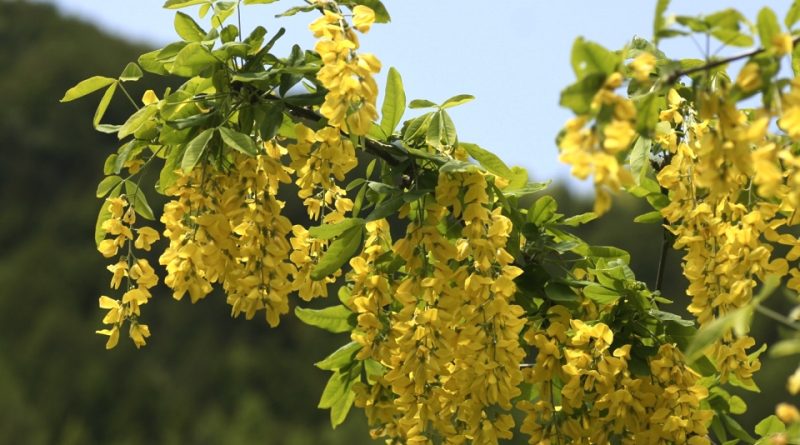 Etymology –
The term Laburnum is a genre already mentioned in Pliny: which is equivalent to avornio, laburnum. The specific alpinum epithet comes from the Alpes Alps: alpine, alpine. In fact some etymological texts distinguish between alpinus, relative to the altitudinal band above the limit of the plants, and alpester, the altitudinal band below, but the authors in publishing new species are rarely kept to this subdivision.

Geographic Distribution and Habitat –
The Alpine Laburnum is a small-medium-sized tree present in Italy in the Fagetum area (in the Alps up to 1,500 meters above sea level), which then grows at higher altitudes than Maggiociondolo (Laburnum anagyroides Medik.) Which is present at higher altitudes low in all regions except islands. The alpine laburnum is a species found in the mountains of southern Europe and in all regions of continental Italy except in Puglia and perhaps in Lazio. Can also vegetate along gullies run by avalanches thanks to the high ability to produce suckers. 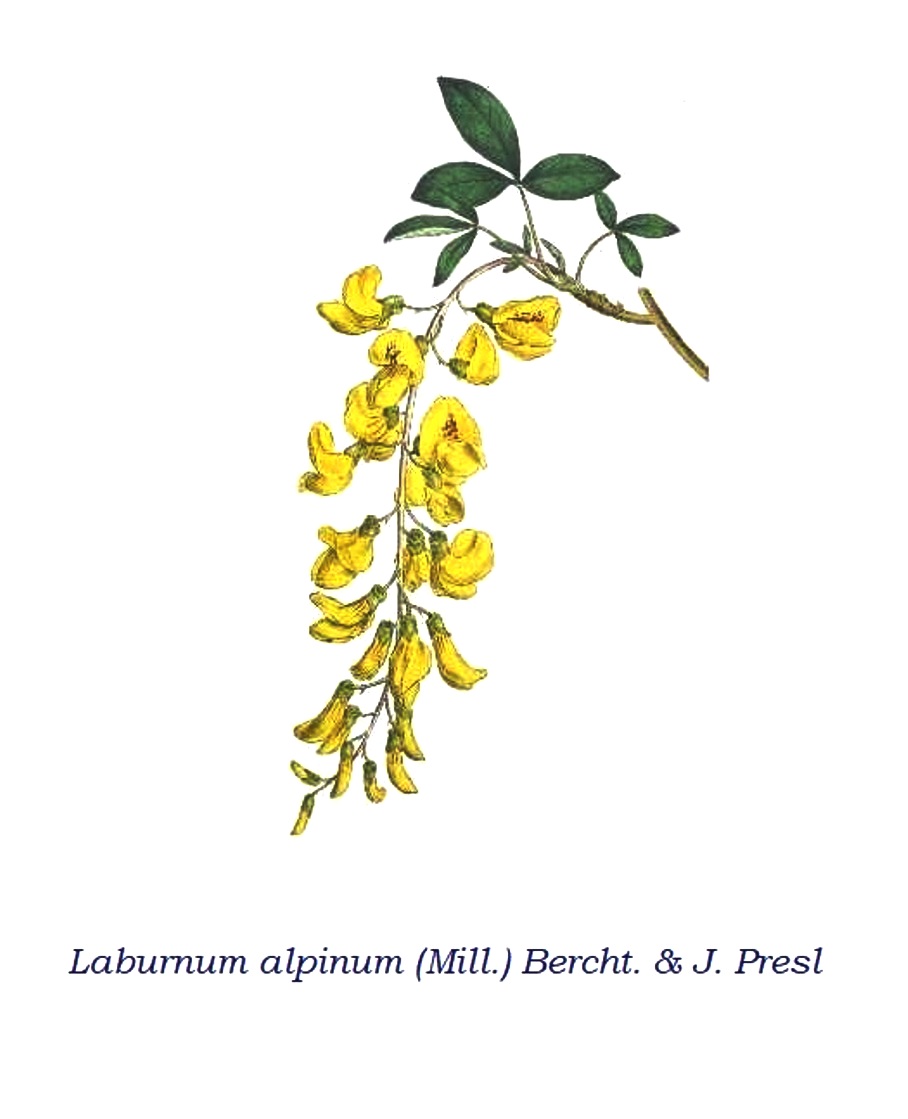 Description –
The Alpine Laburnum is distinguished from the Laburnum anagyroides by the glabrous or little hairy-siliceous twigs, the most acute leaves and by the legume with expanded dorsal suture in a wing of 1-2 millimeters. The Alpine Laburnum is a small tree that can reach a few meters in height, with expanded and irregular foliage; it has a straight trunk, often polyconic, with smooth, greenish rind, with greyish lenticels. The leaves are deciduous and alternate, composed of three leaf segments pointed at the end and long petiolate.
The flowers appear in the period of May-June, are bright yellow and gathered in numerous hanging racemes. The fruit is a hairless legume and is equipped with a 1-2 mm high wing along the upper suture.

Cultivation –
The Laburnum alpinum is a plant grown exclusively as an ornamental tree. Plants can be successfully transplanted even when they are large enough. The most common ornamental Laburnum plant is a hybrid of this species and Laburnum anagyroides, Laburnum × watereri.
For a good cultivation the plant prefers well drained soil, light, tending to sandy, or even medium-textured, even if it can grow in soils with higher contents of clay and nutritionally poor. The Alpine Laburnum prefers soils with slightly alkaline but has a wide adaptability to soils with lower pH. It is a lucivagous species (it does not like the shadow of the dense forest) and forms small groups on the edge of the coppice woods. It grows and flourishes in temperate and moderately humid habitats, especially in calcareous soils, often associated with woods of hornbeam and beech.
It can withstand strong winds but not maritime exposure and tolerates air pollution. The plant is noticeably susceptible to honey fungus.
Important is the ecological role that plays this species, in fact it has a symbiotic relationship with some soil bacteria that form nodules on the roots and fix atmospheric nitrogen. Part of this nitrogen is used by the growing plant, but some can also be used by other plants that grow nearby.
Unfortunately, it is fought by breeders for its toxicity, even for animals.

Uses and Traditions –
The generic name was already used by the Romans for a similar plant; the specific one, alpinum, indicates the general habitat of the Alps.
All parts of the plant, especially seeds and leaves, contain a toxic alkaloid (neurotoxin), the cytisine, which paralyzes the nerve centers causing even fatal poisonings. The wood is very well preserved and is used in the poles, but also for work on the lathe and for floors. The wood is hard, long lasting and very dark. It is used in violin making (such as the laburnum) for the construction of wind instruments. The Laburnum can be used in environmental recovery interventions in mountain areas with not too acidic soils.
As an ornamental species it is appreciated for its flowering. Even though it is small, wood is used as fuel. The green parts of the plant (especially the seeds) are toxic to humans because they contain the alkaloid cytisine.

Preparation Mode –
In addition to ornamental uses and some woodworking, Laburnum alpinum has no food or pharmaceutical use.