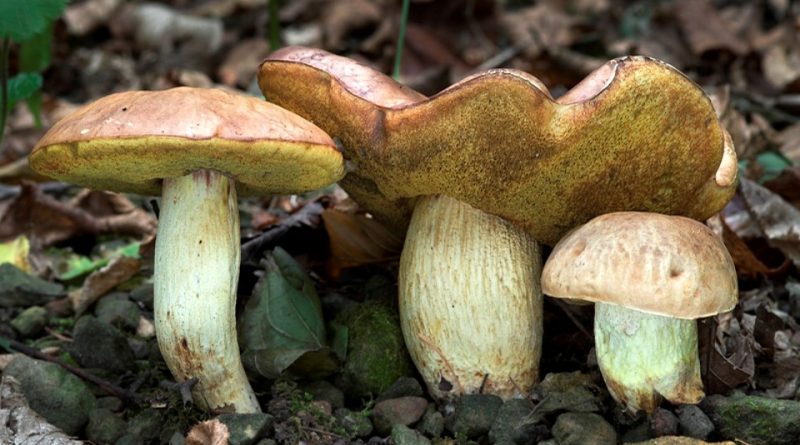 Etymology –
The term Hemileccinum comes from the Greek hémi, which means medium, half and from the word leccinum, which is of Latin origin and which means that it grows under the holm oak. The specific epithet depilatum comes from depilate depilate: that is depilated, without hairs.

Geographic Distribution and Habitat –
Hemileccinum depilatum is a symbiotic fungus that grows solitary or in small groups in deciduous forests. It is a thermophilic and calcicolous species, which grows mainly under oaks, hornbeams and hazels. It is found in the period that goes from the summer to the beginning of the autumn. 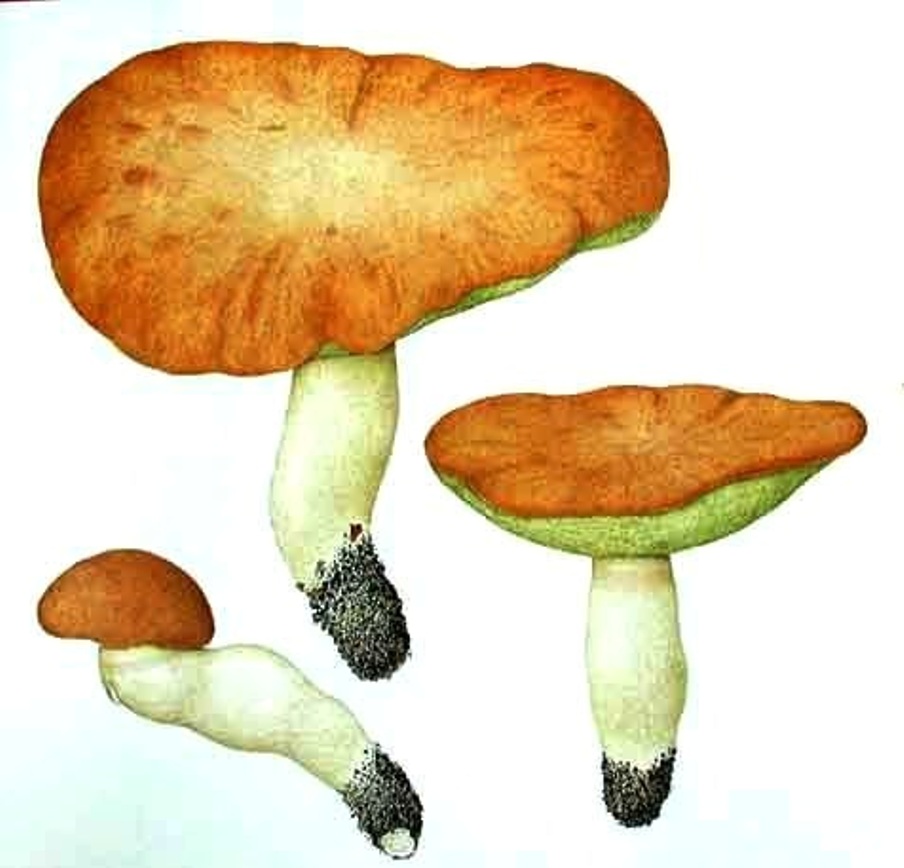 Recognition –
The Hemileccinum depilatum is recognized for having a hat of 3-10 cm in diameter with little margin exceeding, with a dry cuticle of gibbo-hammered appearance. The pores are never white as in porcini mushrooms, but yellow and then greenish. The stem appears to be without a lattice; at the apex it can often present a reddish-brown annular area. It has soft flesh, which becomes soggy in the hat, white-yellow, darker at the base of the stem and a little pink under the cuticle, unchanging when cut, with a fruity but phenol-like smell at the base of the stem and sweet taste.
For the careful recognition of this mushroom, the absence of the lattice and the furfuraceous decorations of the stem, the hat with little excess margin, the meat that becomes soggy in the hat, are the main macroscopic peculiarities for the determination. It can be confused with Hemileccinum impolitum (Fr.) Šutara = Xerocomus impolitus (Fr.) Quél. which however has a much more stocky shape. For a correct determination it is essential to observe the spores which are larger in Hemileccinum impolitum.

Uses and Traditions –
This fungus was included in 2008 in the genus Hemileccinum having different characteristics from Boletus. The genus includes species with macroscopic and microscopic characteristics intermediate between the Boletus s.l. (bearing, plot of the antenophore), the Leccinum (surface of the scabrosetta stem) and the Xerocomus s.str. (trichoderm structure of pileipellis). The validity of this new genus was confirmed by phylogenetic investigations that demonstrated the effective evolutionary distance between Hemileccinum, Boletus s.l. and Xerocomus.
However it is an edible mushroom, excluding the stem, and for some of excellent quality.

Preparation Mode –
Hemileccinum depilatum is a fungus that can be prepared and consumed a little like edible bolete, provided the stem is excluded.