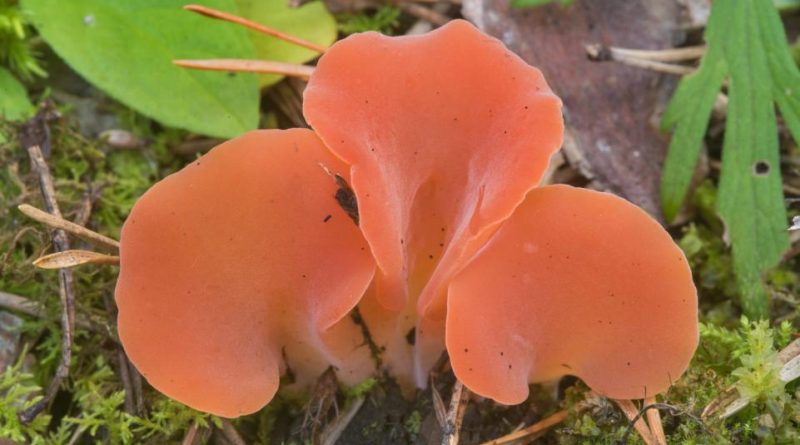 Gelatine Mushroom (Guepinia helvelloides (DC.) Br., 1828) is a saprophytic mushroom belonging to the family of the Incertae sedis.

Etymology –
The term Guepinia of the genus of mushrooms was dedicated in honor of Jean Pierre Guépin (1779-1858) who was a French mycologist and botanist. The specific epithet helvelloides comes from Helvella and from the Greek εἶδος eidos appearance: similar to a Helvella.

Geographic Distribution and Habitat –
Guepinia helvelloides is a saprophytic mushroom that grows gregarious or bushy, in humid areas and in soils rich in humus, in coniferous woods and often on woody residues; it is found in the period between summer and autumn. 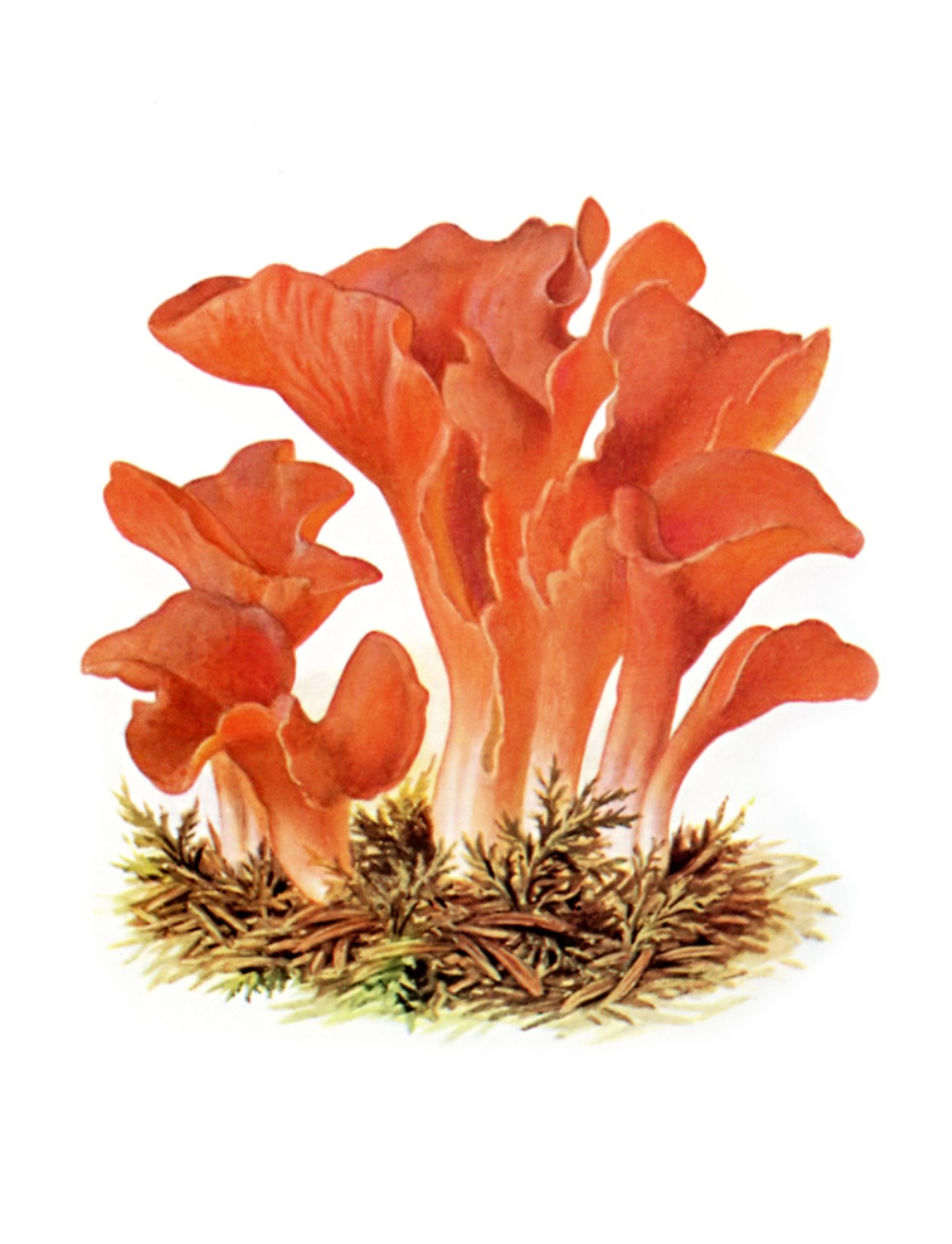 Recognition –
Gelatine Mushroom is recognized for a fruiting body of the size between 3 and 12 cm, elastic and gelatinous, initially spatuliform or sometimes shaped like an “ear” that over time becomes funnel-shaped with a lateral split to form a sort of stem; it has a red-orange or dark red color with shades tending to salmon. The outer surface is slightly pruinose in white, while the inner surface is smooth and darker. The flesh is reddish with a gelatinous and tender consistency, sub-zero odor and sour taste. Under the microscope there are spores of 9-11 x 5-6 μm, hyaline, white in mass, smooth, ellipsoidal.

Cultivation –
Guepinia helvelloides is not a fungus that is cultivated also due to its not excellent edibility.

Uses and Traditions –
The jelly mushroom is a gelatinous mushroom which, due to its appearance, consistency and color, does not lend itself to possible confusions. Characteristic shape with petals, such as to simulate an inflorescence, gelatinous cartilage consistency, flesh and external red-violating colors, devoid of significant flavor and odor. It can also grow directly on the wood of stumps but in decay but the largest and most beautiful specimens are found in humid and uncultivated meadows, on the low parts of the ski slopes where it forms groups of numerous specimens piled up like bunches of red flowers in the grass.
It can be confused with Auricularia auricula-judae because of its color and because of its gelatinous consistency and some species of ascomycetes belonging to the Helvellaceae and Pezizaceae families. It is an edible mushroom even from raw.