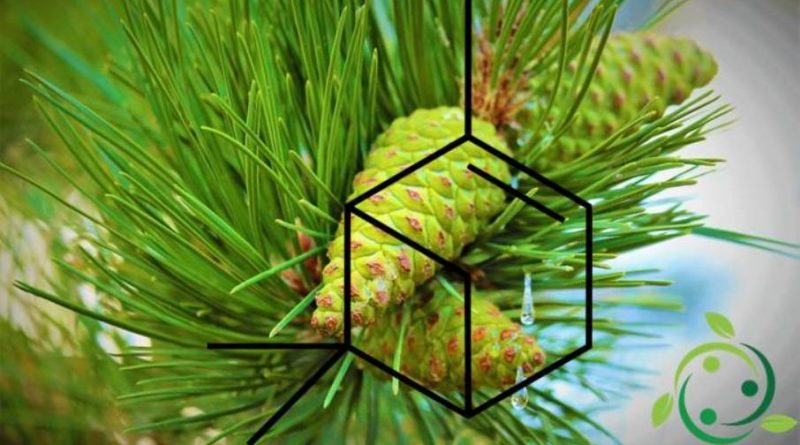 Pinene, whose brute or molecular formula is: C10H16, is an organic compound that is found in the resin of various conifers (mainly Pinaceae) and owes its name to the pine. It belongs to the family of terpenoids and in particular is a bicyclic monoterpene. Pinene is obtained in good quantities (3-4 kg per ton of wood) in the production process of cellulose from coniferous wood.
The pinene is a very volatile compound in the air, the pinene releases a pleasant balsamic aroma (smell of resin, smell of pine wood) volatilizing. It is also used as a chemical attractant in the management of forest insects.
It has α-pinene, β-pinene and γ-pinene as isomers. The latter is used in synthetic solvents with organic derivation (vegetable) such as turpentine.

The first two types are instead used to produce balsamic candies and suffumigi for inhalation.
In nature, however, there are two structural isomers of pinene: α-pinene and β-pinene. Both isomers are used by many insects in their chemical communication system. The two isomers of pinene form the main component of turpentine.
Pinene, in addition to being found in the resins of many conifers, is contained in other plants such as those of the genus Heterotheca, of the Asteraceae family and in Artemisia tridentata, a species native to the western United States, where it is known by the name Sagebrush municipality.
Studies suggest that β-pinene has the property of acting as a mood stabilizer, especially when used in combination with the linalol terpene. Β-pinene is also known for its antimicrobial properties.