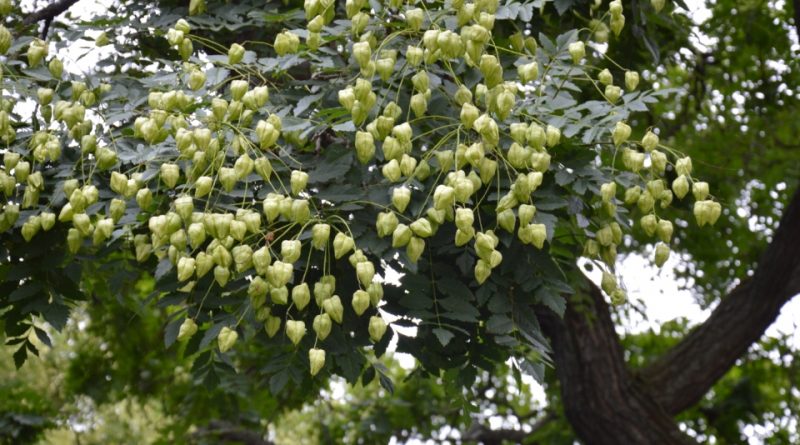 Koelreuteria, also known as the Golden Tree of the Rain or Chinese Lantern Tree (Koelreuteria paniculata Laxm., 1772) is an arboreal species of the Sapindaceae family.

Systematics –
From a systematic point of view it belongs to the Eukaryota Domain, Kingdom Plantae, Magnoliophyta Division, Magnoliopsida Class, Sapindales Order, Sapindaceae Family and then to the Genus Koelreuteria and to the K. Paniculata Species.

Etymology –
The term Koelreuteria was given in honor of the German botanist Joseph Gottlieb Kölreuter (Koelreuter or Kohlreuter, 1733-1806) member of the Petersburg Academy who was the first to scientifically study the hybridization phenomena, creating hybrids of numerous species and following development for several generations. The specific paniculata epithet comes from panoculata panicle: for the panicle inflorescences.

Geographic Distribution and Habitat –
Koelreuteria is an arboreal species native to an area located between China, Japan and Korea. It is present in Europe where it was introduced as an ornamental species after the mid-eighteenth century. 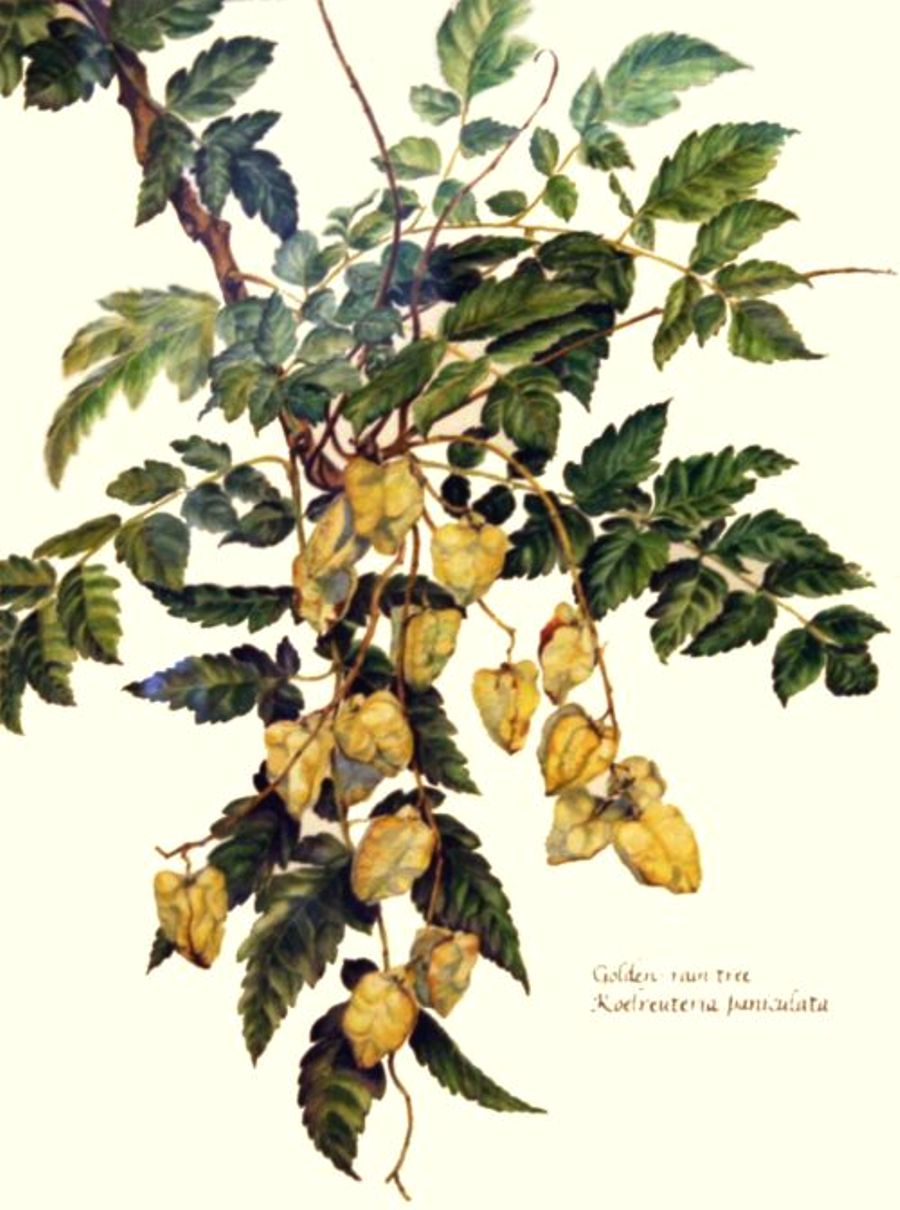 Description –
Koelreuteria paniculata is a tree that can reach 15 meters in height and has a horizontally expanded dark green foliage. The trunk is a bit ‘sinuous is covered with a thick rind, gray-brownish, vertically furrowed. The leaves are deciduous, alternate, petiolate, up to 35 cm long, composed, once or twice imparipinnate, with segments of 8 cm, variously lobed or toothed, or whole. The flowers are yellow with a slightly asymmetrical goblet and the corolla with 4 conniving petals, elongated, reddened at the base; these are collected in pyramidal panicles. The fruit is a capsule that opens along the dorsal sutures, with three convex edges, containing some black and spherical seeds.

Cultivation –
The Chinese lantern tree needs a sunny exposure for many hours a day in order to have a good flowering. It bears very well the sultry or torrid heat of summer and winter temperatures down to -15 / -20 ° C. is a plant that adapts to any type of soil rich in organic substance and well drained. The adult plant is satisfied with the rains while the young one, still under development, must be watered regularly to keep the soil moist. To prevent the water from dispersing, dig a basin around the trunk after planting. The plant also reproduces by seed in spring between February – March. Sowing is carried out in a box containing specific soil. The seeds must be buried in holes 10 cm deep, about 50 cm apart. The seeding substrate must be kept constantly humid for as long as necessary for the germination and development of the shoots. When the plants of Koelreuteria paniculata will be quite vigorous they can be put to permanent residence, in the autumn period after the fall of the leaves, in the ground or grown in single pots that will be changed as the plants grow.
The hole destined to receive the plant must be deep and twice the size of the bread that surrounds the roots. To provide an adequate supply of nutrients it is advisable to enrich the bottom of the hole with mature manure.

Uses and Traditions –
The tree of Chinese lanterns for the shape of the fruit and its flowering is a plant of ornamental interest; it is found in parks and gardens in relatively mild climate areas. Her interest is given by the beautiful foliage, the yellow bloom and the curious fruits that remain on the plant for a long time. for this reason it is a species widely cultivated in southern Europe where it finds the best climatic conditions. It is also much appreciated by Americans where it is called with the nickname “Golden rain tree”

Preparation Mode –
The golden tree of the rain, in addition to the ornamental ones, does not have particular uses for food or for pharmaceutical purposes.