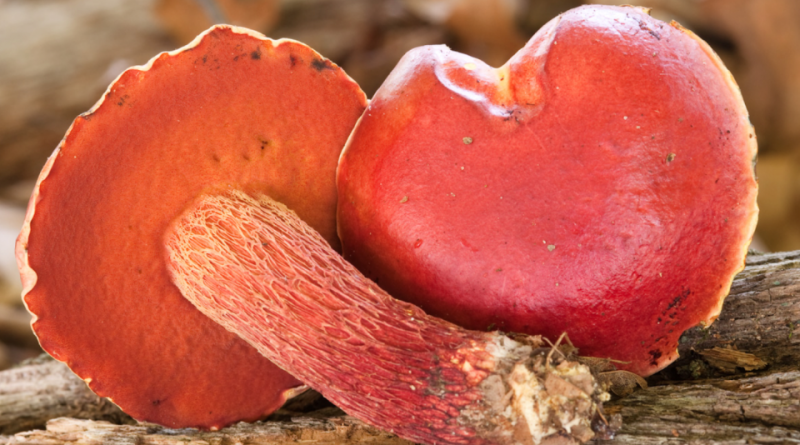 Etymology –
The term Exsudoporus derives from exsudo exudare: that is, it produces exudate and from porus, pores; pore, that is, exuding from the pores. The fracte sepecific epithet was given in honor of the amateur American mycologist Charles Christopher Frost.

Geographic Distribution and Habitat –
Exsudoporus frostii is a mycorrhizal species that grows associated with the roots of various tree species, including: Pinus virginiana and Quercus laurina. It is found both solitary and in groups in a period that goes from the summer to the beginning of the autumn. In the United States it is widespread from Maine to Georgia, west to Tennessee, Michigan and south to Arizona. In Mexico it is often found under Arbutus. This mushroom is also found in Costa Rica, where it grows under Quercus copeyensis, Q. costaricensis, Q. rapurahuensis and Q. seemannii. 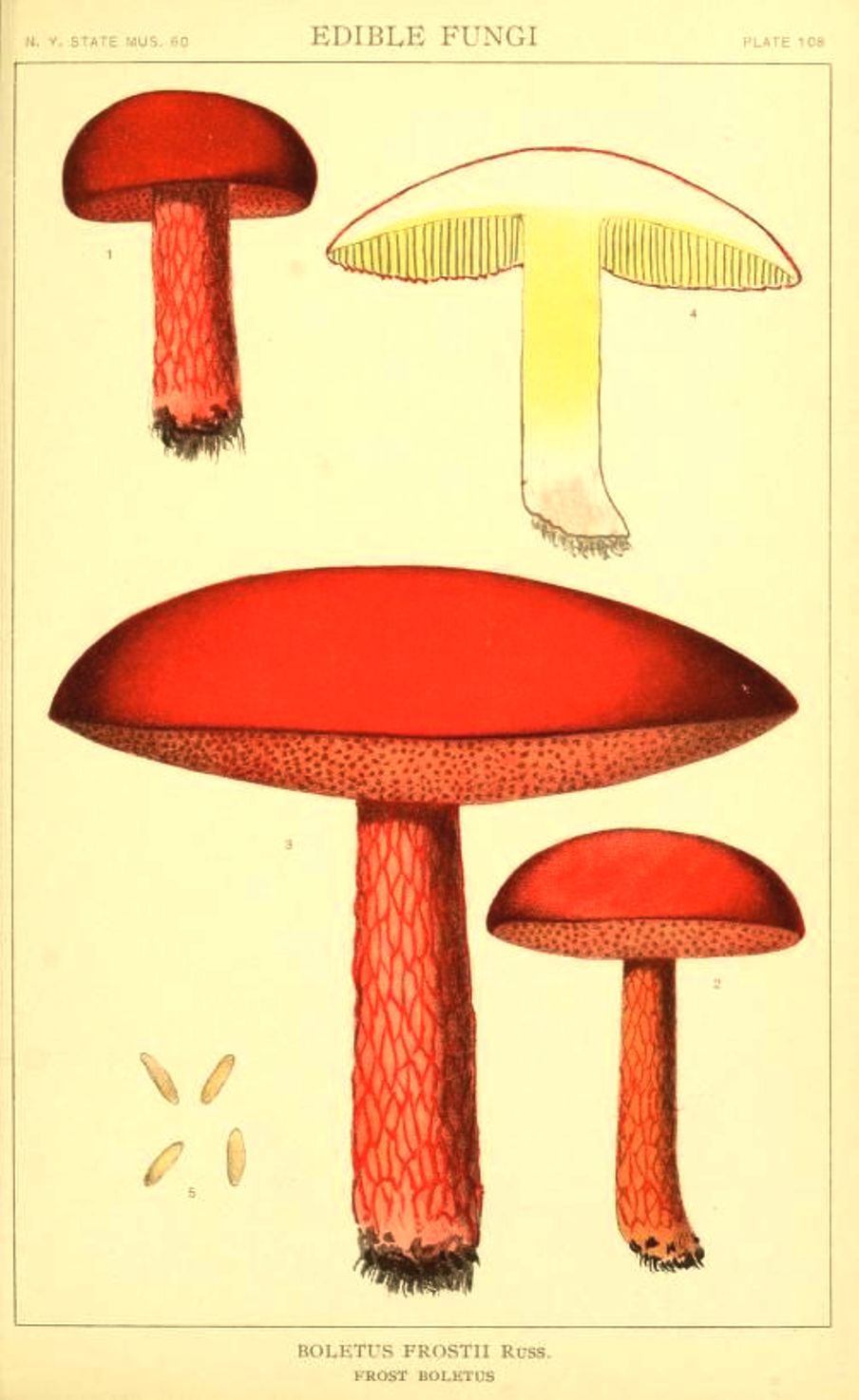 Recognition –
The Exsudoporus frostii is recognized because in the young specimens the shape of the cap varies from semi-spherical to convex, becoming convex smoothed or slightly depressed, with a diameter between 5 and 15 cm, with involute margin in the young and that, in adults can relax or bend outwards. When it is wet, the surface of the hat is sticky. The color is initially bright red but tends to fade with age. The meat has a color that varies from pale yellow to lemon yellow and tends to turn to blue, more or less quickly, if damaged.
The tubules are 9-15 mm deep, yellow or yellow-olivaceous and blue if damaged. The pores are small (2 or 3 mm), round and intense red in the not too old specimens; in these last ones the color of the pores can be paler. The surface of the pores is often rich in yellowish drops when the fungus is young and turns immediately to the blue from which the name Exsudoporus. The stem measures 4-12 cm in height and 1-2.5 cm in thickness. The surface of the stem is red, yellowish near the base and is cross-linked. The lattice is composed of ridges. The mycelium, which is visible at the base of the stem, is yellowish or light yellow. The spores are smooth and fusiform, of olive color, of 11-15 for 4-5 μm, but spores with a length of 18 μm can be obtained. The steric film is 3-6 μm wide. Basidi carry four spores and measure 26-35 for 10.5-11.5 μm. Cystides measure 30-53 μm in length and 7.5-14 μm in width.

Cultivation –
Exsudoporus frostii is not a fungus known to cultivate or attempt to do so.

Uses and Traditions –
Even if it is this fungus is considered edible, consumption is usually discouraged because it can be confused with other bolete with red pores and meat that turns blue. In fact, many authors do not recommend consumption because of its resemblance to other red hat bolete, which are toxic. Despite these warnings, Exsudoporus frostii is considered ordinarily edible especially in Mexico where it is commonly sold in rural markets; a 1997 study suggests that it is consumed only in the rural areas of the state of Querétaro. Its taste and smell are called “pleasant” or “sweet” and tastes like citrus, although the cuticle of the hat can have an acidic taste.
In Mexico, its vulgar name is panza agria, which translates into “sour belly”.
The fruiting bodies of Frost’s Boleto may be parasitized by Sepedonium ampullosporum, which causes necrosis of the fungus tissue and a yellowish coloration.

Preparation Mode –
The consistency of this mushroom is similar to that of other boleti but in any case its consumption is not recommended so as not to incur tragic errors of determination and confusion with toxic red-hat mushrooms.