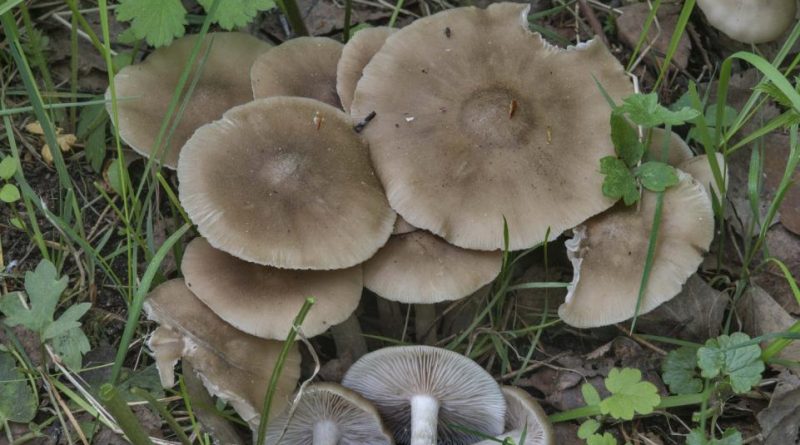 Systematics –
From the systematic point of view it belongs to the Eukaryota Domain, Kingdom Fungi, Basidiomycota Division, Basidiomycetes Class, Order Agaricales, Family Entolomataceae and then to the Genus Entoloma and to the E. clypeatum Species.

Etymology –
The term Entoloma comes from the Greek εντός entόs inside and λῶμα lóma edge, fringe: with the margin rolled inside. The specific epithet clypeatum is derived from the Latin clipĕum = round shield of metal, typical of the Roman soldiers, or rather the shape of the hat wrapped in the margin and umbonate in the center, which gives it the appearance of a shield.

Geographic Distribution and Habitat –
The Entoloma clypeatum grows in grassy areas, in tufts, at the foot of the rosaceae (pear, apple tree); the period of appearance is from spring to early summer; it is however a very precocious species that may appear as early as January and the births can last until the end of April and beyond. It grows in the woods, in the parks and in the gardens, always associated with trees of the Rosaceae Family: Apple, Pear, Cherry or Olmi or wild blackthorn. 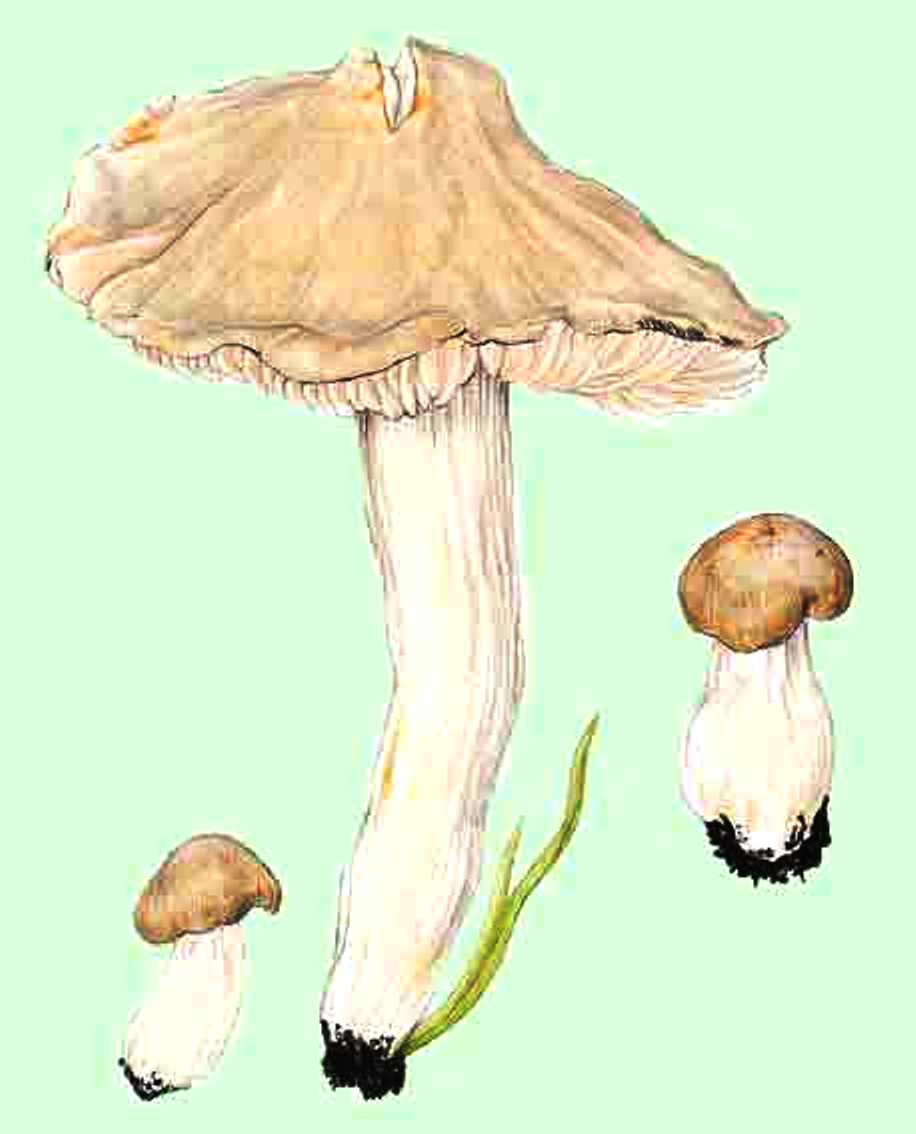 Recognition –
The Entoloma clypeatum is recognized for the hat of 3-10 (12) cm of diameter, thick, conical, conical-campanulate with the involute margin, tending with age to flatten while maintaining, however, the involute and wavy margin, or cracked in mature specimens. In the central part it has an obtuse, wide and low umbone, which sometimes appears pointed right in the middle, so as to give it the typical shield shape as indicated by the name. The surface is smooth, fibrillose, shiny, hygrophanous; sometimes there is a slight streak at the margin. The color is dark gray, olive or brownish gray with wet weather and a little lighter in dry weather. The lamellae are spaced and slightly ventricose sometimes intervened, usually intercalated by lamellule; initially white, pale, then gradually they tend to pink until they become pinkish-brownish when ripe. The lamellar thread is eroded, the stem attachment is adnate or just decurrent. The stem measures 5-10 (14) × 0.8-2 cm; it is cylindrical, full, hollow at the end, sometimes sinuous, pruinose upwards and with large longitudinal fibrils, with a white and then gray-brownish color; sometimes it can present itself just swelled to the base where in some cases it joins other subjects, forming clumps. The flesh is whitish then greyish, hygrophanous, firm and fibrous in the stem with a pleasant taste and smell of flour. Under the microscope, pink spores of 8.1-10.6 × 7.5-9.2 μm are noted; Qm = 1,1, sub-shannels with angles with 5-7 edges.

Uses and Traditions –
Entoloma clypeatum is part of a mushroom family formed by many species that live in very different habitats: forests and grassy areas of the plains and mountains, frequently in the gardens. Most of these are of no food interest and Entoloma sinuatum = Entoloma lividum is very poisonous. Entoloma clypeatum is typically spring-like, always associated with Rosaceae, in particular with wild blackthorn, or with Olmi. In specimens grown near each other, you can often see the pink color of the dirty on the hat of the sample below. It can be confused only with other species of Entoloma that are born in spring that are very similar for the habitat (important the association with Rosaceae or Ulmus spp.).
It is a fungus of discreet-good edibility, as well as a first fruit, and also for this reason it is much appreciated by the more experienced seekers.
In the collection in the parks and gardens of the inhabited areas, where it is also frequently found, there can be sanitary problems due to the pollution produced by herbicides, pesticides and pesticides. For this reason it is better to avoid consuming any fungus collected in urban areas.

Preparation Mode –
This mushroom can be consumed and prepared in various ways even alone or in a mushroom mix. The young specimens are ideal for conservation in oil.