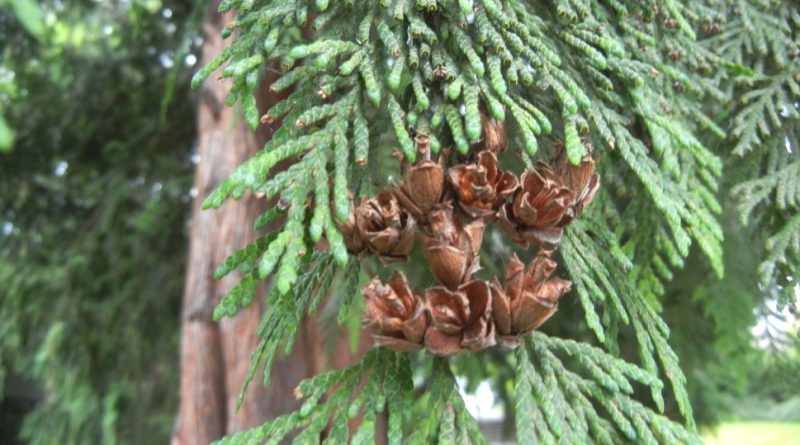 Western Red Cedar or Red Pacific Cedar or even Giant Cedar (Thuja plicata Donn, 1824) is an evergreen conifer of the Cupressaceae family.

Systematics –
From a systematic point of view it belongs to the Domain Eukaryota, Kingdom Plantae, Subarign Tracheobionta, Superdivisione Spermatophyta, Division Pinophyta, Classe Pinopsida, Order Pinales, Family Cupressaceae and then to the Genus Thuja and to the Specie T. plicata.
The term Thuja gigantea Nutt is synonymous ..

Etymology –
The term Thuja comes from the Greek θύον thýon odorous tree, incense. The specific plicate epithet derives from folded, folded plico: with longitudinal folds, referring to the model of its small leaves.

Geographic Distribution and Habitat –
The Western Red Cedar is a native species of western North America, in an area between southern Alaska and California. It is the emblem tree of British Columbia, and was massively used by the Native Americans of the Pacific Northwest coast. It is indeed a species of oceanic climates, characterized by snowy winters, not excessively rigid, and warm and humid summers, where it grows from sea level up to a maximum of 2290 m at Lake Crater in Oregon.
It forms hardly pure woods, mixing mostly with firs, pines, poplars, maples and oaks and mostly with Douglas Fir and Tsuga heterophylla. This tree was introduced in Great Britain in the mid-nineteenth century and from there it spread throughout Europe with numerous cultivars. The plant has also been introduced in the eastern United States, in Australia (at least until the latitude of Sydney), in New Zealand, and at high altitudes, even in Hawaii. 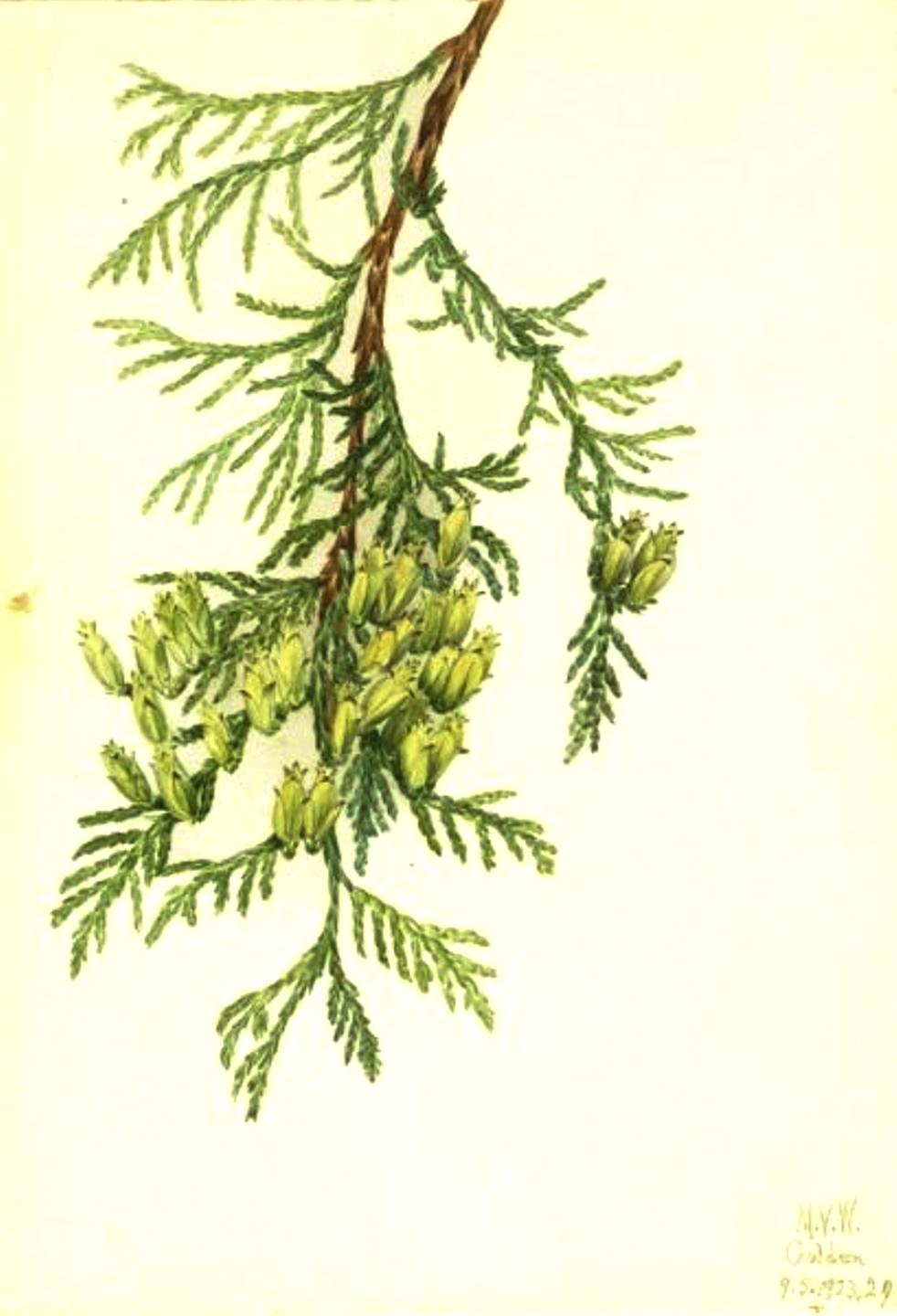 Description –
The Thuja plicata is a tree with ovate-conical bearing that can reach heights of 60 m in the areas of origin, while in Europe it reaches a maximum of 30 meters. It has a straight trunk, covered with a very brittle reddish-brown rind visibly furrowed towards the base. The leaves are more or less gingerbore, opposing squamiform on flattened sprigs, light green above and glaugo-cenerine in the lower part. The male cones are ovoid, yellow, small, while the female ones are not very visible and greenish in color.

Cultivation –
Thuja plicata grows well in fertile soils that have a particular ability to retain moisture and are sufficiently protected from strong winds. It also tolerates very calcareous soils. It is advisable to plant small specimens, which do not exceed 60 cm in height: plants of this size take root much better. If it is grown from isolated specimen, better if in areas sheltered from the wind and humid; it grows with a large expansion of the foliage, always conical in shape. If it is cultivated, on the other hand, to more close-up specimens form particularly thick and dense hedges.

Uses and Traditions –
The Western Red Cedar is a tree characterized by durable and resistant wood, of excellent quality. Remember that despite their excellent aroma, the leaves of all the species of thuja are poisonous due to the presence of the tujone.
Thuja plicata is widely cultivated as an ornamental plant, including the use and creation of screens and hedges more or less high. The Amerindians used its wood to build their houses, canoes and to sculpt their totems, this because it has a light wood (density about 0.35) almost imputrescible, which is worked and cut easily; this wood is also used to make tiles, coverings, finishes, small furniture, as well as the harmonic tables of the guitars. This plant is also used for reforestation but, in this sense, its importance is less.

Preparation Mode –
La Thuja plicata does not have particular uses of a pharmacological, therapeutic or alimentary nature since even plants that give off a pleasant smell are poisonous due to the presence of the tujone which is a ketone and a terpenoid which has a menthol odor and is also found in modest quantities in the tansy and traces also in sage and hyssop.