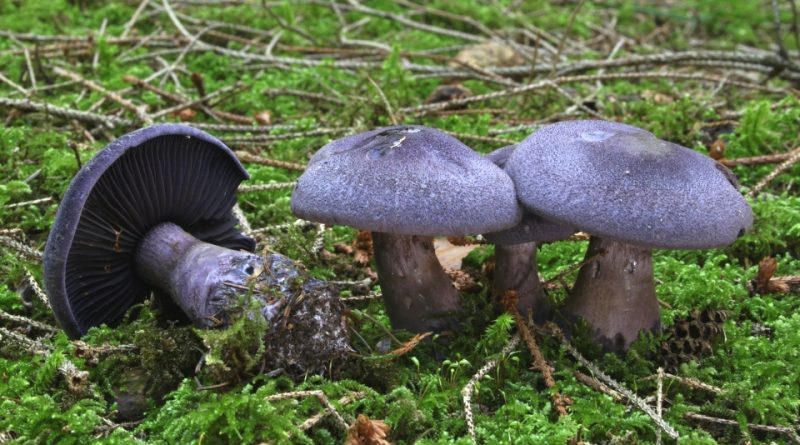 Systematics –
From the systematic point of view it belongs to the Domain Eukaryota, Kingdom Fungi, Phylum Basidiomycota, Subphylum Agaricomycotina, Class Agaricomycetes, Sottoclasse Agaricomycetidae, Order Agaricales, Family Cortinariaceae and then to the genus Cortinarius and to the species C. violaceus.

Etymology –
The term Cortinarius derives from a curtain: with a curtain, due to the characteristic residuals of the partial veil from the edge of the hat to the jamb. The specific epithet violaceus refers to the color of its carpophores.

Geographic Distribution and Habitat –
Cortinarius violaceus is a fungus found mainly in coniferous woods, but also occasionally even in the presence of broad-leaved trees. It is a mainly gregarious mushroom and prefers moist and muscular areas and a basically calcareous substratum; not very common but abundant in growth areas. The period of growth goes from summer to late autumn. 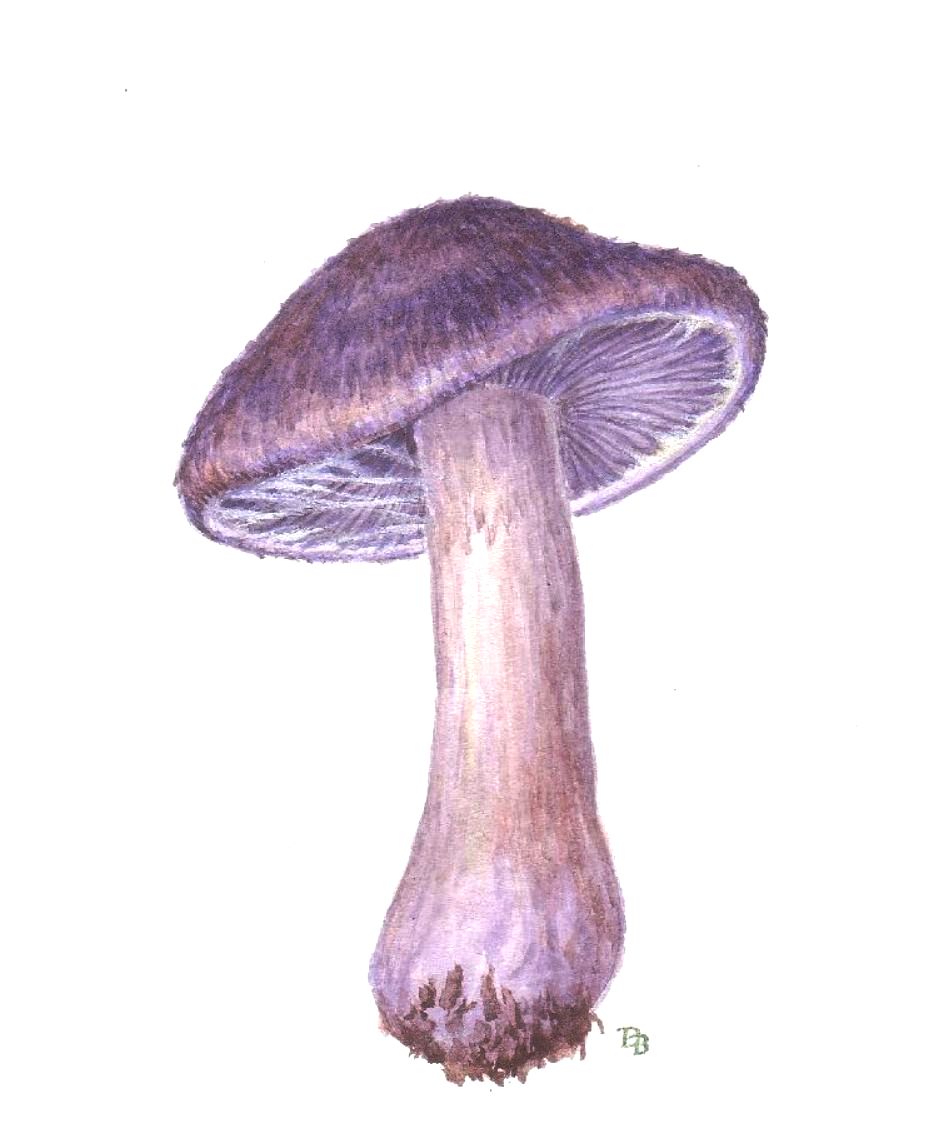 Recognition –
This mushroom is quite unmistakable due to its uniform purple color, due to the velvety aspect of the cuticle of the hat measuring 6-14 cm in diameter, first hemispherical, then convex-flattened, dark violet color, tomentose, dry, fleshy. The lamellae are dark purple, brown-cinnamon with the maturation of the spores, sinuato-adnate, wide, often anastomosed (connected to the base by veins). The stem measures 7-20 x 1-2.5 cm, with fibrillated surface, of the concolour to the hat or a little ‘paler, claviform, first full and then empty. The curtain is purple and fleeting, leaving a decoration on the upper part of the stem, on which the rust-colored spores are deposited. The flesh is violet in color, soft, spongy, with the smell of Russian leather and sweet taste. The spores are ocher-fawn, ellipsoidal, 10-12 x 5-8 μm.

Cultivation –
Cortinarius violaceus is not a cultivated mushroom.

Uses and Traditions –
Although two varieties of Cortinarius violaceus are described in literature, considered by some authors as subspecies or even as autonomous species (the var. Violaceus, which grows under the deciduous trees and has more elongated spores, and the var. Hercynicus, which grows under the conifers and has sub globose spores) the real differences between the two varieties are not very significant and therefore can be considered within the range of variability of a single taxonomic entity.
On the other hand, it can be confused, at a summary examination with Cortinarius caesiocyaneus, Cortinarius rufoolivaceus, Cortinarius coerulescens and other violet-violet cortinari.
As for the edibility of this fungus, although considered by some of good edibility, has some drawbacks for which it is not recommended for use. In fact, it is not appreciated by everyone, because when it is cooked, it tends to purple the whole dish and therefore also any other mushrooms cooked together. It can also be confused, by the less experienced, with purple, inedible or toxic edibility or unestablished congeners. For this reason, the consumption of this species is strongly discouraged due to the strong smell of meat, which intensifies during cooking and due to its mediocre organoleptic qualities.

Preparation Mode –
This mushroom, although edible, has some drawbacks in the preparation as it tends to color all the purple plate and therefore to defeat, if cooked with other mushrooms, their chromatic characteristics.