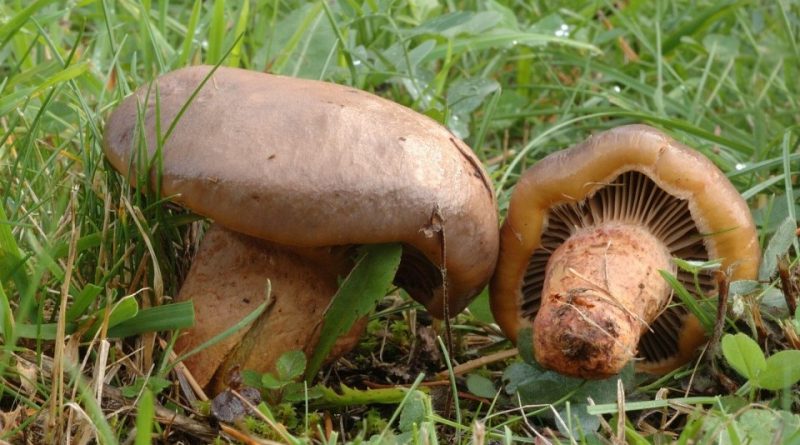 Systematics –
From the systematic point of view it belongs to the Domain Eukaryota, Kingdom Fungi, Basidiomycota Division, Subdivision Agaricomycotina, Class Agaricomycetes, Sottoclasse Agaricomycetidae, Order Agaricales, Family Cortinariaceae and then to the genus Cortinarius, to the subgenus Bulbopodium and to the species C. glauco pus.

Etymology –
The term Cortinarius derives from a curtain: with a curtain, due to the characteristic residuals of the partial veil from the edge of the hat to the jamb. The specific epithet glaucopus comes from the Greek γλαυκός glaucós glaucus and from πούς pús foot, stem: from the stem with blue flesh.

Geographic Distribution and Habitat –
Cortinarius glaucopus is a fungus that grows in coniferous and mixed forests, it is preferably found in deciduous woods with preference for Fagus sylvatica, but is also found under coniferous trees in the mountains, such as white fir (Abies alba) and spruce (Picea excelsa ). The period of growth is, also according to the altimetry, between summer and autumn. 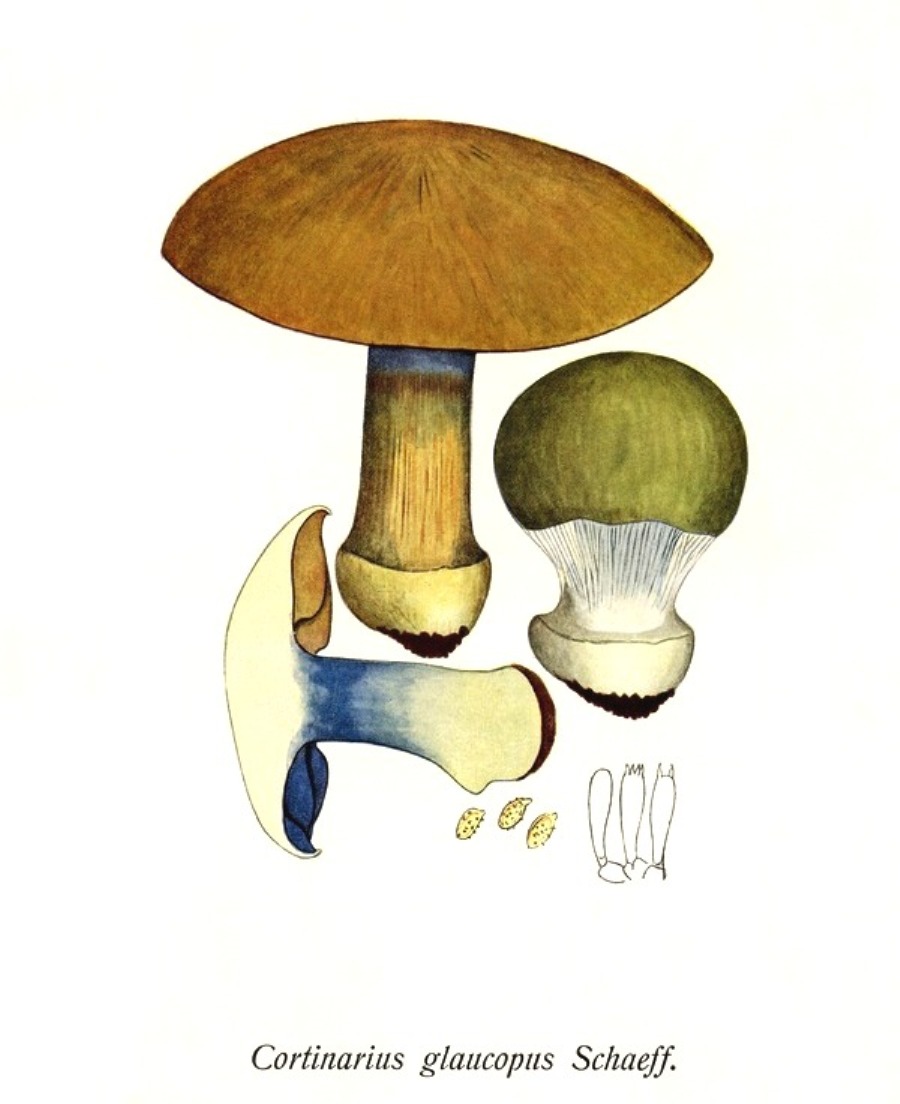 Recognition –
Cortinarius glaucopus is recognized for the hat, 5-12 cm in size, fleshy, convex, then expanded, with a slightly involute edge, with a viscid, ocher-reddish or brown-olive-like surface, covered with darker flakes or fibrils. The lamellae are not very dense and stalked at the stem; lilac-bluish, with cinnamon-colored maturation. The meat is quite firm, of a white-yellowish or bluish color, odorless or with a faint odor, of flour and sweetish taste.
Under the microscope you can see finely wrinkled or dotted spores, elliptic-amygdaliform, ocher-reddish or rust in mass.

Cultivation –
No cultivations or attempts of Cortinarius glaucopus are known.

Uses and Traditions –
This mushroom was once classified into a group of well-known edible courtyards with the nickname “Phlegmacium”.
Opinions about its edibility are discordant: some people classify it as a “good edible” mushroom (B. Cetto, I funghi al vero, 2008) while some classify it as edible between mediocre and, even, possible toxicity . There are those who identify in this mushroom an unpleasant smell from earthy to sweat and mild taste.
For others still edibility is very good. However Cortinarius glaucopus is, even if it presents a great variability (something that most probably determines these discordant opinions), without however losing its main morphological characteristics, it remains one of the most appreciated edible courtyards.

Preparation Mode –
This mushroom, due to the consistency of its meat and the size it can reach in some cases, lends itself very well to being dried or preserved in oil or in vinegar.