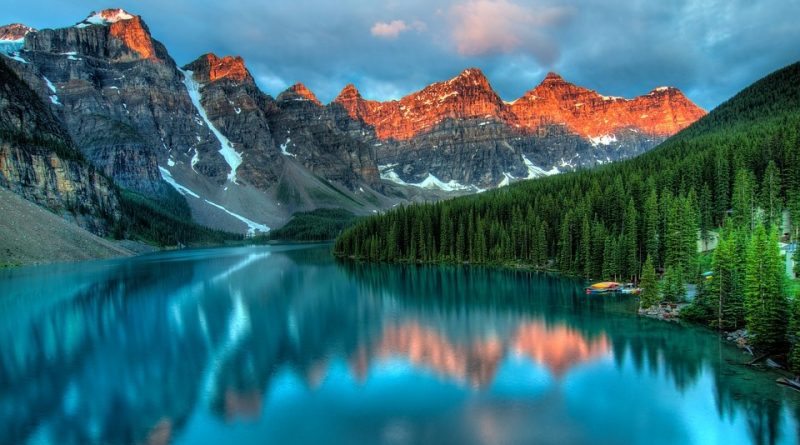 Canada is a federal parliamentary monarchy located in North America, bounded by the Atlantic Ocean to the east, the Pacific Ocean and the US state of Alaska to the west, the Arctic Ocean to the north, and the United States of America to south. It includes ten provinces and three territories. The Canda, after Russia is the second largest state in the world, covering 9.984.670 km² (of which 9.093.507 km² of land and 891.163 km² of water) and its border with the United States of America, which measures 8.893 km is the longest in the world separating two states.
Canada has a very diverse geography as it occupies a large part of the North American continent (41%).
Canada covers an area between the Pacific Ocean to the west and the Atlantic Ocean to the east and between the United States of America to the south and to the northwest (with Alaska), and the Arctic Ocean to the north.
Moreover, since 1925 Canada has claimed the ownership of the Arctic portion between 60 and 141 ° C with respect to the North Pole; however, this request is not universally recognized.
The magnetic north pole lies within Canadian borders, but recent measures indicate that it is moving to Siberia. 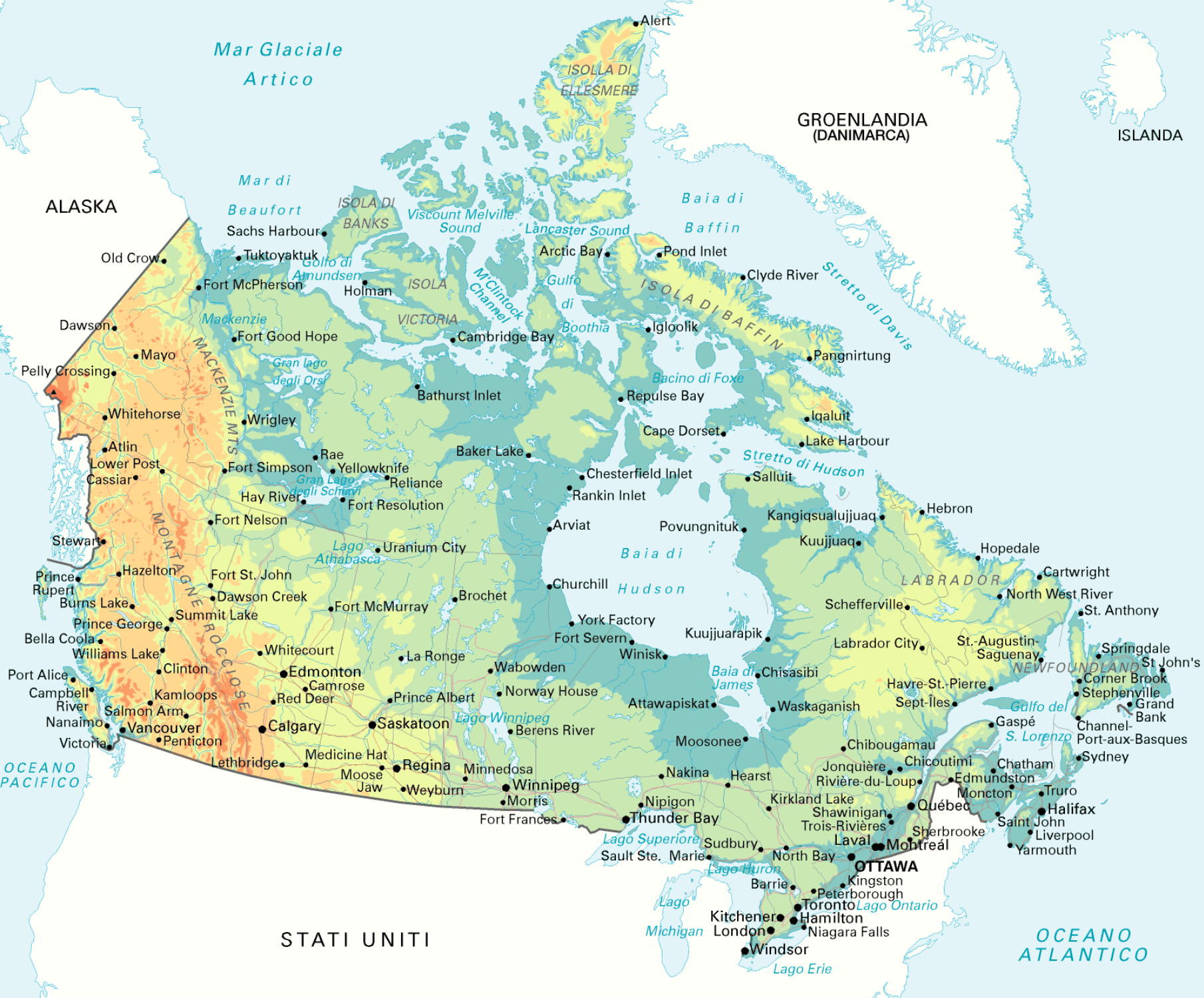 Canada has a wide variety of physical regions and ecosystems, including many maritime territories, and the longest coastline in the world (202.080 km). The country extends in a longitudinal direction for 5600 km and is crossed by six time zones; obviously, the climate, landscapes and settlements are also very different. However, the territories north of the Arctic Circle are practically uninhabited, as is the Canadian Shield that occupies about half of the country.
Among the mountain ranges we remember that of the Appalachians that extends from Alabama, in the south of the United States of America, up to the Gaspé peninsula, the Atlantic provinces and Quebec, creating hilly systems and valleys in which various rivers flow.

Important for its climatic, naturalistic and hydrographic aspects is the southern region of Quebec and Ontario, which includes the Great Lakes area and the San Lorenzo river basin, is a particularly rich sedimentary plain. Before the colonization and development of cities occurred particularly in the twentieth century, this area housed large mixed forests that almost entirely covered the flat land between the Canadian shield and the Appalachians. Most of these forests have been cut to make way for settlement and agriculture, but the remaining areas are now protected.
At one time the wildlife was the great resource of these regions, providing the natives with sustenance and skins to trade. Moreover, since the end of the nineteenth century mineral resources have been exploited, while timber cutting and silviculture are the backbone of the area’s economy.
Canada has large reserves of water: 7% of the world’s fresh water, and the third cluster of glaciers in the world, after Antarctica and Greenland. Thanks to the glaciations Canada hosts more than two million lakes: of those inside Canada, more than 31,000 have an area between 3 and 100 km², while 563 are larger than 100 km².