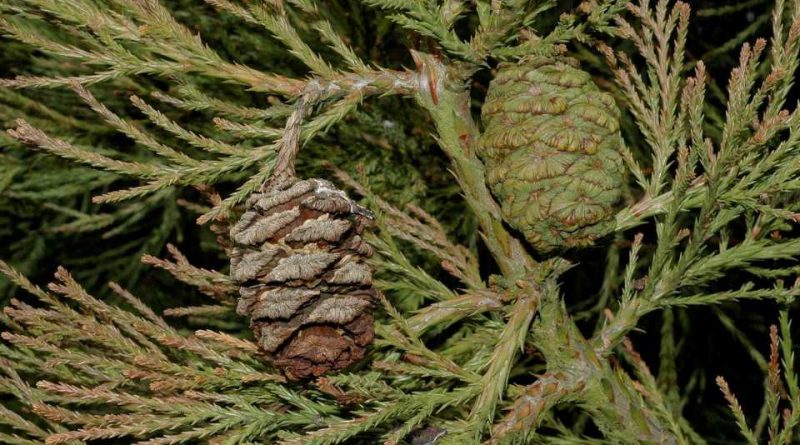 The giant sequoia or wellingtonia (Sequoiadendron giganteum (Lindman, Buchholz, 1939)) is the largest living tree species in the world and belongs to the Cupressaceae family.

Etymology –
The term Sequoiadendron comes from the genus Sequoia, which derives from the name of the wise North American native Sequo-yah, belonging to the Cherokee tribe and from the Greek δένδρον déndron tree: that is, a tree similar to a Sequoia. The specific epithet giantum derives from the Greek γιγάνειος gigánteios gigantesco: due to its size, even in a relative sense, compared to other congeners.

Geographic Distribution and Habitat –
The giant Sequoia is a plant native to the western areas of the Sierra Nevada of California where to protect the last woods of this sequoia, in 1890 the Sequoia National Park was established. This species was introduced in the nineteenth century in Europe and in Italy, where there are also specimens that exceed 40 meters in height. 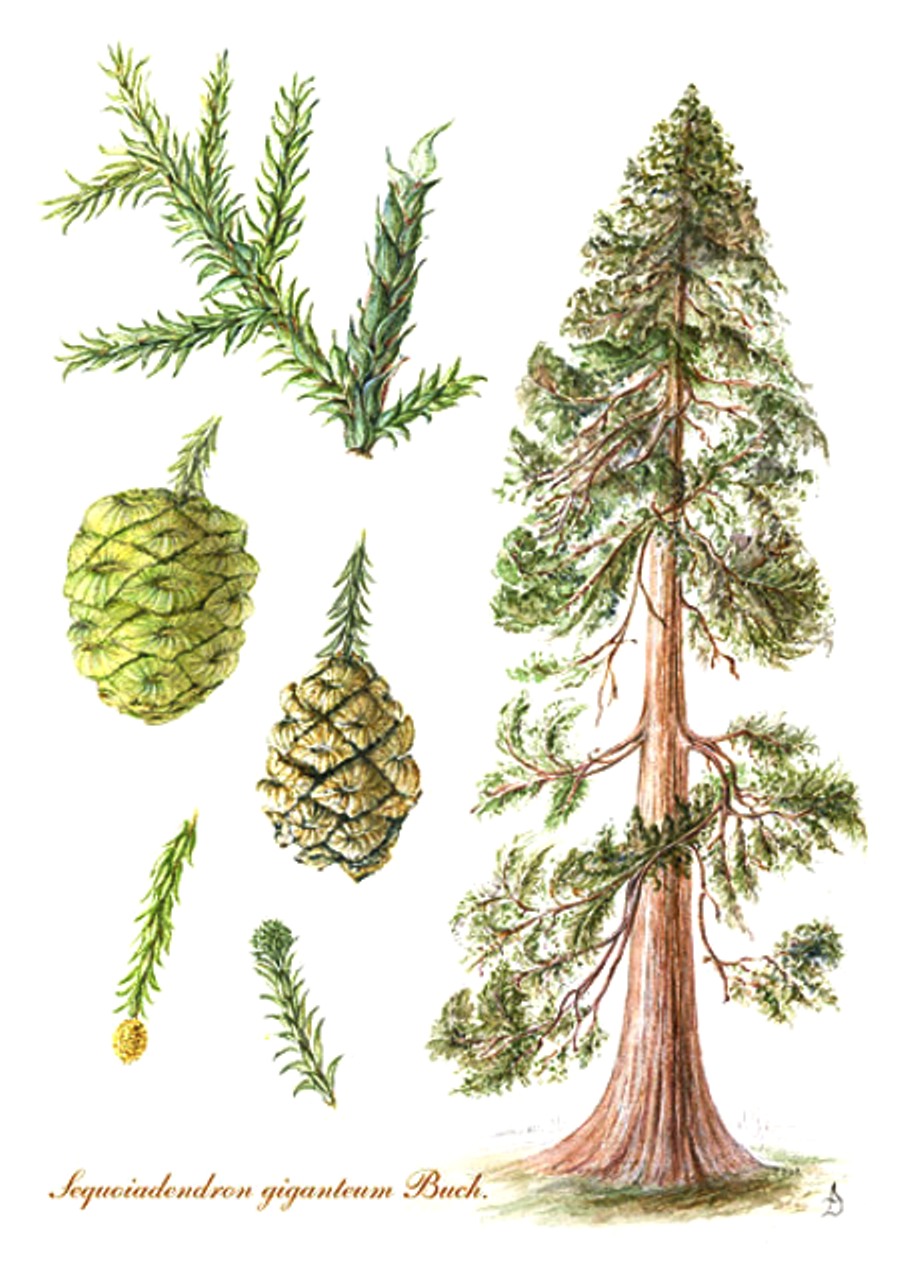 Description –
The Sequoiadendron giganteum are the largest trees in the world in terms of volume (more massive even the California sequoia (Sequoia sempervirens), but less tall, being able to reach 95 m in height and have a basal diameter, very enlarged compared to the top at the collar, over 9 m as well as in height this plant has a majestic bearing with pyramidal foliage, dark green, not very compact.The trunk is straight and powerful, has a ribbed base that can exceed 10 meters in diameter. spongy, brittle, velvety to the touch, has a brown-pink color.The leaves are evergreen, lesiniform, 4-8 cm long and are spirally arranged and pressed around the branches.This is a monoecious species, with oblong cones at the ends some twigs: the masculine ones are yellow and very rich in pollen, the female ones are green.The fruit is an ovoidal galbulo similar to a pinecone, up to 8 cm long, woody and reddish-brown when ripe. osi small light and flattened seeds that are carried by the wind.

Cultivation –
The giant sequoia trees love sunny locations, but they develop without problems even in partial shade; the young specimens are sheltered from the sun during the summer months and do not fear the cold, preferring places with cool climates, in any case it is good to repair the young trees from the cold winter winds. The most suitable habitat for its development is that between 1000 and 2700 meters of altitude, with a preferably humid climate, but with hot and dry summer periods and several hours of sunshine for direct irradiation. Sudden changes in temperature can weaken the plant and cause serious damage, even if the giant sequoia can withstand minimum temperatures that reach -25 ° C and maximum up to 40 ° C. as far as irrigation is concerned, these trees are satisfied with the rains, even if it is good to water them regularly and in abundance for a few years after the planting. For the spontaneous growth Sequoiadendron giganteum plants prefer a soil that allows to retain part of water obtained from the snow, to have the correct humidity during the summer season. Fog can also provide some of the moisture needed to grow giant sequoia.
As for the ideal substratum for giant sequoia, it is advisable to plant the sequoias in rich, well drained, loose and very deep soil. Although it is good that the soil is able to keep some of the moisture supplied by rain and snow, but does not allow the formation of stagnant radicals that may prove dangerous.
As for multiplication, in late summer semi-woody cuttings can be practiced; the sequoias can also be propagated by seed, the small seeds must be kept in water for at least a day, and then they must be kept in the fridge for 40-50 days before sowing them; the young plants must be kept in a place protected from the sun and must be watered regularly. When the new giant sequoia specimens have reached 30 cm in height, these can be permanently placed in the ground, in the spring season or early summer, to limit too rapid growth. For some details on cultivation consult the following tab.

Uses and Traditions –
The giant sequoia is a tree cultivated as an ornamental plant to be used as an isolated specimen in parks and large gardens. There is no certain information on the longevity of these trees, but the dendrochronological analyzes allow to set a maximum limit of about 2200 years for the maximum age.
The giant sequoia, Sierra Redwood or simply Big Tree, is appreciated for its lumber for the construction of furniture for the beautiful brown-rosy color, for the lightness and easy workability and resistance to water and pest attacks. The species is also frequently found in Europe in city parks. The wood of giant sequoia is very resistant to decomposition, but it is fibrous and fragile, therefore unsuitable for building use.
Unfortunately, from the last twenty years of the nineteenth century until the twenties of the twentieth century many sequoia were demolished for commercial purposes, but with little gain because, due to their fragility and the height of the trees themselves many trunks shattered and became unusable. The woodsmen tried to cushion the impact with layers of branches cut from other trees, but nevertheless up to 50% of the timber was wasted. Wood was therefore used only to make fences, wooden shingles and even matches, a humble purpose for a tree of such a size, and this waste led public opinion to demand the protection of these majestic giants.

Preparation Mode –
The Sequoiadendron giganteum is an arboreal species that does not find applications in the food or pharmacological field but plays a large ecological role, especially in its areas of origin.