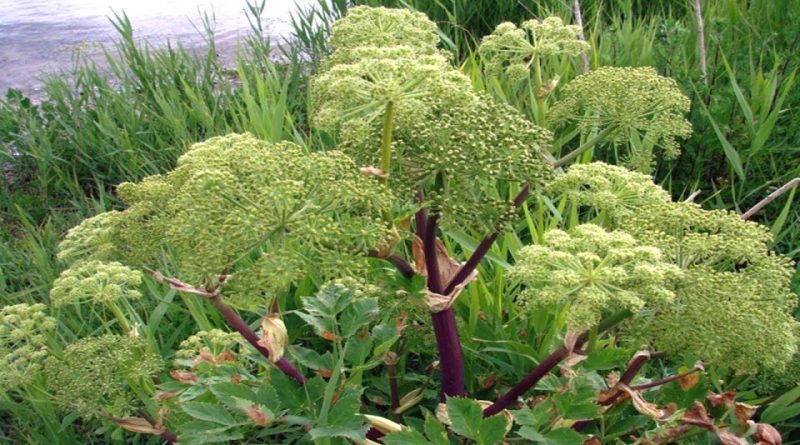 Systematics –
From the systematic point of view it belongs to the Eukaryota Domain, Kingdom Plantae, Magnoliophyta Division, Magnoliopsida Class, Subclass Rosidae, Apiales Order, Apiaceae Family and then to the Angelic Genus and to the A. Archangelica Species.

Etymology –
The term Angelica comes from the medieval Latin herba angelica: it was believed that the plant protected from the devil and cured all diseases.
The specific archangelic epithet is composed of the reinforcing prefix arches and Angelica par excellence, in the highest degree; according to a legend, the archangel epithet would recall the intervention of the Archangel Michael to indicate to Matteus Sylvaticus, Mantua physician, that the angelic could recover from the plague; according to other scholars, the flowering of the angelica coincides with the anniversary of St. Michael the Archangel on May 8th.

Geographic Distribution and Habitat –
The angelica archangelica is a plant that prefers wetlands throughout Europe. It grows spontaneously in Russia, Finland, Sweden, Norway, Denmark, Greenland, Faroe Islands and Iceland, especially in the northern parts of the countries. It is cultivated in France, mainly in the Marais Poitevin, a marshy region near Niort in the Deux-Sèvres department. 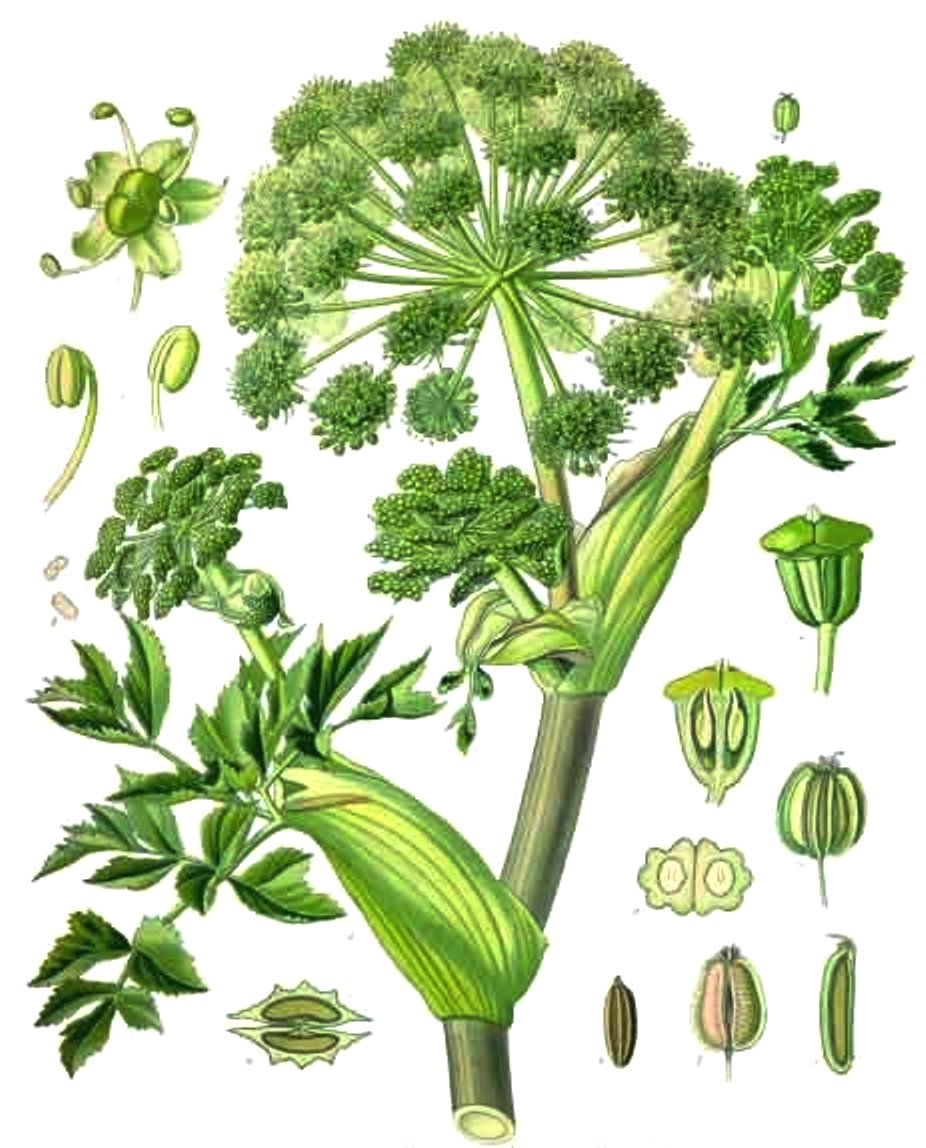 Description –
The angelica archangelica is a plant characterized by having an erect stem, robust, crossed by reddish streaks, which branches high up to bring large umbrellas with light yellow flowers. The leaves are long, three-thousand-seven, like big hands. The fruit is a flat achene. The root, thick and staple, is up to 30 cm long, brown on the outside and whitish on the inside, with a sweetish taste that tends to bitter.

Cultivation –
The right time to grow the angelica is late winter and early spring. The seeds of angelica must first be sown in greenhouses and then subsequently transplanted in open field. It is a plant that tolerates very low temperatures and harsh winters and needs a moist soil, rich in organic substances and well drained. Before cultivation it is good to fertilize the soil with mature manure. For the cultivation technique, the following sheet can be consulted.