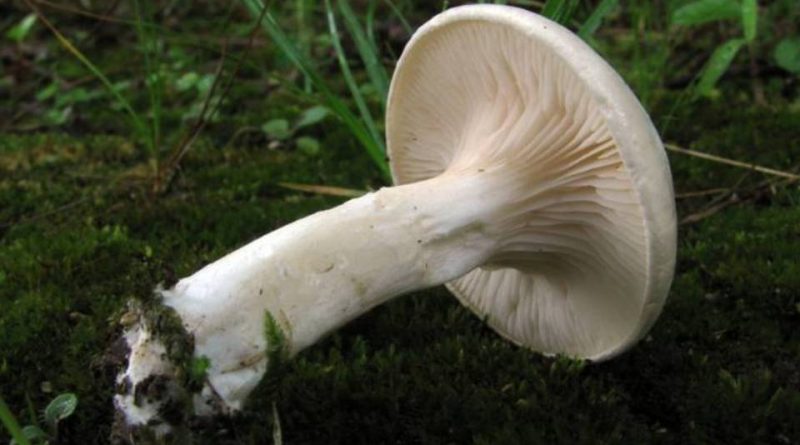 The Prugnolo, also known as Prugnolo bastardo, Spion de brisa, spy of the porcino (Clitopilus prunulus (Scop.: Fr.) Quel.) is a symbiotic mushroom belonging to the family of Entolomataceae.

Systematics –
From the systematic point of view it belongs to the Domain Eukaryota, Kingdom Fungi, Basidiomycota Division, Class Basidiomycetes, Order Agaricales, Family Entolomataceae and then to the Genus Clitopilus and to the Species C. prunulus.
The terms are synonyms: Paxillopsis prunulus (Scop.: Fr.) J.E. Lange and Pleurotus prunulus (Scop.: Fr.).

Geographic Distribution and Habitat –
The Prugnolo is a symbiotic mushroom that grows in meadows and in coniferous and broad-leaved woods. Fruits in the period from summer to autumn and at all altitudes and is often found near the Boletus edulis, which is why in many regions it is called “spice of the porcino”. 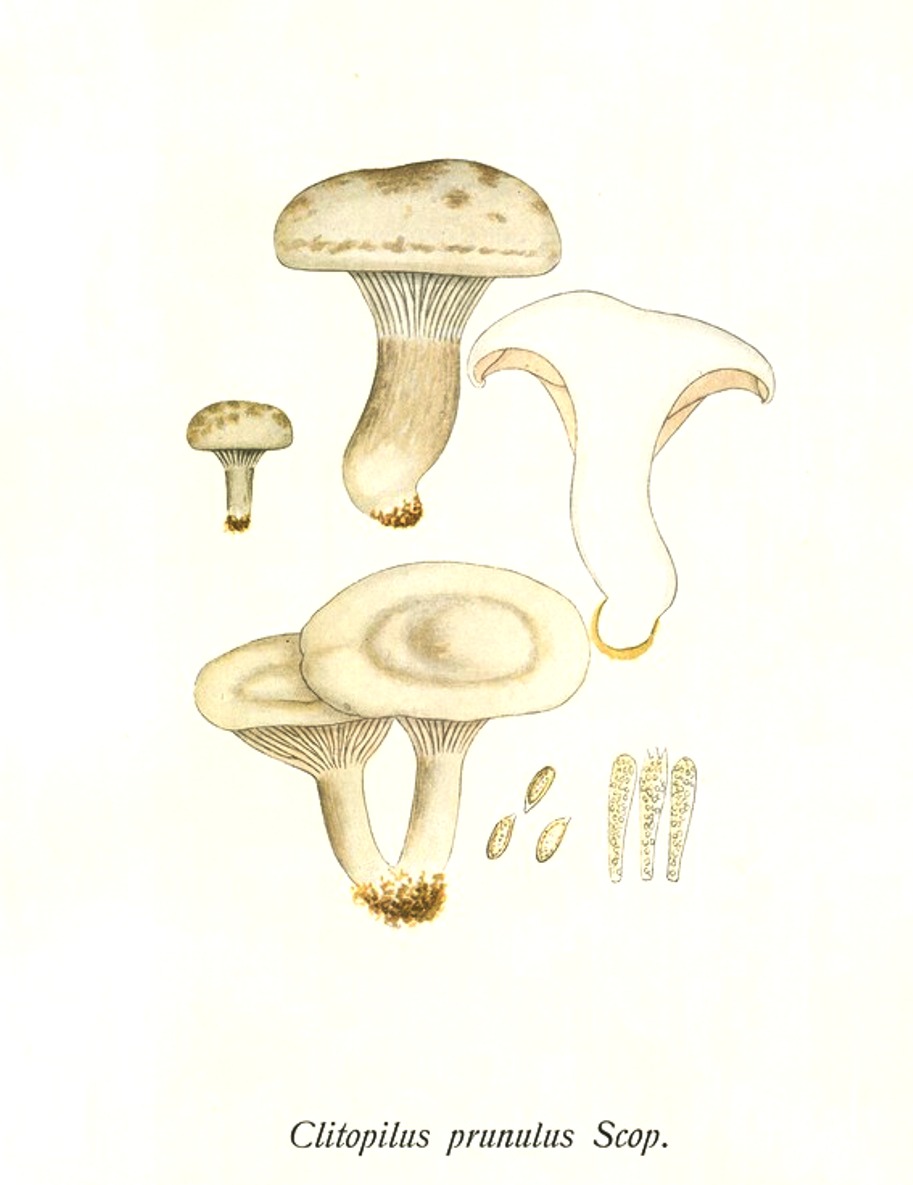 Recognition –
Clitopilus prunulus is recognized for having a hat of 2-8 cm, grayish white in color and generally opaque or rarely glazed, convex, then irregularly flat or funnel-shaped, with the involute margin. The lamellae are dense, narrow and decurrent on the stem, white when young, tending to pink with maturity. The stem has dimensions of 3-4 cm x 0.6-1.4 cm, full, short, often eccentric, pruinose white. The meat is white, soft and crumbly, very fragile, with a very grateful smell, of fresh flour or bread dough and a similar taste. Under the microscope there are spores of pinkish-yellowish color, in mass, 9-11 x 5.5-6.0 μm, fusiform, with longitudinal ribs.

Uses and Traditions –
The Prugnolo is an excellent edible fungus with a very delicate flavor. For the less experienced it can easily be confused with toxic white Clitocybe (with neurotropic syndrome) which however have consistent, elastic and fibrous flesh, with unpleasant odor of moldy flour and white lamellae, while the meat of Clitopilus prunulus is typically friable.
Another confusion can be made with the very toxic Entoloma sinuatum, from which it differs sharply from the fragile rather than fibrous consistency, due to its very stubby odor and posture and not generally as majestic as in E. sinuatum.

Preparation Mode –
Il Prugnolo lends itself to the preparation of many tasty and elaborate dishes as sautéed or in other typical regional recipes.