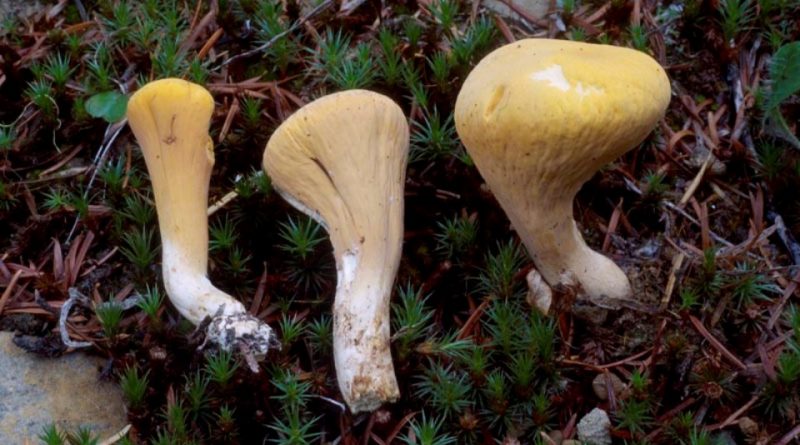 Systematics –
From a systematic point of view it belongs to the Eukaryota Domain, Kingdom Fungi, Basidiomycota Division, Basidiomycetes Class, Phallales Order, Gomphaceae Family and then to the Genus Clavariadelphus and to the C. Cuncatus species.

Etymology –
The term Clavariadelphus comes from Clavaria, genus of mushrooms, and from the Greek ἀδελφος adelphós brother: that is, genus near the Clavaria. The specific epithet truncatus derives from trúnco truncated, amputated: abruptly interrupted, truncated, severed; for the final truncated form of the carpophorus.

Geographic Distribution and Habitat –
The Clavariadelphus truncatus is a gregarious mushroom that fructifies in groups on coniferous litter in the mountains, in the autumn-winter period. Although it is a mycorrhizal species especially in conifers it also appears in oak woods. 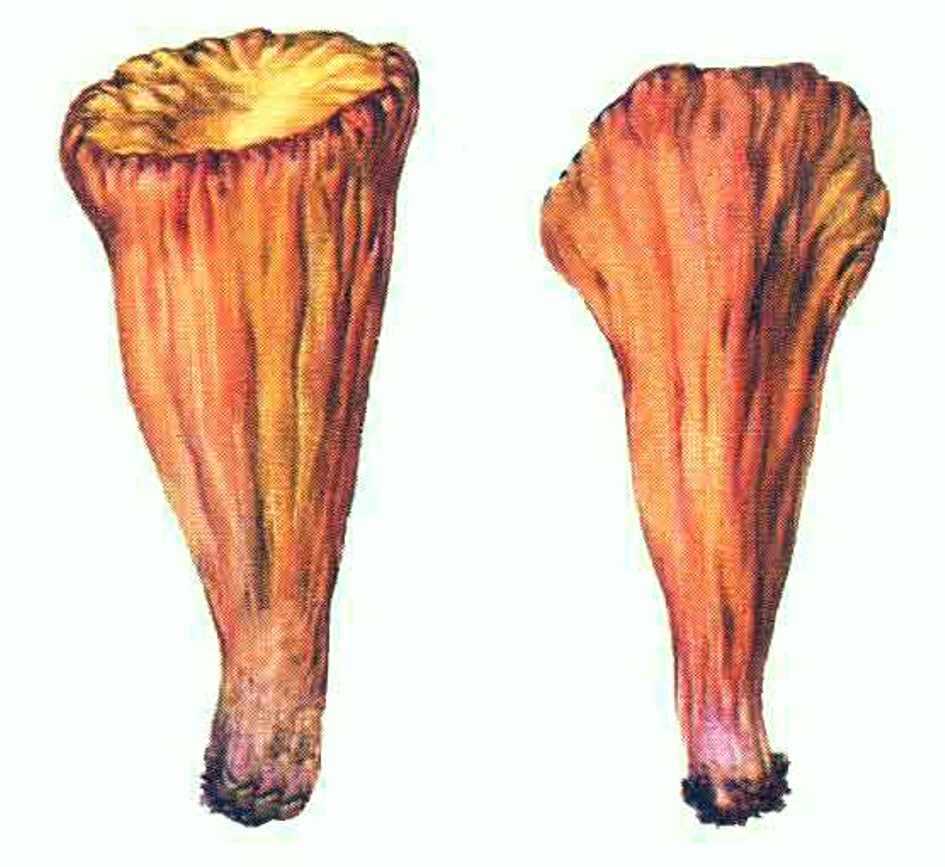 Recognition –
This Mazza d’Ercole is recognized for its characteristic shape of the 4-3 x 3-6 cm carpophore, in the shape of a truncated club, variable in color from pinkish-brown to orange-brown and lighter towards the base. The meat oscillates from white to yellow and tends to darken to the touch and with a soft smell and sweet taste. Under the microscope there are spores of 9-12 x 6-8 μm, ellipsoidal, smooth and yellowish in mass.

Cultivation –
Clavariadelphus truncatus is not a fungus that is grown.

Uses and Traditions –
In determining this fungus, sometimes the shape of the carpophore is not exactly typical and the apex of the fungus can be rounded. In mixed woods it could be confused with C. pistillaris that grows under broad-leaved trees (Beech), but in this case just a little taste to distinguish the two species: C. pistillaris has bitter caress and C. truncatus has sweet meat. As far as edibility is concerned, a fungus can be defined as good to good but slightly laxative as it contains mannite. Due to its very sweet taste it is appreciated in some areas. As with other fungi, its anticancerogenic properties, in particular its clavic acid content, are being studied for its application in tumor processes.

Preparation Mode –
For its consumption the drawback is that its consistency is a bit ‘unpleasant, which is why it is used as a ground or smoothies to make desserts. Consider that it has a sweetish taste for which it should be used in dishes, knowing that it will bring this slight sweetish taste due to the mannitol which, however, making it slightly laxative, recommends a moderate use.