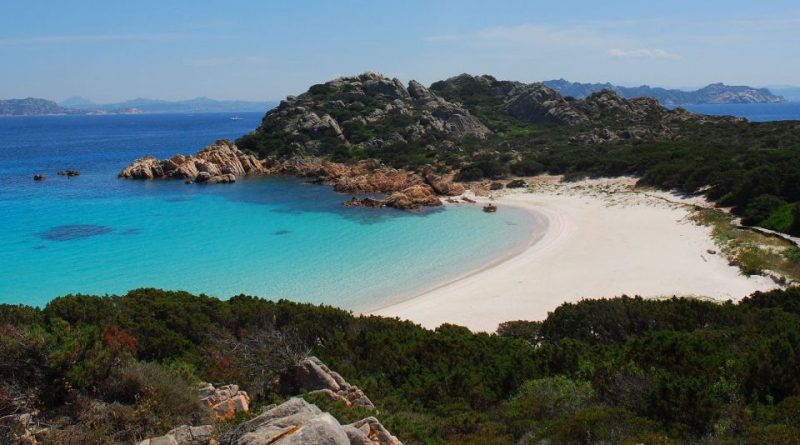 The La Maddalena Archipelago National Park is a geomarine park established in 1994. It is a predominantly marine territory (about 78%) and is part of the area called Sanctuary for marine mammals. Together with the Natural Reserve of the Bocche di Bonifacio it will form the International Park of the Bocche di Bonifacio. The Park has an area of ​​5.100 hectares of land and 15.046 hectares of marine surface on a coastal development of 180 km, extending from the Bocche di Bonifacio and including all the islands belonging to the Archipelago of La Maddalena, up to a short distance from the coast of Gallura, where there are the smaller islands in front of the park, such as the island of Mortorio, with full protection.
Inside the Park are all the islands and islets belonging to the municipality of La Maddalena in the province of Sassari, in Sardinia.
The Archipelago is part of the European network of natural areas of environmental excellence (Site of Community Interest and Special Protection Area) for the presence of habitats and forms of life that offer a unique scenario in the world.
Almost all of the extension of the La Maddalena Archipelago National Park is a site of Community interest (SIC) according to the Habitats Directive 92/43 CE and is characterized by the presence of over 700 plant entities, which represent one third of the Sardinian flora and with more than 50 endemic species that represent 25% of the total of Sardinia and numerous other rare species of phytogeographic interest, as well as numerous habitats of Community importance.
Inside the National Park of La Maddalena Archipelago we find an almost unique flora and fauna in the world. 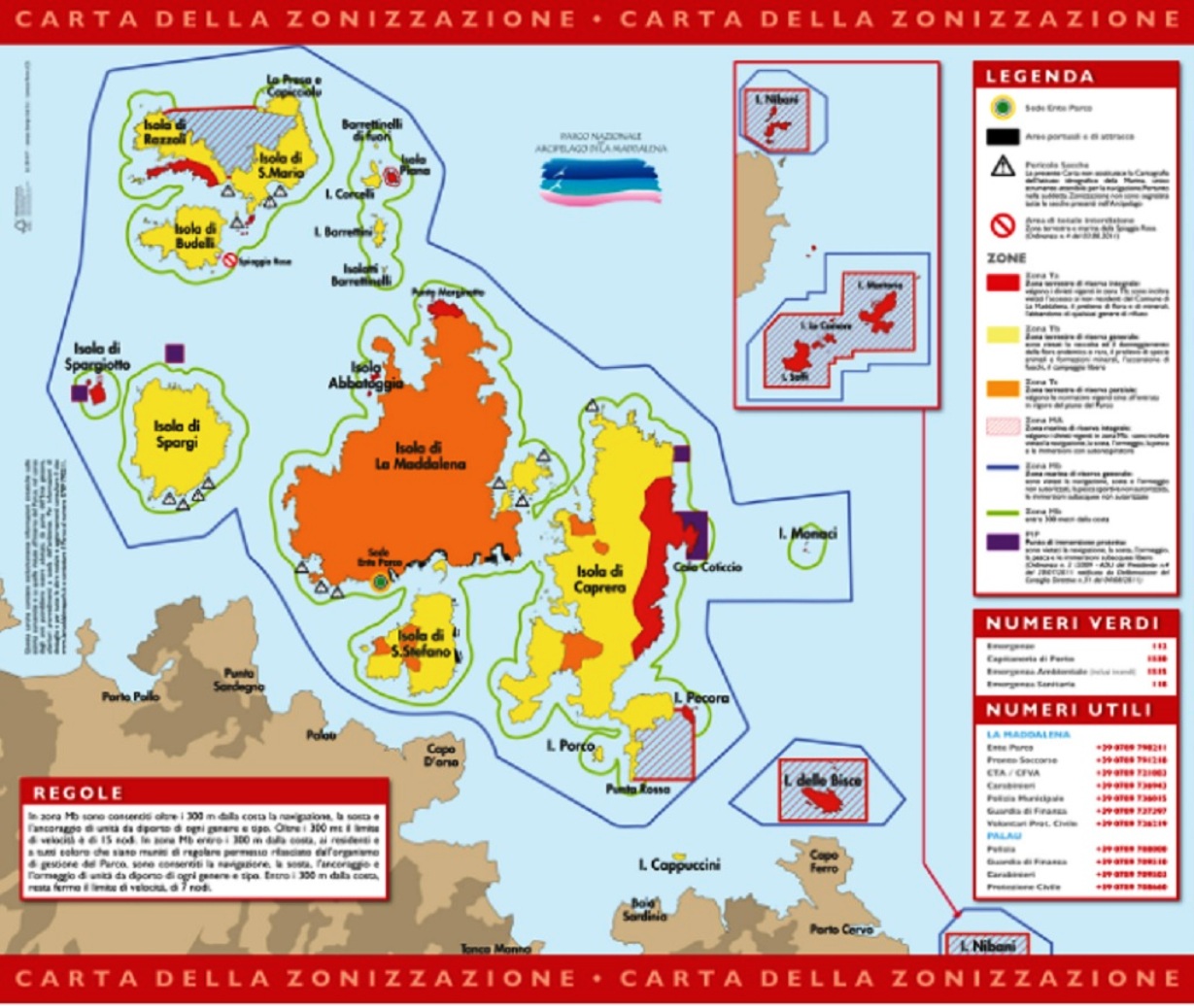 The main plant formations are those typical of the Mediterranean coast: there is a stain where we find: juniper, strawberry tree, phyllirea, lentisk, myrtle, heather, calyxotome, cistus and euphorbia. Proceeding towards the coast, the vegetation degrades from the lower scrub to the scrubland where, among the most characteristic phytocoenoses, the halophilous ones must be mentioned. The sandy surfaces and the more or less salty places allow the presence of formations of alimieti, salicomieti and psammofila vegetation. The plant landscape of the islands is strongly influenced by the wind factor, the insolation, the aridity and the poverty of the soil, the altitude and the distance from the mainland.
The type of the Maddalena Archipelago has given rise to unique, rare or anyway plant associations, if more common, very well represented and in conditions of maximum evolution as in the case of the low formations of Artemisia densiflora in Razzoli and the junipers in Juniperus phoenicea of ​​Spargi , Caprera, Budelli, Santa Maria and La Maddalena; whose extent and relative conservation data is not reflected in the Mediterranean area.
Also important is the fauna component of the Maddalena Archipelago National Park, which is one of the most important areas for vertebratic fauna (Amphibians, Reptiles, Birds, Mammals) and in particular for nesting seabirds. Research carried out by the National Park has shown that the system of small islands between Sardinia and Corsica also represent an important stage for the stop of trans-Saharan migratory birds in the pre-breeding peirod. The fauna of the archipelago vertebrates is a representative sample of the central-western Mediterranean community, both in terms of its terrestrial and marine component.
Important are the sites that find some species of seabirds nesting in the archipelago such as the Corsican gull (Larus audouinii), the only species of Mediterranean endemic gull; and the Mediterranean subspecies of the Marangone from the tuft (Phalacrocorax aristotelis desmarestii) whose populations within the area represent 1% and 3% of the world population respectively.