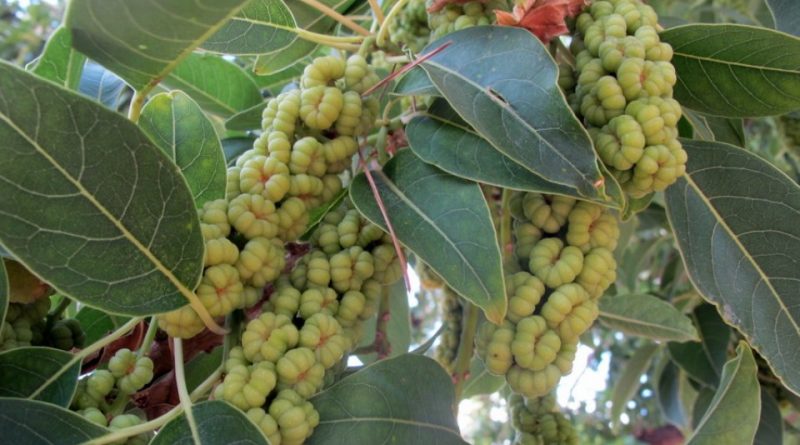 Etymology –
The term Phytolacca comes from the Greek φυτόν phytόn, plant and dall’indi lakh, a dye extracted from an insect that provides a hue similar to the purple color of the juice contained in the berries. The specific dioecious epithet derives from the Greek δις dis, twice and οἰκία oikía, habitation: dioico, because male and female flowers are worn by different plants.

Geographic Distribution and Habitat –
The dioecious phytolacca is a tree native to the prairies of South America, with an area between southern Brazil and Argentina. It was imported into Europe where it is used as an ornamental plant in Mediterranean climate zones and arrived in Italy in the mid-nineteenth century. 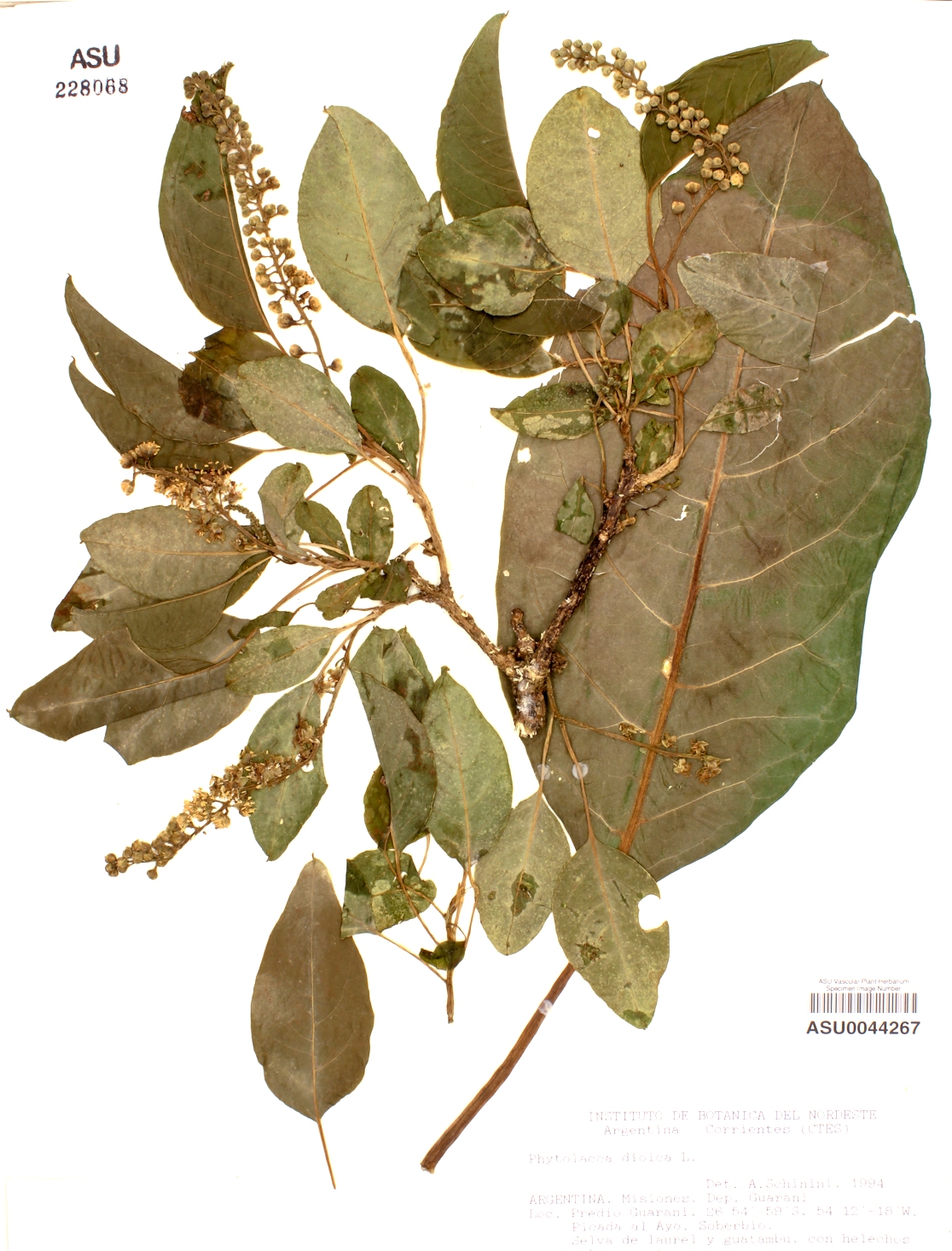 Description –
Phytolacca dioica is an arboreal species that can reach 20 meters in height in the areas of origin while in Europe it can reach 3-4 meters maximum, with a very broad trunk at the base, where it presents radical emergencies that easily develop shoots; the rind is smooth or slightly wrinkled and light gray in color. The leaves are oval or elliptical, glabrous, glossy, leathery and dark green. The plant is dioecious and therefore male and female flowers are worn on different specimens. The flowers are in pedunculated, often pendulous racemes; of which the male ones present the greenish-white chalice and up to 30 stamens; the female ones have a greenish glass, larger and a showy ovary in wedges. The fruits, with their characteristic appearance, are small clusters of black berries. In Italy it blooms between spring and summer.

Cultivation –
The dioecious phythale is a plant that can be grown only in mild areas, with a winter minimum of 5 ° C; occasional frosts may dry up parts of the plant; elsewhere it should be grown in pots (diameter 40 cm for a plant 80 cm high) to be stored in the winter in a veranda. It likes loose, deep and well drained soils, but it develops in any terrain as long as it does not stagnate. He prefers a sunny place, tolerates partial shade. From the second year from the plant only relief irrigations are necessary during long periods of drought. In the spring it is good to give an organic fertilizer.

Uses and Traditions –
Phytolacca dioica is used in Europe as an ornamental plant in parks and road trees. Many species of the genus Phytolacca are plants used for medicinal purposes because they contain powerful inflammatory and proteins that have an antiviral action. For similar reasons, the leaves are sometimes used as a laxative or purgative.
It should be remembered that the fruits, with their characteristic appearance, are small clusters of black berries, appetites from birds but poisonous to humans, as well as all parts of the plant, which is therefore not recommended in the presence of children or pets. Since the sap is poisonous, the cremesina arborea is also not suitable to be placed near cattle pastures and is immune to grasshoppers and other pests.
Furthermore, being a species closely related to the herbaceous (from which it derives), its trunk consists of an abnormal thickening of the stem rather than real wood. For this reason, the Phytolacca dioica grows fast but its wood is rather soft and spongy, so that it can be cut with a knife. This quality allows it to be used in the art of bonsai, as it is easily manipulated to create the desired effect. It is a symbolic plant of Uruguay and Argentina.
It produces purple berries that stain a lot, the stains are difficult to remove.

Preparation Mode –
The dioecious phythale is used for medicinal purposes especially in places of origin while in Europe it is grown in fact for ornamental purposes only.