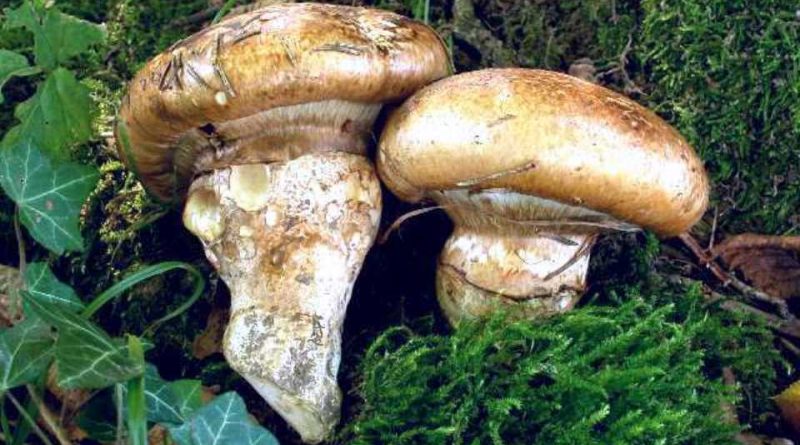 The potato mushroom (Catathelasma imperiale (Quél.) Singer, 1940) is a fungus belonging to the Tricholomataceae family.

Etymology –
The term Catathelasma is of controversial etymology. The author’s intentions are not clear, the American mycologist Ruth Ellen Harrison Lovejoy; The etymological dictionary of the botanical names of Genaust suggests two possibilities: from the Greek κατά catá down, down and from θηλασμός breastfeeding thelasmós (in Plutarch) because the downward-facing lamellae and the shape of the subradicular stem remind a breast sucked during the lactation, or from the Greek καταθέω katatheo run down (in the Cyropedia of Xenophon) always referred to the decaying lamellae on the stem. The specific imperial epithet comes from emperor: for the large size compared to other species of the genus of belonging.
The term vulgar mushroom potato is due to the fact that it grows deeply underground until almost at the end of its development.

Geographic Distribution and Habitat –
The potato mushroom is gregarious or in more or less numerous groups in the coniferous forests, from summer to autumn. 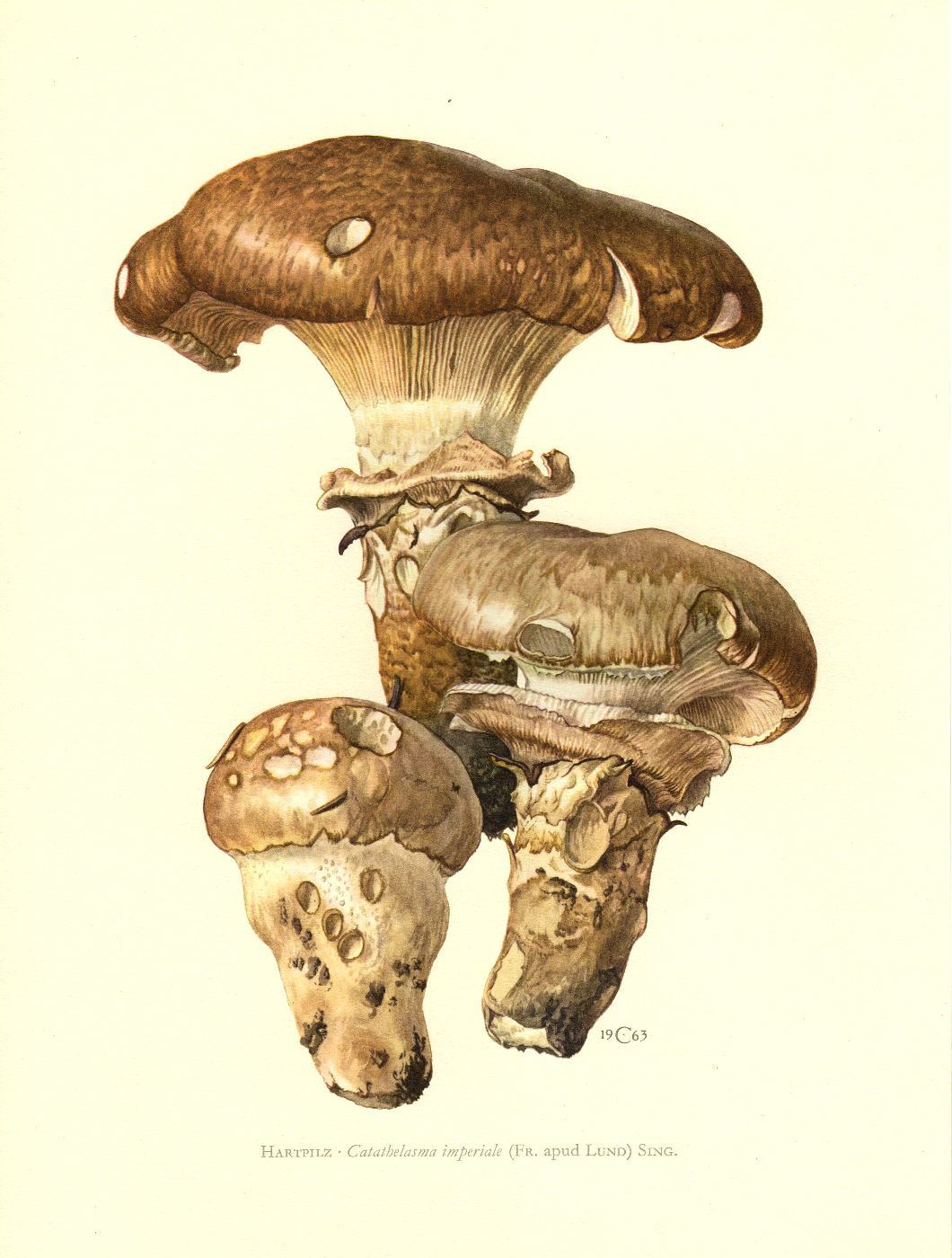 Recognition –
Imperial catathelasma is recognized for having a hat is fleshy of 6-20 cm, convex, brown in color, often chapped and with a very involved margin. The lamellas are decurrent, narrow, whitish tending to darken. The stem of 6-12 x 2.5-5 cm, is firm, chapped transversely, whitish. The ring is double, of light brown color. The meat is firm, white, with a pleasant flavor, even if astringent, and a strong smell between the floury and the cocomerino. White spores can be seen under the microscope.

Cultivation –
No cultivation of Imperial Catathelasma is known.

Uses and Traditions –
The Imperial Catathelasma is a fungus that can reach even heavy weights, close to or higher than Kg., Coated on the stem by a large armilla that covers the almost entirety, smell that reminds the watermelon and a slightly sour taste that is commonly collected for preparations in oil, or pickled, given the compactness and abundance of the meat. The mushroom is not very suitable for other culinary uses because of the odor not at all pleasing.
It can be confused with the rare Tricholoma colossus for its size, semi-hypogean growth, compactness of flesh and colorations. The latter, however, is missing ring and armilla and has white flesh but slowly turning to cream-rosé and then to brown-rosé.

Preparation Mode –
The potato mushroom is among the edible species and is considered good by some authors especially if preserved in oil, after having blanched for 5-6 minutes in a mixture of vinegar and white wine (1 part a 3) salted with a handful of salt , flavored with bay leaf and pepper. It is instead mediocre from fresh.