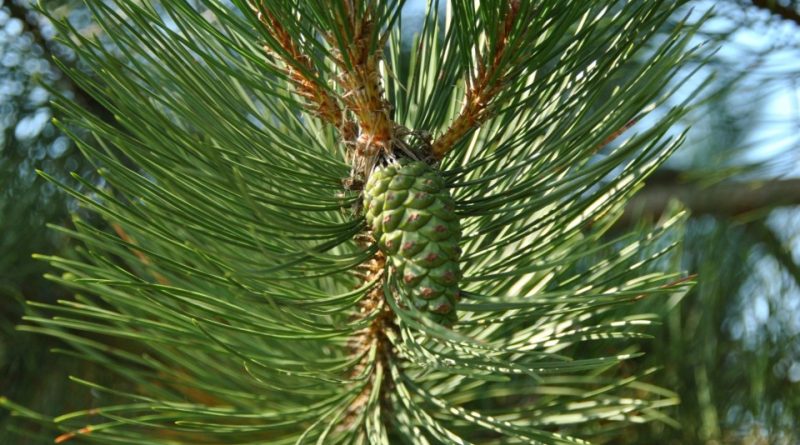 The black pine (Pinus nigra J.F.Arnold, 1785) is an arboreal species belonging to the Pinaceae family.

Systematics –
From a systematic point of view it belongs to the Eukaryota Domain, Kingdom Plantae, Pinophyta Division, Pinopsida Class, Pinales Order, Pinaceae Family and therefore to the Pinus Genus and to the P. nigra Species.

Etymology –
The term Pinus comes from the Latin name of the pine tree, associated with the Sanskrit pítu resinous, cited by Pliny, Virgil and others. The specific nigra epithet derives from black niger, due to the presence of blackish organs.

Geographic Distribution and Habitat –
The black pine is a tree present exclusively in the Mediterranean mountainous regions and with an extremely fragmented range as it is a pioneer relict species. The range is however between North Africa and Anatolia; widespread from Spain to the Crimea, it is also found in Asia Minor (Cyprus, Anatolia) and in the mountains of North Africa. It is common in Italy from north to south and grows at both low and high altitudes. In Italy it creates more or less pure woods but it is also associated with other trees such as Scots Pine, Mugo Pine, Maritime Pine, Fir red and white. It is a very variable species and at least five geographical subspecies are recognized.
The three Italian subspecies, also differ from the point of view altimetric: – The ssp. calabrica is found in three distinct areas: Sila, Aspromonte and Etna nord. In Calabria it is found between 900 and 1600 m.m. The populations plant on soils derived from granites or deep schists and reach dimensions (even 30 m in height) and considerable longevity. The rainfall in the area is between 1400 and 1800 mm per year. – The ssp. italica is also known as the Pino di Villetta Barrea. It takes this name because the most representative populations are found in Abruzzo, in the upper Val di Sangro, near the village of Villettà Barrea. It is also found in Campania, Basilicata and Calabria. The altitude varies between 1000 and 1350 m. .. Vegetano soil is derived from dolomite and rarely exceed 15 m. The rainfall is 1400 mm per year. – The ssp. Austrian is found in Veneto and in Friuli. Except the coastal station of Legnano, the populations are found between 200 and 1500 m.m. The soils are calcareous and dolomite and hardly the populations exceed 20 m in height. Precipitation is 1700-3000 mm per year. The black pine is a pioneer species, heliophilous, frugal, withstands the drought of the ground. Also interesting is its ability to improve the fertility conditions of degraded land, thanks to its litter. These properties have made it one of the most used species in reforestation in degraded areas. 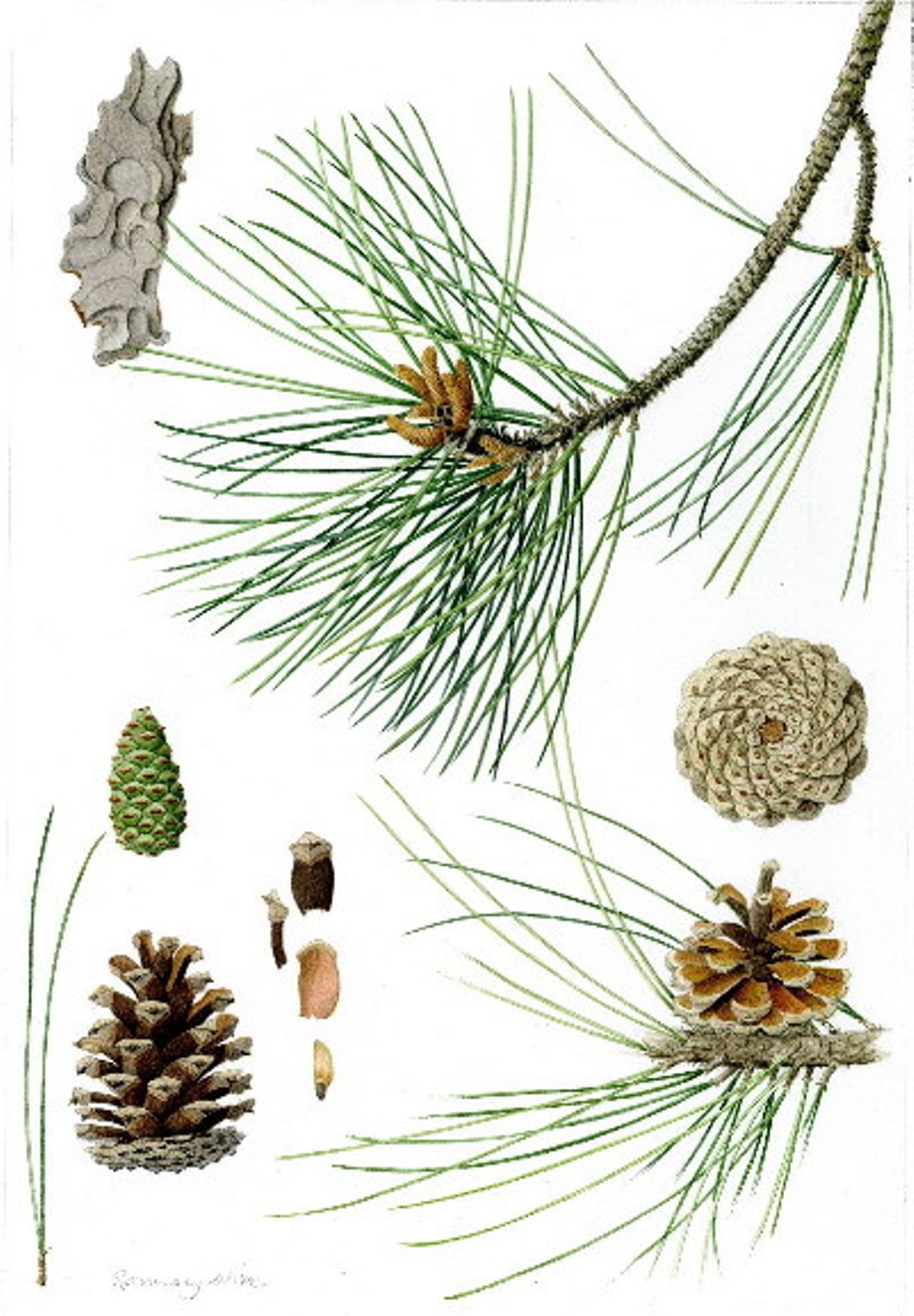 Description –
The Pinus nigra is a tree that can reach 40 m in height with pyramidal crown, short trunk and twisted with dark bark, greyish brown, wrinkled and fissured, with subrettangular plates. The leaves are needles in pairs, more or less rigid, 4-19 cm long and 1-2 mm thick, dark green, sharp and pungent. It has yellow male cones, sometimes punctuated with red, numerous at the base of young jets; the female cones are sessile, first ovoid then ovate-conical and not more than 8 cm long, opaque, green from unripe, then they take on an ocher brown hue.

Cultivation –
The Pinus nigra is a moderately thermophilic species that resists well even to frost and snow. It can be cultivated, depending on the latitude, from the sea level up to 2000 m of altitude, but it is found more frequently between 200-1500 m. It is not too demanding in terms of soil, but it suffers more heavily and clayey soils especially if wet, as it is more subject to radical rot and consequent stunted growth. It grows well on rocky soils with few stagnant water and calcareous soils but finds its optimum in siliceous soils.
The propagation of black pine occurs by seed, with a high percentage of germination and ideal temperatures ranging from 15 to 20 ° C depending on the area of ​​origin of the seed (so it is always a good rule to sow local varieties of black pine in in order to control the ideal environmental conditions for the development of seedlings). Sowing should be carried out immediately after the seeds are harvested and directly in individual containers, protected from rot and nematodes, to avoid damaging the young seedlings with the repacking. The planting must take place as soon as possible, taking care to protect the young black pine seedlings from the winter frost for the first two years. Transplants must be avoided especially for plants over 90 cm tall.

Uses and Traditions –
The Pinus nigra has been extremely used as an ornamental plant in the gardens. It is also naturalized in some areas of North America. However, it is a tree able to withstand intense cold and strong temperature variations. This plant has been used as a forest essence of primary importance, of which numerous and extensive reforestations have been carried out throughout the peninsula.
In Italy, in Sila and in Sicily, both natural populations and artificial populations are managed equally. The government plans to cut satin, striped and holes with a diameter equal to twice the height of the plants. The turn does not exceed 100 years. The artificial populations should be considered transitory and should be replaced by native forest species.
The black pine plays an important covering and protection of the soil and in a short time, produces a discreet litter. At the end of the turn it is possible to reach productions of 1000mc per hectare.
From the black pine you can therefore obtain a good quantity of wood that varies greatly depending on its origin; it is in any case a non-durable resinous wood which must be subjected to treatments, and used to produce especially cellulose pulp and rough furniture. Resins and derivatives are also produced.

Preparation Mode –
The Pinus nigra does not have particular uses of food or phytotherapeutic type.