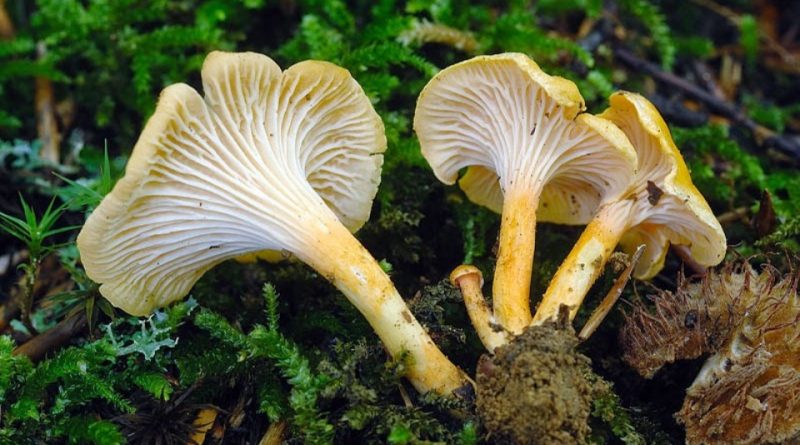 Systematics –
From the systematic point of view it belongs to the Domain Eukaryota, Kingdom Fungi, Phylum Basidiomycota, Class Agaricomycetes, Order Cantharellales, Family Cantharellaceae and therefore to the Genus Cantharellus and to the Specie C. friesii.

Etymology –
The term Cantharellus is the diminutive of cántharus cup, cup and this comes from the Greek κάνθᾰρος kántharosm, cup with two handles: similar to a small cup, due to the shape of the carpophore. The specific friesii epithet was given in honor of the great Swedish botanist and mycologist Elias Magnus Fries (1794-1878).

Geographic Distribution and Habitat –
Cantharellus friesii is a symbiotic mushroom that grows mainly under deciduous trees (chestnut and beech) and more rarely under conifers. The fruiting period occurs between summer and autumn. 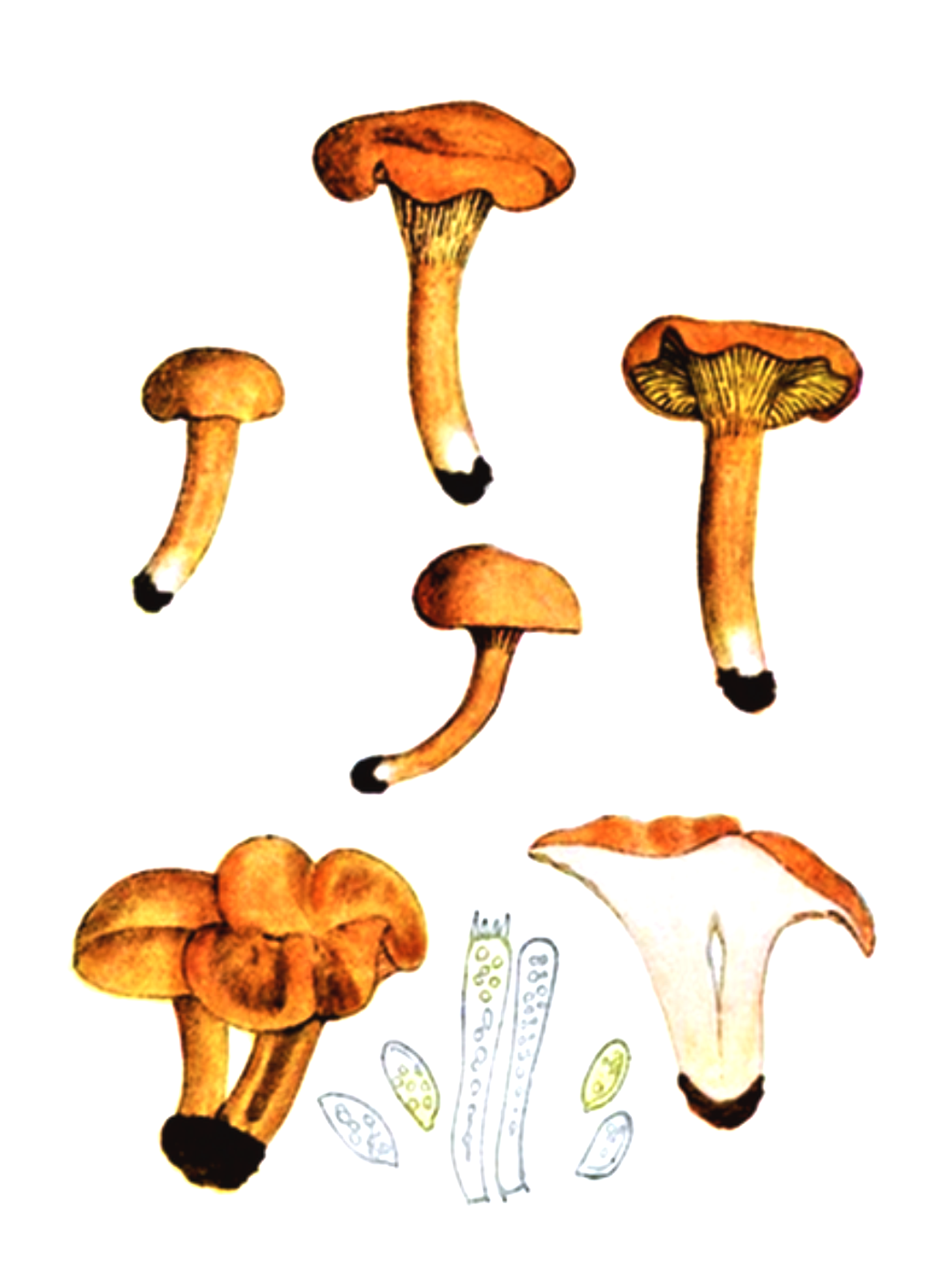 Recognition –
Fries’s Cantarello is recognizable by its hat, 0.5-4 cm in diameter, thin and irregular in shape and with a gibbous surface, with a bright orange cuticle and a mostly wavy margin. The slats are decurrent, thick, anastomosed, of a paler color than the cap. The stem is 1-3 x 0.2-0.8 cm, colorless to the cap, sometimes attenuated at the base. The meat is orange to whitish in color, has a soft consistency, an aromatic smell, similar to that of Cantharellus cibarius and slightly sour taste. Under the microscope there are elliptic spores of 8-10 x 4-5 μm, yellowish in mass.

Cultivation –
There is no information on the cultivation of Cantarello di Fries.

Uses and Traditions –
The Cantharellus friesii is a species very similar to the Cantharellus cibarius but it differs for its smaller size, the bright orange hat and the bright salmon pink color of the pleated and anastomosed honey. It grows in crowded groups, almost bushy, of a beautiful orange-carrot color and the very strong aroma of apricot. It is an excellent edible mushroom, even if less profitable than Cantharellus cibarius, but it is not recommended for consumption and therefore harvest because of its rarity.

Preparation Mode –
Cantharellus friesii can be preserved and cooked in various ways taking care to remove the basal part of the most coriaceous fungus. In addition, the cantarello is strong and spicy, almost tannic asprigno, so it is advisable to always boil it beforehand.