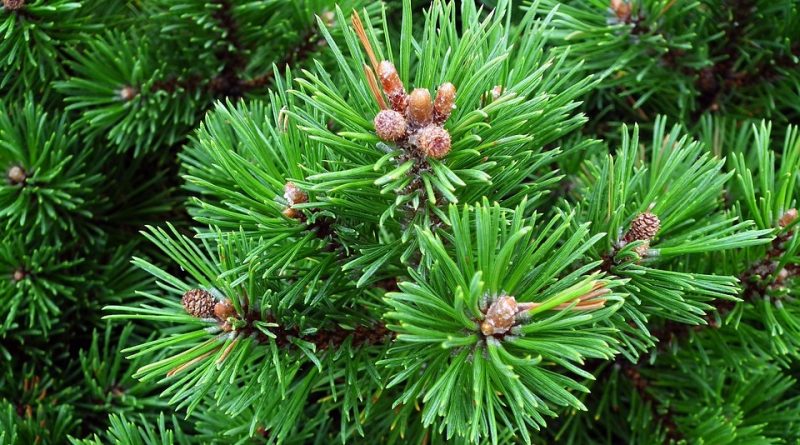 Systematics –
From a systematic point of view it belongs to the Domain Eukaryota, Kingdom Plantae, Suboregno Tracheobionta, Superdivisione Spermatophyta, Division Pinophyta, Class Pinopsida, Order Pinales, Family Pinaceae and therefore to the genus Pinus and to the species P. mugo.

Etymology –
The term Pinus derives from the Latin name of the pine, connected with the Sanskrit pítu resinous, cited by Pliny, Virgil and others. The specific mugo epithet comes from the ancient French musguét mughetto, which in turn is diminutive from the Arabic musk musk, a ruminant with an odoriferous gland: aromatic, musky.

Geographic Distribution and Habitat –
The mountain pine grows spontaneously in the mountains, between 1500 and 2700 m, with an optimum between 1600 and 2300 m. We find it in the Eastern Alps in rocky areas as far as 400 meters above sea level, then pushing up beyond the limit of forest vegetation and is a species that loves light, cold and partially consolidated debris soils, for example at the base of scree or dejection cones where, in areas with fragile geological features, it provides a useful protection against avalanches and avalanches, blocking the sliding of the snow masses on the more inclined sides of the valleys.
In Europe it is found in the Pyrenees (only in the Pinus uncinata form), on the whole alpine range, on the Carpathians and on the Tatras and on the Dalmatian ridge up to Bulgaria. 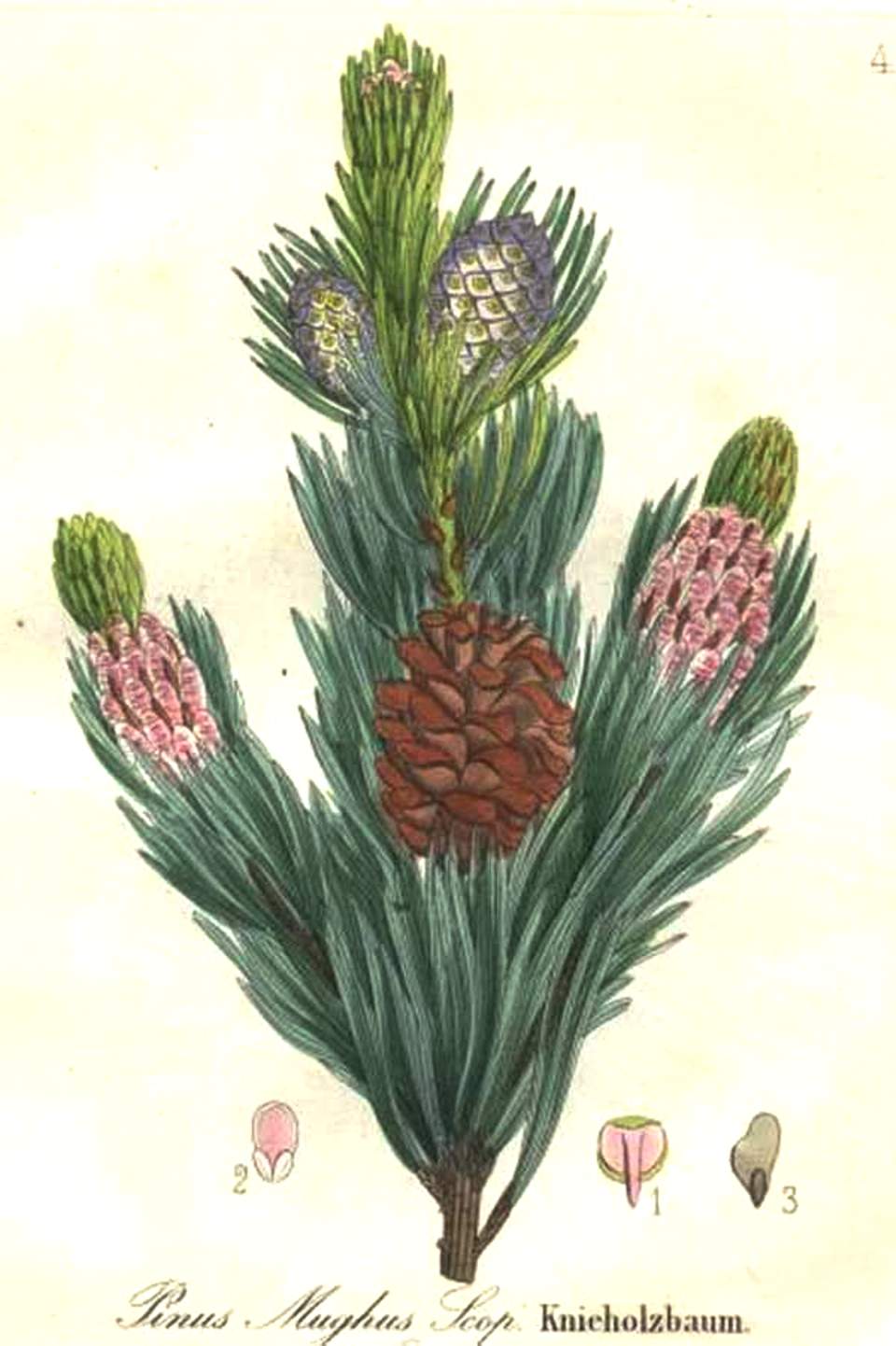 Description –
Pinus mugo is a shrubby and bushy conifer with a prostrate and twisted bearing, with arched and elastic branches that branch off from the base. The bark is brown-greyish with rhomboid plates. The leaves are two-piece needles, about 4 cm long, of dark green color.
The male cones are yellow and numerous, while the female ones are smaller and red-violet; these appear between April and May depending on the altitude on the same plant. The fruits are oval-conical and are 3-5 cm long and contain small blackish seeds with wings.

Cultivation –
Pinus mugo is considered a pioneer and stabilizer of sterile, incoherent and stony soils, where, fragmenting the winter snow cover, it also contributes to protecting the valley floor from the avalanches, therefore very useful, even if ecologically linked only to mountain areas.
For its cultivation it must be remembered that it is a very resistant shrub that can live even in dry and rocky soils but that can not survive if it does not have enough water. However, it does not much like excessively alkaline or too wet soils; in this substrate the plant will start to suffer due to nutritional deficiencies. The planting must be carried out in the period from the end of winter to the beginning of spring: it can be transplanted also in autumn, but only in the colder period. Once the hole has been dug, the shrub must be positioned following the natural inclination of the roots, to prevent them from being damaged in positioning. Once the plant has been placed and the hole is covered, it is useful to cover the area around the trunk with mulch made of pine and bark needles.

Uses and Traditions –
The mugo pine plays an important ecological role as it offers shelter and shelter to many animal species, including the black grouse and the cruiser and among the birds, and the chamois, among the ungulate mammals, which is almost semi-symbiotic with the species , which feeds on shoots and needles in the most difficult seasons. Because of its ecological peculiarities and its medicinal properties it is a plant that must be absolutely protected.
From a wood of mountain pine (mugheto) it is possible to obtain an oil extracted from the twigs. The mugo pine was included in the list of spontaneous medicinal plants subject to the provisions of the law January 6, 1931 n. 99.
The plant is also used as an ornamental essence in many areas of Italy, even where the climate is very different from that of election, for its graceful appearance and small size that make it ideal for rock gardens and small gardens in general.
At one time wood was used as firewood, for the production of charcoal and for the extraction of the resin.

Preparation Mode –
From the green branches, not yet lignified, of the mugo pine extract the essential oil of mugolio. This oil is particularly for its balsamic action and used in the treatment of respiratory diseases; syrups and liqueurs are also prepared using young pine cones and buds rich in resins.