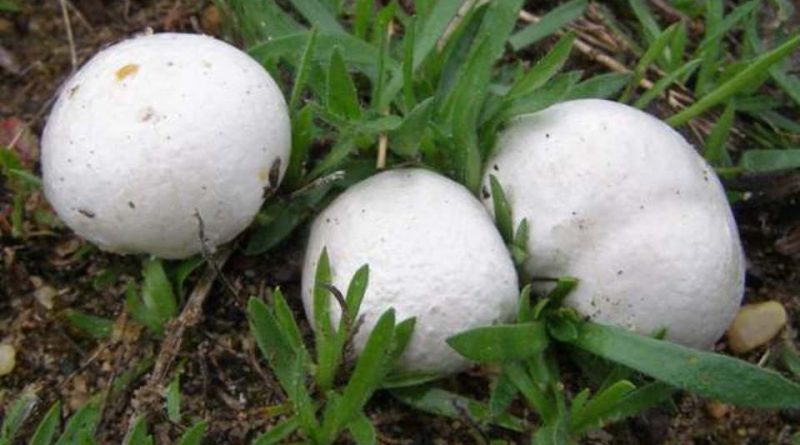 The Paltry puffball (Bovista plumbea Pers., 1795) is a saprophytic mushroom belonging to the family of the Agaricaceae.

Systematics –
From the systematic point of view it belongs to the Eukaryota Domain, Kingdom Fungi, Basidiomycota Division, Subdivision Agaricomycotina, Class Agaricomycetes, Sottoclasse Agaricomycetidae, Order Agaricales, Family Agaricaceae and then to the Genus Bovista and to the Species B. plumbea.

Etymology –
The term of the genus Bovista comes from buff-fist, which is the German dialect name of vescia. The specific Plumbea epithet comes from plumbeo, plumbum, like the color of lead.

Geographic Distribution and Habitat –
The Paltry puffball is a saprophytic mushroom that can be found in the period from spring to autumn, in uncultivated pastures and meadows, even under broad-leaved trees, but no more than 2500 meters. It is a ubiquitous species of the European continent. 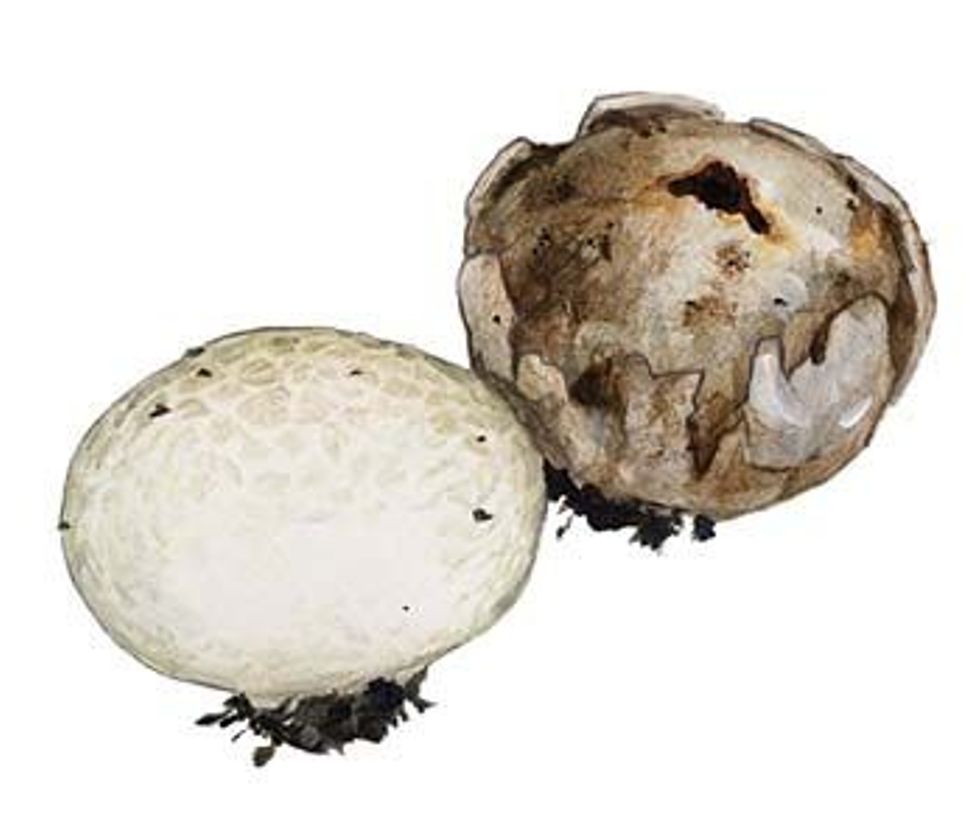 Recognition –
The Paltry puffball is recognized for having a globular carpophore, adherent to the ground for mycelial rhizoids of the dimension of 2-4 cm of diameter; the outer envelope (esoperidium) is white, thin and fragile (which breaks like an egg) while the endoperidium, that is the inner wrapping, is relatively tenacious initially of white color, at maturity gray-lead that breaks at the top for the emission of spores. The gleba is white in the young specimens which then gradually becomes greenish-brown until it turns into brown powder. Under the microscope there are spores of 4.5-6 x 4.5-5.5μ μm, ovals and browns in mass.

Cultivation –
The wolf’s vault, being a saprophytic mushroom, could be more easily lent to cultivation. In fact, the interest in cultivation, and therefore also in the preliminary experimentation of the substrates and the conditions of the most suitable habitat is linked to the commercial interest of the species. Even if the vescia are edible mushrooms, until the gleba is white, the commercial interest is not such as to push, at least until now, to concrete attempts of cultivation.

Uses and Traditions –
The Paltry puffball can be considered a fungus of good edibility but, like all “vesce”, it is edible only until the gleba is white-white.
To determine if these are still suitable for collection, it is sufficient to use a finger pressure test to check whether they are yielding or not. If they are yielding it is good not to collect them and leave them on the spot. The final check must then be made when cutting to see if the gleba is white or not.

Preparation Mode –
The Paltry puffball, as mentioned, is good edible but only good “breaded”; cooked in other ways, it turned out to be a very mediocre edible.
The fish are not suitable to be dried as they become similar to the cardboard. They can not be stored in oil either because the inside is a sponge and absorbs all the oil and becomes inedible. And not even preserved frozen (the effect would be the same: bad taste like rubber or paper). For this reason they are consumed only fresh and when the inner part (the gleba) is still of all white color without any more or less colored nuances.