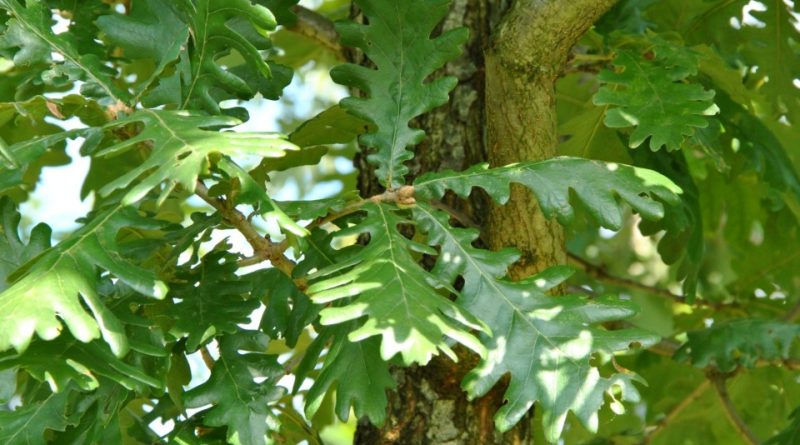 The Hungarian oak or Italian oak (Quercus frainetto Ten.) Is an arboreal species belonging to the Fagaceae family.

Systematics –
From a systematic point of view it belongs to the Eukaryota Domain, Kingdom Plantae, Magnoliophyta Division, Magnoliopsida Class, Fagales Order, Fagaceae Family and therefore to the Quercus Genus and to the Q. Frainetto Specie.

Etymology –
We find the term Quercus as it is in Latin, which indicated the oak, a plant sacred to Jupiter. The specific epithet frainetto is a typographical typo that has never been corrected: originally it was farnietto that is similar to a small English oak.

Geographic Distribution and Habitat –
The Hungarian oak is a tree with origins in south-eastern Europe (central-southern Italy, Greece, Romania, Bulgaria, Turkey). In Italy it is widespread in the Circeo park, in the Gargano and in Calabria and is present sporadically in the Tuscan Maremma, in Lazio and in Umbria. It grows in an altimetric field between 800 and 1200 meters s.l.m. and mainly in association with the Turkey oak. 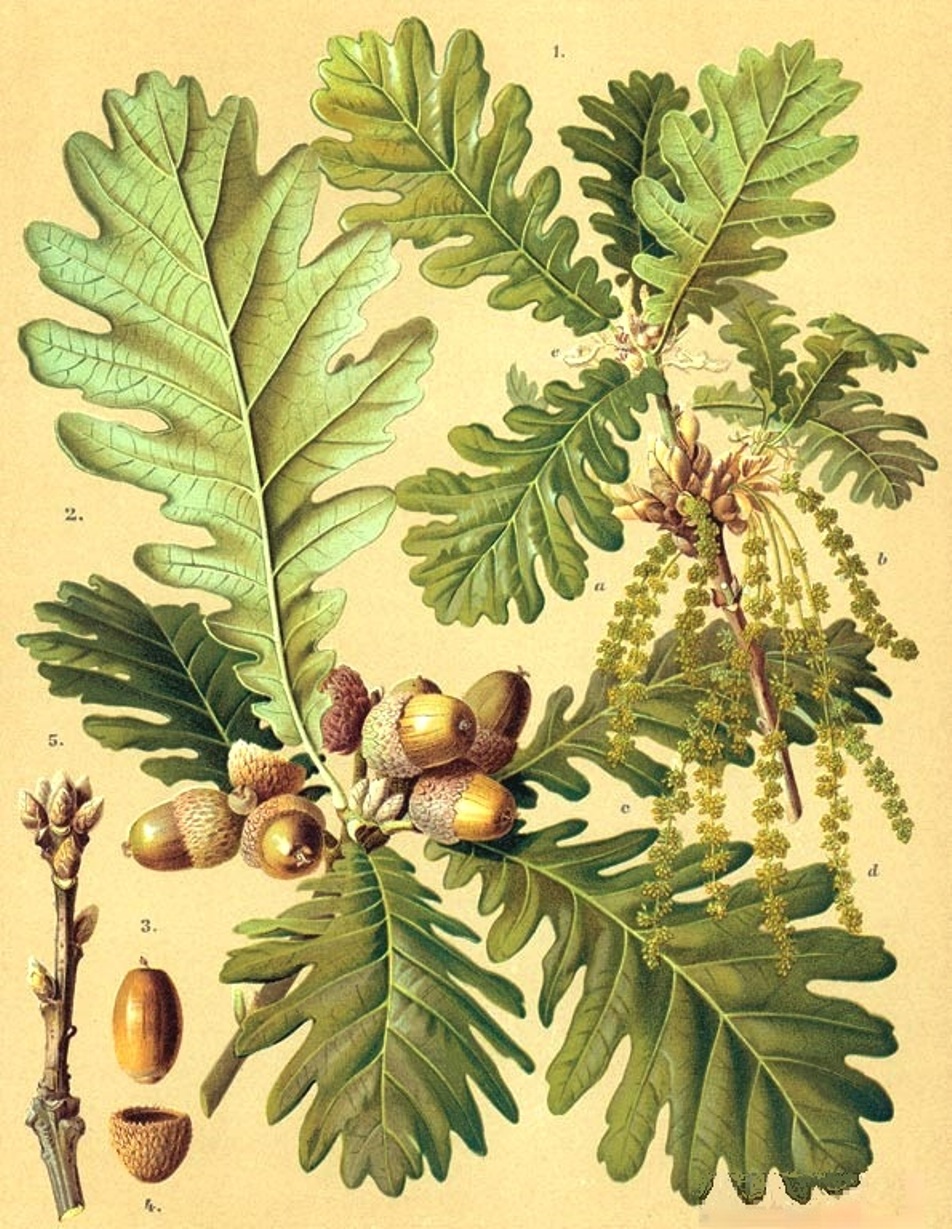 Description –
The Quercus frainetto is an arboreal species characterized by expanded and rounded foliage that can reach 30 meters in height. It has a straight trunk that becomes tortuous and gnarled with age, with grayish and smooth skin when young, then brownish and thickly furrowed and scaly.
It has deciduous and alternate leaves, up to about 20 cm in length, oblong with 7-9 pairs of narrow and deep lobes, sometimes lobulated; these are young from fluffy, then the upper page becomes glabra while the lower one retains a gray-rust hairiness. The flowers are unisexual, with the masculine ones gathered in 4-5 cm long, slightly pubescent and the female ones in very pubescent spikes. The fruits are brownish-yellow acorns that are ripe and half-capped by the dome with tomentose scales.

Cultivation –
The Hungarian oak is a tree that does not have particular needs of soil but suffers cold climates with frequent frosts and therefore is suitable for being implanted in the central-southern Italy. The plant prefers fresh and fertile soil and adapts well in substrates from acid to slightly alkaline but escapes those very calcareous. It also shows good resistance to drought and pollution. Like all oaks, this plant can be subject to attacks of badly white (which in any case do not alter its conformation and normal growth), root rot and wood caries. Frequent can also be attacks of aphids, cerambice and processionary. In the last thirty years even the plants of farnetto, albeit to a lesser extent, have been affected by a serious syndrome known as decay of oaks (‘Oak Decline’ or ‘Oak Puzzle Disease’), spread throughout the Italian area of ​​oaks and in that of many European and non-European countries.

Uses and Traditions –
Quercus frainetto is an arboreal species used as an ornamental plant in parks and gardens. It is also used in urban green areas for avenues and for the coating of road embankments and is also suitable for the forestation of uncultivated areas in the temperate climate. As a forest species, where it plays an important role, it is governed by a coppice for the production of firewood. Wood is also used for railway sleepers, furniture and shipbuilding.
The acorns of this plant are sweet and very sought after by jays and peaks.

Preparation Mode –
The Hungarian oak has no particular uses in the kitchen or for pharmaceutical purposes.