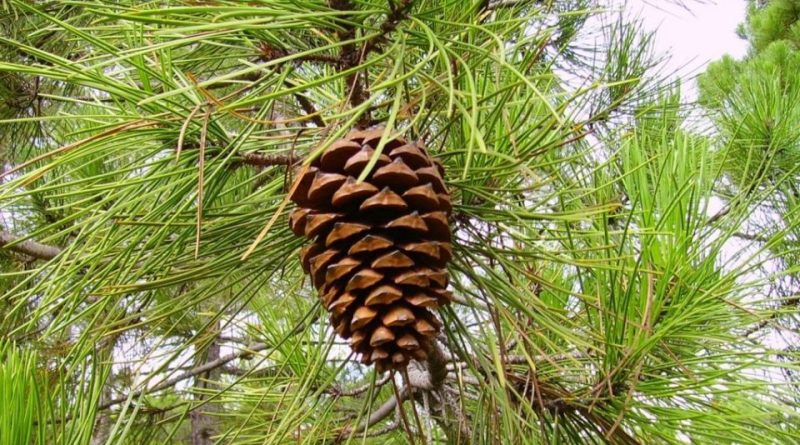 The maritime pine (Pinus pinaster Aiton, 1789) is an arboreal species belonging to the Pinaceae family.

Systematics –
From a systematic point of view it belongs to the Eukaryota Domain, Kingdom Plantae, Pinophyta Division, Pinopsida Class, Pinales Order, Pinaceae Family and therefore to the Pinus Genus and to the P. pinaster Species.

Etymology –
The term Pinus derives from the Latin name of the pine, connected with the Sanskrit pítu resinous, cited by Pliny, Virgil and others. The specific pinaster epithet, derives from pinus pine and the derogatory suffix -aster: that is, pinastro.

Geographic Distribution and Habitat –
The maritime pine finds its ideal environment near the coasts of the Mediterranean Sea or near to other seas and native of the coasts zones that go from the Mediterranean to the Atlantic. Its typical habitat is in the woods on the sandy coasts of the western Mediterranean (Mediterranean-Atlantic), with a greater concentration in the Iberian Peninsula including the Portuguese coast going up along the south-west coast of France. It is a species sensitive to frost and can form mixed woods with Pinus sylvestris, with Quercus ilex or with Pinus nigra. It prefers siliceous soils also with an acid reaction but is also suitable for sub-alkaline or alkaline soils. 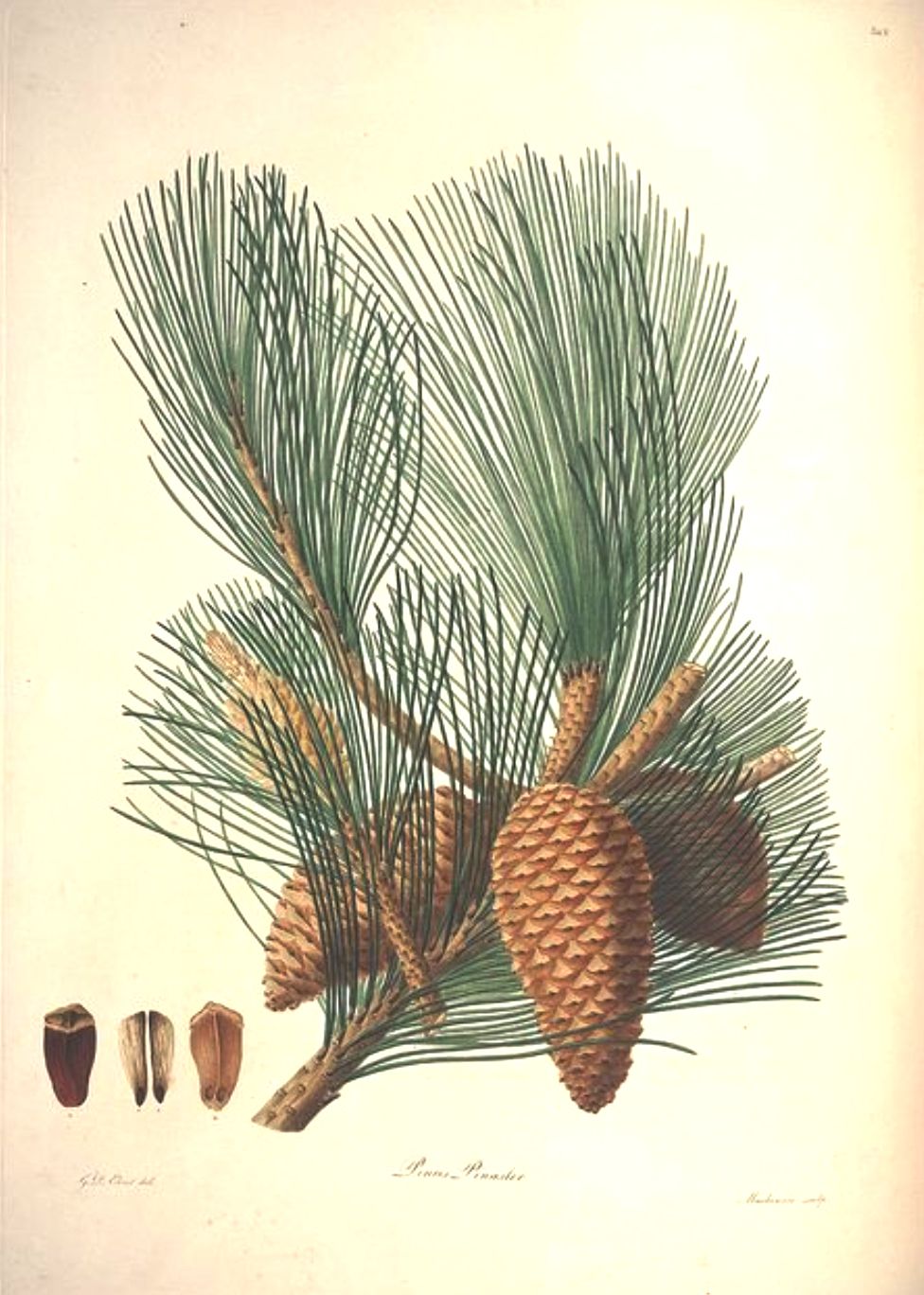 Description –
Pinus pinaster is an arboreal species that can reach 35 meters in height, with initially conical and regular foliage and then expanded until it reaches an irregularly domed or almost umbrella-shaped shape. The trunk at first is straight but then tends to grow obliquely. The bark is gray and finely wrinkled when young, with deep grooves and peeling plaques. It has persistent, needle-like leaves, paired with a sheath at the base, with light green, rigid, pointed, 15-20 cm.
The flowers, or rather the sporophyll, ripen in the period of April-May and we distinguish:
– Macrosporophyll: clustered and reddish, divided on the same plant by the male ones.
– Microsporophyll: they are grouped in large, golden yellow bunches.
The pine cones that develop from the fertilization of female inflorescences are conical and tapered 15-20 cm, hazelnut and ripen in the 2nd year; these have a very woody consistency and remain on the branches for a few years.
Three subspecies are known of this species, which are:

Cultivation –
The Pinus pinaster can be grown in areas where the winter temperature is not very far from 6 ° C; however, it has spread with artificial plants on the coastal dunes beyond its original area and has lower requirements for mild climate and deep and moist soils compared to Pinus pinea. Although it prefers siliceous soils with an acid reaction, it also grows in calcareous ones. It prefers hill stations or even low mountain areas compared to the plains.
The maritime pine is treated through a satin cut with natural or artificial renewal. Natural renewal can also be induced by the branching of branches, which simulates the effect of a fire and stimulates seed germination. You can also cut strips of 30 – 40m and holes of 0.5 hectares. Thanks to its resistance, it is often used to protect pine-tree pine forests from marine aerosols.

Uses and Traditions –
The maritime pine, in Italy, is a species of doubt indigenified and is therefore considered cryptogenic; it grows and develops in an area that includes the peninsular belt up to Tuscany and the island of Pantelleria and is found in Liguria and Sardinia; although it appears to be a spontaneous species, its introduction was operated by man in historical age. It is also a plant considered to be on the list of the 100 most harmful invasive alien species in the world.
However, Pinus pinaster is a primary forest essence that is used to consolidate mainly the sandy coasts.
Especially in the past it was cultivated and used also for the production of the resin that flows from the incisions made on the trunk. Furthermore, vegetable tar is obtained from the distillation of lower quality wood.

Preparation Mode –
From the Maritime Pine it is possible to obtain an essential balsamic oil which is used for therapeutic properties.