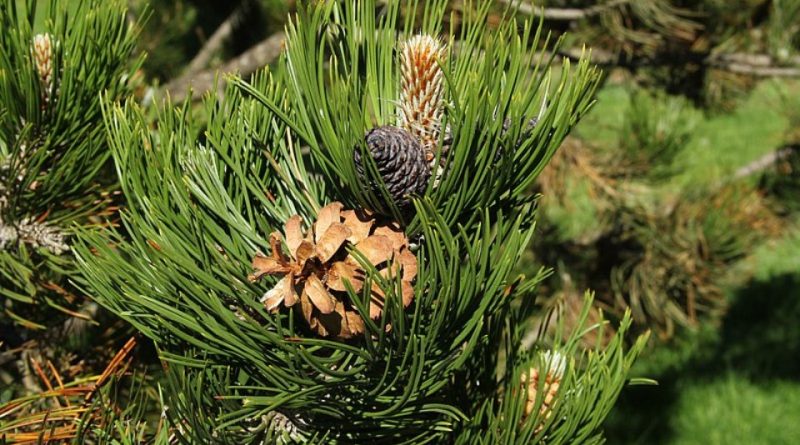 The loricato pine (Pinus heldreichii H.Christ, 1863) is an arboreal species belonging to the Pinaceae family.

Systematics –
From a systematic point of view it belongs to the Eukaryota Domain, Kingdom Plantae, Pinophyta Division, Pinopsida Class, Pinales Order, Pinaceae Family and therefore to the Pinus Genus and to the P. species heldreichii.
The term Pinus leucodermis Antoine is synonymous.

Etymology –
The term Pinus comes from the Latin name of the pine, associated with the Sanskrit pítu resinous, cited by Pliny, Virgil and others, the specific epithet heldreichii was attributed in honor of the German botanist Theodor Heinrich von Heildreich (1822-1902), explorer of the Greek, Italian and Asia Minor flora.

Geographic Distribution and Habitat –
The loricato pine is a fairly rare and localized tree. It is a tree native to the Balkan Peninsula and southern Italy. In Italy it is located on the Pollino massif in Calabria (Pollino National Park), where you can meet impressive specimens that touch the thousand years of age. In the Balkans it forms extensive woods. Find the optimal conditions of growth on the dry slopes exposed to the sun of the calcareous reliefs between 1,000 and 2,000 meters of altitude. Above the Phytoclimatic area of ​​the Fagetum forms open forests. Often we find isolated individuals clinging to the rocks. The species is widespread in the following regions: south-west Bulgaria, Bosnia, Albania, Macedonia, Serbia, northern Greece (Mount Olympus), as well as locally in the south of Italy. 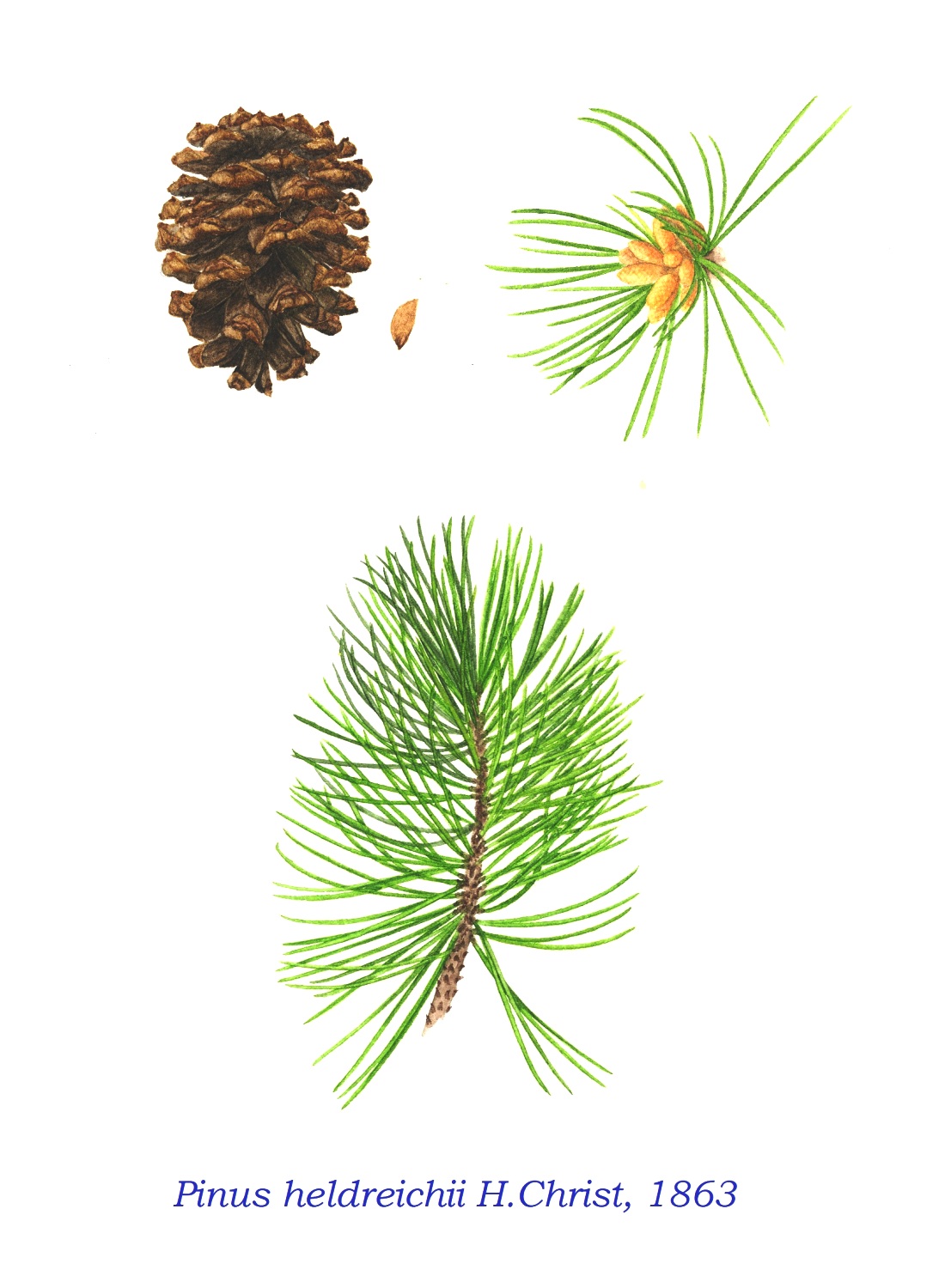 Description –
The Pinus heldreichii is a tree that can reach 40 meters in height and has gnarled and twisted branches. The plant, in compact populations, presents a straight and compact trunk; in the isolated and exposed specimens it has a stocky and robust trunk. The rind is fissured in polygonal plates similar to those of the Lorica, the ancient armor of the Greeks and Romans. The leaves are needles, rigid and 7-9 cm long that persist more years on the branches. The male flowers are gathered in yellow-brown catkins; the female flowers are grouped in groups of 3-5 elements, in the form of strobiles, first of a red color and then purple, the second year they become bluish up to brown, ovoid, 7-8 cm long, consisting of hooked scales towards the base .

Cultivation –
The loricato pine requires exposures in full sun, a well drained soil (which can have any texture, even sandy or clayey) and cool summers. The plant propagates by seed in spring after vernalizing the seed for 4-10 weeks. As soon as possible, it is possible to dispose of the plant and spend the entire first year of life of the indoor plant. Due to its characteristics, the loricato pine can be used in high, dry and sunny areas on calcareous substrates, whereas other conifers are not able to thrive. It often reaches the limit of trees in this area. It is an evergreen tree with a height of up to 25-35 m. It is a species that resists well even to frost, snow and strong winds and endures thin and poor soils.
It is cultivated as ornamental in parks and gardens.

Uses and Traditions –
This species has been described for the first time as Pinus heldreichii by the Swiss botanist Konrad Hermann Christ in 1863 and later as Pinus leucodermis in 1864 by the Austrian botanist Franz Antoine who was unaware of the slightly earlier publication of Konrad Hermann Christ, reason for the which is the correct scientific name of: Pinus heldreichii H.Christ, 1863.
It is a species that can be useful for reforesting the Apennine slopes; its development is unfortunately threatened by fires and grazing that prevents its renewal. Especially in the past, loricate pine wood was used for furniture construction; in particular they made: trunks resistant to salt, musical instruments (lutes and mandolins), beams, boats or their parts (hulls, oars), fixtures, furniture, in carpentry. It was also used as fuel. Today the species is considered protected and its wood is obviously no longer used.

Preparation Mode –
The loricate pine has no food or therapeutic uses.