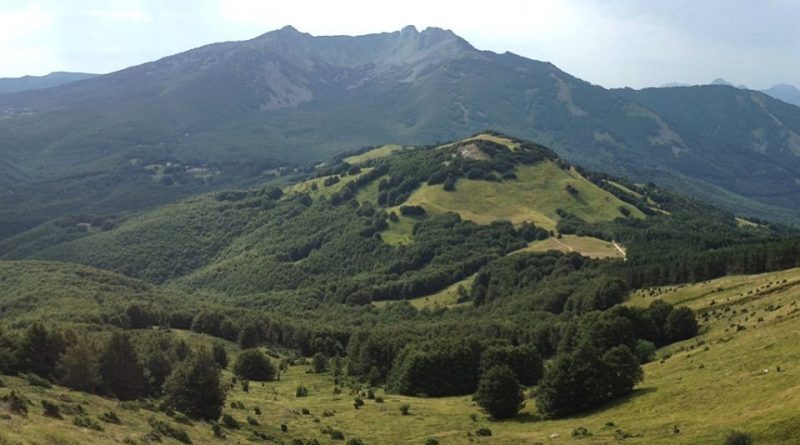 National Park of the Tuscan-Emilian Apennines

The National Park of the Tuscan-Emilian Apennines was established on May 21, 2001 by Decree of the President of the Republic and, today, its territory has an extension of 23.613 hectares that develops along the Apennine ridge between the Emilia-Romagna and the Tuscany, within the provinces of Massa-Carrara, Lucca, Reggio Emilia and Parma.
The National Park of the Tuscan-Emilian Apennines is among the four youngest National Parks in Italy and is the result of the union of previously owned territories in the Regional Parks, the Giant and the one of the Hundred Lakes, along with territories that were never entered into protected areas.
The Park develops between the passes of Cisa and the Forbici, where the wooded ridges that separate Tuscany from Emilia give way to a real mountain environment. The peaks of Alpe di Succiso, Monte Prado and Monte Cusna exceed 2000 meters, forests give way to rocks, lakes and high altitude prairies. Further down, on the Emilia side, the unmistakable Pietra di Bismantova dominates the landscape with its vertical walls. The National Park of the Tuscan Emilian Apennines boasts an extraordinary wealth of environments, from the grasslands to the blueberry moors to the most impervious peaks; and again lakes, waterfalls, pools of water, rocky walls that stand out on the streams; animals like the wolf, the mouflon, the roe deer, the golden eagle and botanical rarities that make entire areas real natural botanical gardens. The tourist value of this natural area also focuses on quality products and services at competitive prices, excellent facilities for sporting activities and relaxation, suitable for holidays … up to 2000 meters. The tourist value of this natural area also focuses on typical local products such as Parma Ham and Parmigiano Reggiano on the Emilia side and the Honey of Lunigiana (D.O.P.) or the Farro della Garfagnana (I.G.P.) on the Tuscan side.
The Tosco Emiliano Appennino National Park boasts an incredible variety of ecosystems: from beech woods to chestnut groves, prairies, ancient pastures for thousands of sheep heads, to the moorland of blueberry plants and even glacial lakes, waterfalls ancient rock faces such as the Pietra di Bismantova or the Triassic Gessi.
Characteristic is also the fauna that includes animals such as the wolf, the deer, the roe deer, the yew and the golden eagle and are present botanical rarities that make entire areas real natural botanical gardens.
The flora of this area is affected by the climatic variability, between the Mediterranean and continental climate, and for the differences in height that includes the highest mountains. Within this high biodiversity flora there are endemic, Arctic-Alpine, Mediterranean species but also glacial relicts and rare species such as the Apennine Primrose, the Rhododendron, the Genzianella, the herbaceous Willow, the Silene of Sweden and many others. Remember in this regard that, within the territory of the Park, the collection of protected species is not allowed.

In this varied flora it is worth remembering:
– The Apennine Primula; vulgarly known as “bear’s ear”, which is one of the endemic species that characterizes the park’s flora heritage. It is the only pink-flowered primrose of the northern Apennines and lives exclusively on the siliceous cliffs of the chain in the stretch between the Monte Orsaro and Monte Vecchio, between 1500 and 2000 m, above all on the northern slopes;
– Daffodils of Logarghena; that in spring they whiten the sunniest prairies of the Park and offer spectacular views, especially in the wide expanses of Logarghena, at 1,000 m above sea level, on Monte Braiola and Monte Marinella above Sassalbo;
– The forest of the Abetina Reale that develops on the right side of the Alta Valle delle Dolo up to the Apennine ridge on the border with the Garfagnana. It is one of the few forests of white fir in the Park;
– The chestnut wood that for centuries has been one of the most rooted and widespread forms of subsistence for the Apennine territory. Today it represents an element of the landscape typical of the territory of the National Park. In part due to illnesses and partly due to neglect, chestnut grove is one of the resources of the Apennine cultural landscape most at risk of degradation and loss;
– The vegetational wrecks that, even after glaciations and changed climatic conditions, persist in some aspects. Along the northern slope of the ridge of the Tuscan-Emilian Apennines, where the snow can remain until late summer, typically alpine relict species are present such as the herbaceous Willow, serrated Salice, glacial Canapicchia, Alpine Plantain, Alpine Daisy, Soldanella della silica, Cerastio with three stigmas, Stinky sedge. Other relict species are present in the humid environments of the Park (Alpine Tricoforo, Round Erioforo, Brown Clover, Juncin Juncin), in the vaccines (Rhododendron ferrugineum, Common Moretta), on the windiest ridges and among the cliffs (Crest ridge, Silene di Sweden). As a protected species, collection is not permitted;
– The endemic species typical of the Park; these include: Vicia cusnae (sub-endemic), Festuca riccerii (endemic), Brachypodium genuense (common, endemic) and Primula appenina (sub-endemic). Even for these species, being protected, harvesting is not allowed;
– Rare and threatened species; we remember the herbaceous willow, Jacquin’s rush, Sibbaldia, Lino capititato, Smelly sedge, white-smelling senecione, Sweden’s Silene, Ferrugine rhododendron, Red bilberry but also the radiant flower Narcissus and the mountain Tulip. As a protected species, collection is not permitted.
The wood formations are also important. Among these we remember:
– The Beech forest that occupies the mountain belt of the Park and is typical of the reliefs between 900 and 1,800 m altitude, where it is presented in pure formations;
– The Veline forest located on the south-west side of Mount Cusna, in the territory of the municipality of Ligonchio; here is the Costa delle Veline, known above all for its beautiful forest which in the past was frequently cut to produce firewood and which today presents itself as one of the most valuable and interesting woods in the Park;
– The Val Parma forests that develop in the area between Lagdei and the part of Alta Val Cedra, in the municipality of Monchio delle Corti (PR); this presents itself as an area of ​​great naturalistic and landscape interest; extended for about 1750 hectares and included between 1000 and 1600 meters of altitude, it was purchased in 1914 by the State Company for the State Forests.
In an environment characterized by a set of ecosystems also fauna plays a fundamental role in the balance of these. Above all, we remember the wolf present in the Park but, due to its elusive behavior, makes it difficult to observe. Also in the National Park of the Tuscan-Emilian Apennines there are pairs of golden eagles. There are also the deer, the peregrine falcon, the roe deer, the buzzard, the snow vole, the alpine newt (small amphibian), the chiroptera which, unfortunately, due to environmental alterations caused by man have become one of the most threatened wildlife groups. In the Park there are the greater Rinolofo, the Vespertilio of Blyth and the Miniopter.