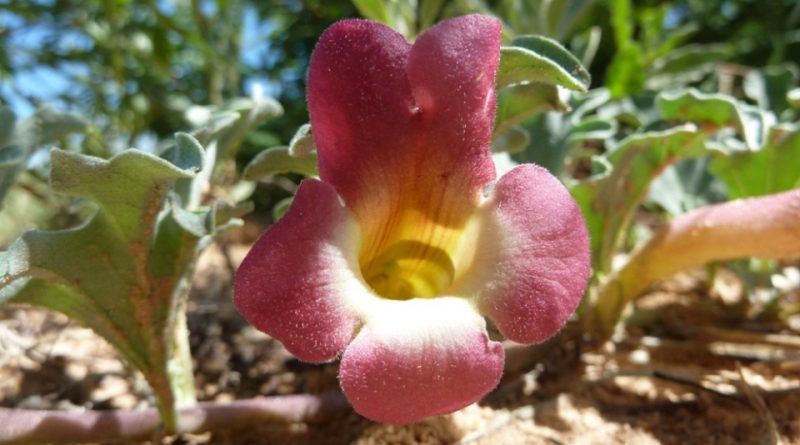 Systematics –
From the systematic point of view it belongs to the Eukaryota Domain, Kingdom Plantae, Spermatophyta Superdivision, Magnoliophyta Division, Magnoliopsida Class, Order Scrophulariales, Pedaliaceae Family and then to the Genus Harpagophytum and to the H. procumbens species.

Etymology –
The term Harpagophytum comes from the Latin, from the Latin harpăgo, harpagonis, that is, harpoon, aripionare and from the Greek phyton, that is plant. the specific epithet procumbens derives from procumbo to lie down, fall to the ground: it crawls on the ground, with reference to the shape of the plant. Finally, the name Devil’s Claw, used as usual, derives from the shape of its hard and thorny fruit that can attach itself to the belly of the animals that inadvertently graze them, causing them to have substantial wounds.

Geographic Distribution and Habitat –
The Devil’s Claw is an original species present in southern Africa, in the areas of savannah and the Kalahari desert. It is frequently found in the South African plateau of the Transvaal. 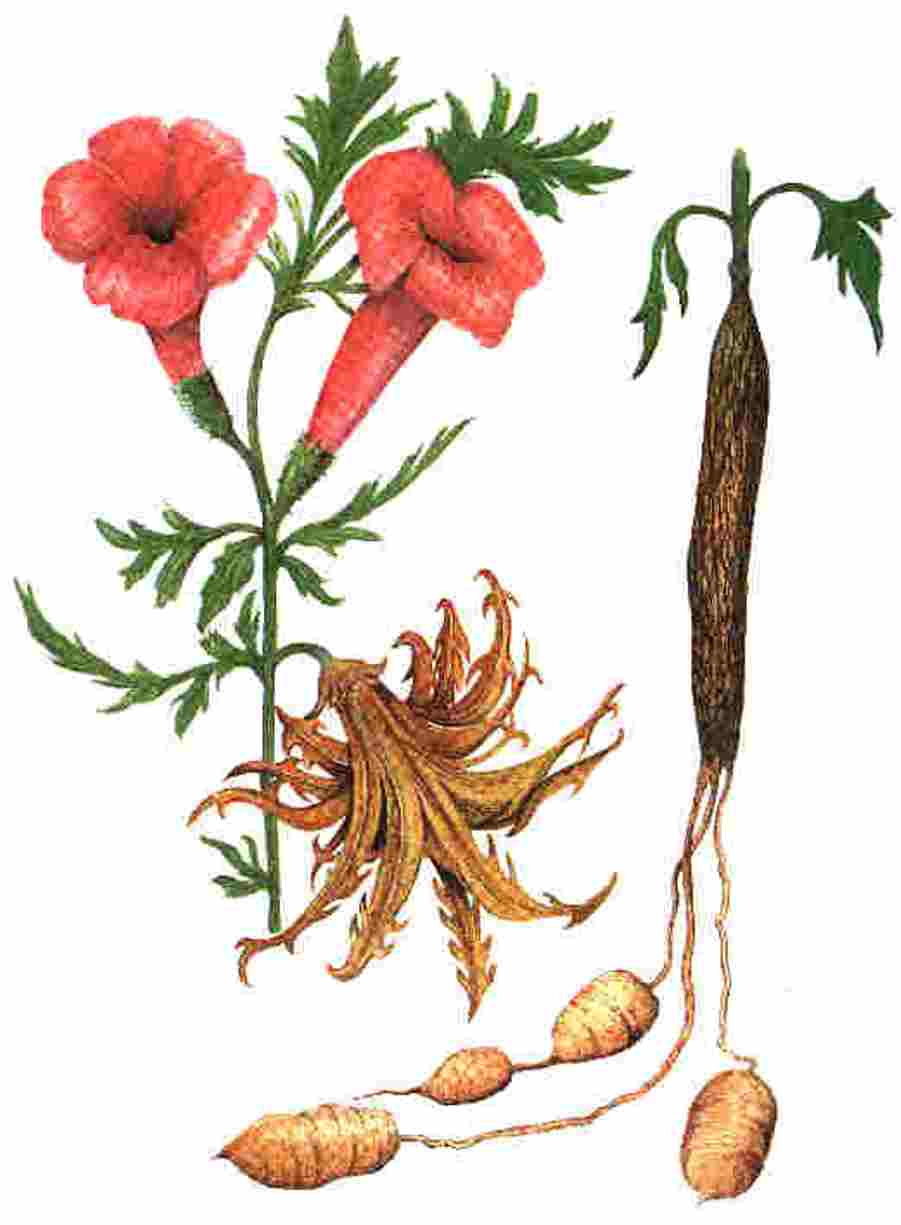 Description –
Harpagophytum procumbens is an herbaceous species characterized by red-violet flowers. It has secondary roots, storage organs with a diameter of 6-20 cm, which can reach a weight of 600 grams. The fruits have hooks (hence the name of the plant) to which animals and rodents can get entangled and die of hunger.

Cultivation –
The devil’s claw is a medicinal plant that is easy to grow. In our climate, it must be protected from night frosts. The plant does not need watering that should be granted only in summer and only in particularly dry periods. It prefers sandy and well-drained soils. It develops very quickly and cultivation can begin with sowing in the spring period. For the cultivation technique, the following sheet can be consulted.

Uses and Traditions –
Devil’s claw is widely used in traditional African medicine. Its medicinal properties seem to have been discovered by the various populations of southern Africa who used it to treat digestive problems, rheumatic forms, arthritis and to reduce fever.
Its effects have been known to Africans for centuries; its roots were used by Bushmen, Hottentots and Bantu to treat wounds and soothe joint pains. They were also attributed digestive and therapeutic properties for gastrointestinal problems. In Europe these qualities began to be studied only in the early twentieth century; it was first used as a bitter tonic in cases of indigestion and only afterwards its anti-inflammatory and analgesic properties were confirmed.
The anti-rheumatic and anti-inflammatory efficacy of Harpagosides (which are the active ingredients contained in the root) can be compared to that of synthetic anti-inflammatories. It is coadjuvant for: rheumatoid arthritis, inflammatory rheumatism, tendinitis, bruises, back pain, sciatica, and the like. Very effective against torticollis and other muscular inflammations.
The root of the devil’s claw, of which the dry extract is used, also favors the elimination of uric acid and in this way is effective in the treatment of gout, especially if associated with preparations of ash, which have an anti-inflammatory component.
The devil’s claw is an anti-inflammatory that would help reduce swelling and pain. Its intake, in ointment or tablets, is for example proposed against atherosclerosis, arthritis, gout, muscle pain, back pain, tendonitis, chest pain, gastrointestinal discomfort, gastroesophageal reflux, fever and migraines. It has also been used in cases of difficulty during delivery, menstrual problems, allergic reactions, loss of appetite and kidney or bladder problems. However, it does not appear that Efsa (the European Food Safety Authority) has approved any claim that justifies the proposed uses.
In the use of its products, however, it is necessary to act behind medical consultation as the devil’s claw could reduce the rate of metabolization of certain drugs by the liver (in particular active ingredients that are modified by cytochrome P450 2C9, cytochrome P450 2C19 and cytochrome P450 3A4) increasing the effect or side effects. It could also increase the effect of anticoagulants (thus increasing the risk of bruising and bleeding) and that of antidiabetics (increasing the risk of hypoglycaemia) and reducing the effectiveness of some drugs used to reduce gastric acidity.
Its oral intake is considered safe if the recommended dosages are not exceeded, at least in case it is carried out for no more than one year. However, in about 8% of cases, devil’s claw treatment was associated with an unpleasant adverse effect: diarrhea. In addition, your intake may trigger nausea, vomiting, abdominal pain, headaches, tinnitus, menstrual problems and changes in blood pressure. Moreover, Harpagosides can be contraindicated in case of peptic ulcer, gallstones and cardiovascular problems. On the other hand, there is insufficient information on its safety during pregnancy and lactation.

Preparation Mode –
The effectiveness of the devil’s claw is at daily doses of aqueous extract containing 50-100 mg of Harpagosides, for at least four weeks.
The decoction prepared with these plants should be consumed two to four times a day, but only after medical consultation.