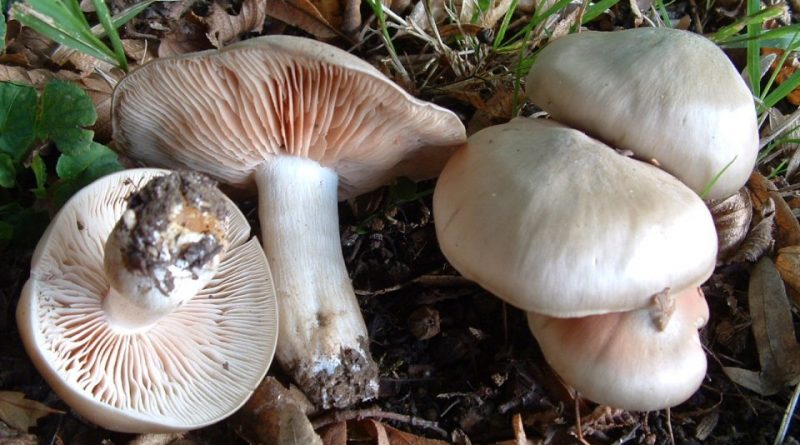 Systematics –
From the systematic point of view it belongs to the Eukaryota Domain, Fungi Kingdom, Basidiomycota Division, Basidiomycetes Class, Agaricales Order, Entolomataceae Family and therefore to the Entoloma Genus and to the E. sinuatum Species.
The term is synonymous: Entoloma lividum (Bull.) Quél ..
The term Agaricus lividus Bull is obsolete.

Etymology –
The generic term Entoloma derives from the Greek εντός entόs, inside and λῶμα lóma hem, fringe: with the edge rolled inside. The specific epithet sinuatum comes from sinuo curve, bend: due to the presence of curved or wavy elements.

Geographic Distribution and Habitat –
Livid Entoloma is a fungus that grows gregarious or bushy and bears fruit from late summer to late autumn in deciduous woods. It is found in humid places with any type of soil, but prefers calcareous soils, in groups of two or three specimens also united at the base of the foot. Even if it is a very common mushroom, its birth is linked to particular meteorological conditions that; in fact it cannot be found for some years, while in other periods it appears abundant. 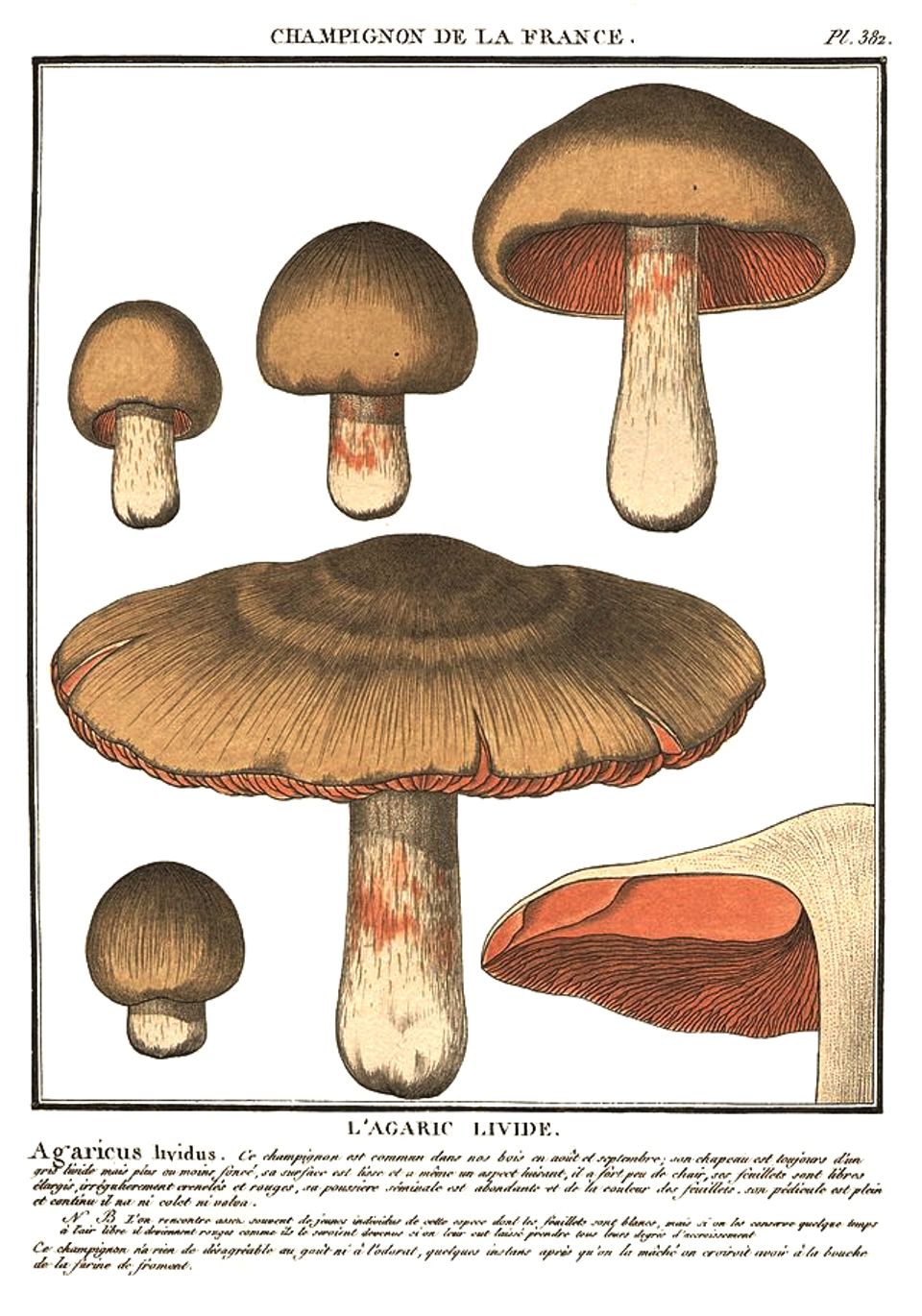 Recognition –
Entoloma sinuatum is recognizable by the hat, 5-20 cm in diameter, fleshy, first spherical, then convex and umbonate and finally flat-depressed, which has a wavy and sometimes involute edge and is ash-colored or light-gray and fibrous. The lamellae are adnate, quite spaced, initially yellowish then orange-salmon because of the dirty. The stem is cylindrical, slender and irregular. The meat is immutable white, with the smell of rancid flour, unpleasant but sometimes grateful for bread dough and with a similar taste. Under the microscope there are spores of 9-11 x 7-8 μm, polygonal, salmon-pink in bulk.

Cultivation –
Entoloma sinuatum, due to its toxicity, is a fungus of no interest to cultivation.

Uses and Traditions –
Entoloma sinuatum is a poisonous, though rarely fatal, mushroom. It must therefore be recognized with certainty and not be caught by its appealing appearance. In France it is called “la perfide” (ie the treacherous one) because of its captivating appearance and the easy confusion with the double that is the foggy agaric (widely consumed and considered edible, but also causes poisonings due to accumulation of toxins ). It is however also known by the synonym of Entoloma lividum.
This fungus causes particularly severe gastrointestinal syndrome and has been the cause of fatalities in the case of consumption significant quantities.
They are similar species, with which it can be confused, but also toxic: Lepista nebularis, which however has the decorrent and unadorned lamellae like those of the Antoloma sinuatum, the Hygrophorus penarius, which is distinguished by the clearest hat, to sometimes with some forms, of the Lyophyllum fumosum and with Clitocybe nebularis, suspected of toxicity, which has white and not pink lamellae, decurrent from the stem and not free, more dense and regular, and with a characteristic non-flour smell.

Preparation Mode –
Entoloma sinuatum is a poisonous mushroom that should not be consumed in any form or quantity.