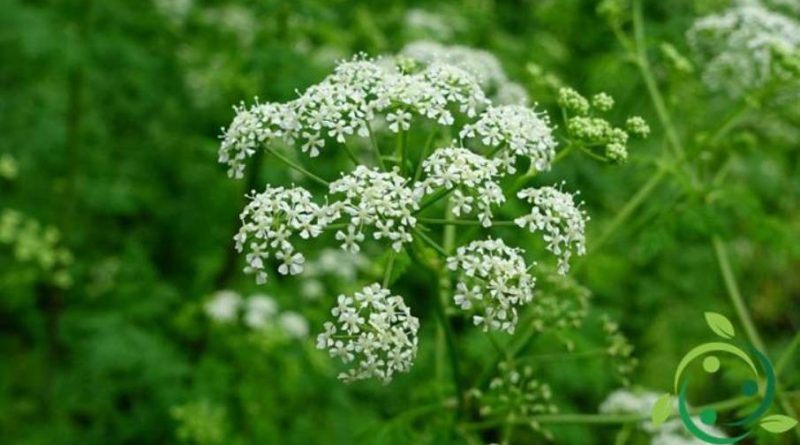 How to grow hemlock

The greater hemlock (Conium maculatum L., 1753) is a herbaceous species belonging to the Apiaceae family, with a two-year cycle that can be found up to 1800 meters above sea level.

This plant of ancient European origin, is found widespread in all the mountain areas of the Old Continent, North and East Africa and Asia. It is also found on all continents from North America to the South, from Australia to New Zealand. In this sheet we will see how to grow the hemlock and the most useful agronomic measures.
The cultivation of hemlock, however, is rather simple, knowing that it is a plant that needs fresh soil and a mild climate, where the areas of shade prevail over those of direct sun. Remember, however, that the cultivation of hemlock is not very common, as it is a toxic plant whose field of use is extremely low.
The parts used are the leaves and the fruits and the best method for the collection of hemlock is to completely cut the plant with a mower, without making any selection. Only later, can the fruits and leaves be separated from the rest of the plant. While the fruits are collected through vibrating rollers that make them fall inside the grids below, the leaves are cut from the stem with blades or scissors. Obviously for small crops all must be done manually.

Remember that leaves and fruits have different balsamic times, so that a good harvest should be either just leaves or just fruit. For this reason, since the plant is biennial, the first year only the leaves are processed and the fruits are harvested, in the second year, both work and the fruits of the first year are planted for a new culture.
The history of hemlock, especially from Socrates onwards, is famous. Both the Greek and the Arab doctors were accustomed to using it for the treatment of swelling and joint pains, as well as for skin affections. They also believed it could affect scrofles.
Remember that the whole plant is noticeably poisonous and can lead to death by the presence of at least five different alkaloids: the conjugate, the dihydrine, the pseudoconhydrine, the methylconicin and the conicein. The conjugate, a neurotoxin, is the most active alkaloid and acts at the level of neuromuscular synapses. The concentration of toxic active ingredients varies according to the part of the plant, in particular: green fruits: 0.73 – 0.98%, ripe fruits: 0.50%, flowers: 0.09 – 0.24%, leaves: 0.03 – 0.18%, stems: 0.01 – 0.08%, roots: 0.05%.
It is believed that the deadly dose for a human being is a few grams of green fruits. In humans, the ingestion of hemlock causes digestive problems, headaches and later paresthesia, decreased muscle strength, and finally an ascending paralysis.
Conium maculatum is a plant that is toxic both for livestock and for humans, and for this reason it is ignored by herbivores. The lethal dose for a horse is about 2 kilograms of leaves, while just over half a kilogram is sufficient for a cow. The lethal dose for a sheep is around 200 grams. The birds, on the other hand, are generally immune to them. The poison also acts indirectly, that is, it leads to poisoning even after the ingestion of an animal that had previously eaten it.
Instead, the only therapeutic application obtained from the use of hemlock in phytomedicine is the analgesic one. In fact it manages to depress (to sleep) the nerves. Fruit plasters were widely used to combat neuralgia and even pain caused by tumors.
Given the poisonousness and toxicity of this plant, herbal preparations are prohibited and any drugs in circulation are available only in the pharmacy.