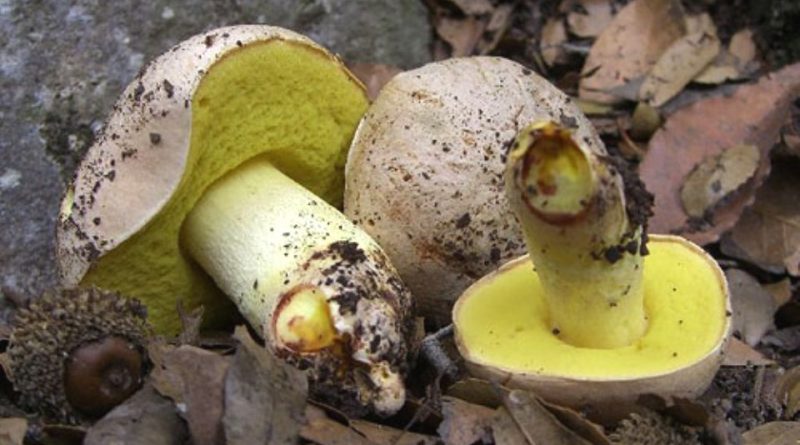 Boleto a granular hat Boleto elegant (Boletus impolitus Fr.) or (Hemileccinum impolitum (Fr.) Šutara 2008) is a symbiotic mushroom belonging to the Boletaceae family. In 2008 it was included in the genus Hemileccinum for its characteristics different from Boletus.

Systematics –
From the systematic point of view it belongs to the Domain Eukaryota, Kingdom Fungi, Basidiomycota Division, Class Basidiomycetes, Order Boletales, Family Boletaceae and then to the Genus Hemileccinum and to the Specie H. impolitus.
The term Xerocomus impolitus (Fr.) Quél is synonymous. 1888.

Etymology –
The term Boletus is of controversial etymology: according to some authors it derives from the Greek βωλήτης bolétes, with which the Greeks called a kind of mushroom (from βωλος bólos with the meaning of gleba, clod, bush, because growing among the clods or bushy places); others instead believe that the meaning of βωλος is to be extended to the ball, since the hat of most mushrooms is globose; for other authors it still derives from Bolites, name with which the Romans indicated the best edible mushrooms, even if originally referred to only the ova (Amanita cesarea), but soon used to call also porcini. The specific epithet impolitus comes from the prefix adversative in- and from politus elegant: inelegant, not smooth, rough, rough.

Geographic Distribution and Habitat –
Boletus impolitus is a symbiotic mushroom that grows solitary or in small groups in the period between summer and autumn; it is found from the summer to the beginning of autumn in the broad-leaved woods of the Mediterranean, with preference in damp and clayey soils. 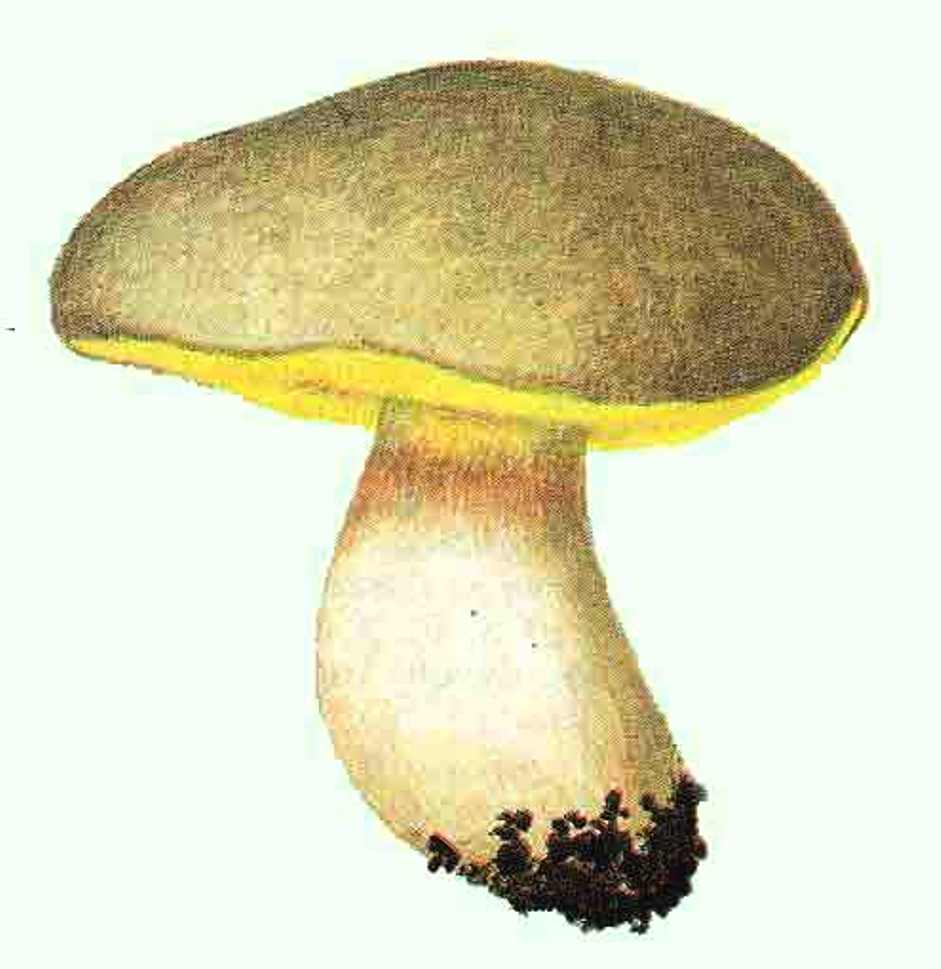 Recognition –
Boletus impolitus is recognized for the 5-18 cm diameter hat, first hemispheric and then convex, to finally become flattened, with a velvety cuticle, then smooth in the adult specimens, of a characteristic ocher yellow color or light chamois. The pores are minute and concoloured to the tubules that are long, rounded to the stem, first yellow and then yellow-green. The stem is 6-15 x 2-6 cm, firm, full, slightly ventricose, cream-white in color with light-yellow hues and no lattice. The flesh is firm, yellowish, unchangeable, with a more pronounced phenol smell at the base of the stem and with a sweet taste. Microscopic analysis shows spores of 9-15 x 4.5-6 μm, from ellipsoidal to fusiform, smooth, guttulate, brown-olive in bulk and tetrasporic basidia of 22-30 x 8-10 μm.

Cultivation –
Grained hat boletus is not a cultivated mushroom.

Uses and Traditions –
Boletus impolitus is considered a fungus of good edibility although it is recommended to eliminate the base of the stem that gives off a characteristic odor of phenol.
It is a species that can be confused with B. appendiculatus or B. fechtneri, both edible, but differs from these due to the lack of reticule on the stem and for non-viral meat. Often even if the outward appearance is beautiful and the fungus looks young, when you go to cut the meat you see that it is widely marked by the larval passes.

Preparation Mode –
The Boletus impolitus in the kitchen proves perhaps better than the best known porcino belonging to the Edulis group. It can be used to prepare soups. There are those who recommend to consume the species preferably mixed with other boletus of greater value to be more pleasant. In any case it can be kept dry or in oil also in mixture with other mushrooms.